We received complimentary tickets to The Secret Life Of Pets 2 screening, but all thoughts and opinions are my own. 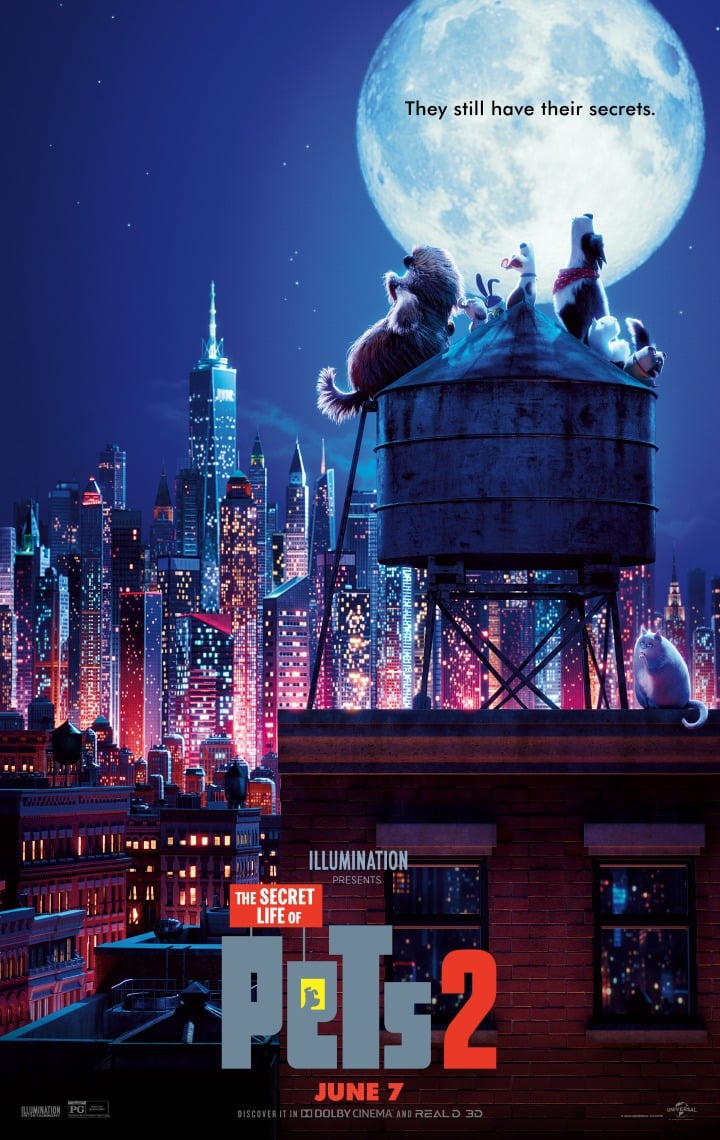 I have a confession: I wasn’t excited about The Secret Life Of Pets 2 coming out. I didn’t love the first one. (Cringes and hides.) It was ok, but it was one of the movies where the trailer covered all of the funny parts. Although my kids loved it, I could take it or leave it.

But it’s summer, and a movie is a perfect summer evening activity so we took the family. The Secret Life Of Pets 2 is 100% a case where the SEQUEL IS BETTER THAN THE ORIGINAL. I could hear husband laughing out loud two seats over from me. Unlike the original, the sequel appeals to adults AND kids alike. 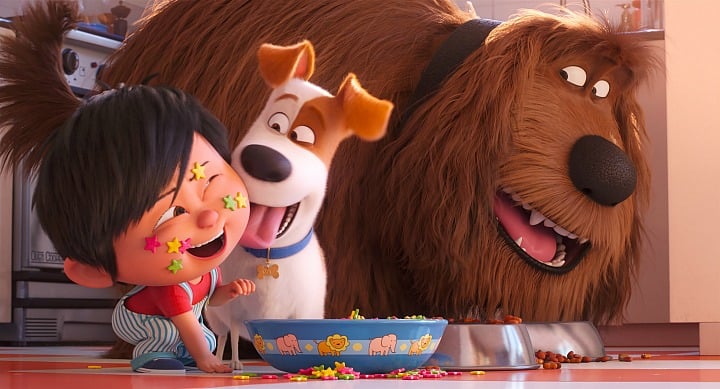 About The Secret Life Of Pets 2:

Terrier Max (Patton Oswalt) is coping with some major life changes. His owner (Ellie Kemper) is now married and has a toddler, Liam. Max is so worried about protecting the boy that he develops a nervous tic. On a family trip to a farm, Max and mutt Duke (Eric Stonestreet) encounter canine-intolerant cows, hostile foxes and a terrifying turkey, all of which only elevates Max’s anxiety. Luckily, Max gets some guidance from veteran farm dog Rooster (Harrison Ford, making his animated-film debut), who pushes Max to ditch his neuroses, find his inner alpha, and give Liam a little more freedom.

Meanwhile, while her owner is away, plucky Pomeranian Gidget (Jenny Slate) tries to rescue Max’s favorite toy from a cat-packed apartment with a little help from her feline friend, Chloe (Lake Bell), who has discovered the joys of catnip.

And crazy-but-cute bunny Snowball (Kevin Hart) gets delusions of grandeur that he’s an actual superhero after his owner Molly starts dressing him in superhero pajamas. But when Daisy (Tiffany Haddish), a fearless Shih Tzu, shows up to ask for Snowball’s help on a dangerous mission, he’ll have to summon the courage to become the hero he’s only been pretending to be.

Can Max, Snowball, Gidget and the rest of the gang find the inner courage to face their biggest fears?

Also, you guys — HARRISON FORD!!! Yes!!!!! HIs voice is so perfect for the wise farm dog. I hope he does more animated films in the future. 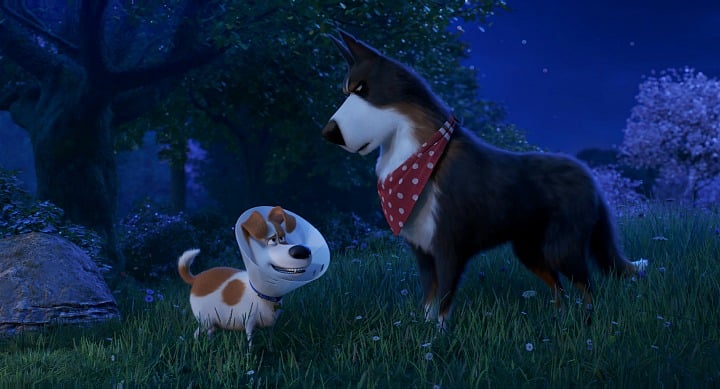 Is there anything scary? There is a small part where wolves chase the pets, but it isn’t enough to avoid the movie. We took our two-year-old with us, and she definitely cringed and snuggled a bit more in my lap during the scene, but it was short and she clearly enjoyed the rest of the movie. There were plenty of giggles for her throughout the movie, and when it was over she clapped her hands and said, “I like pets!”

The Secret Life Of Pets 2 is in theaters June 7. In the meantime, I hope you enjoy this music video as much as my kids did.

See more clips from the movie and explore the characters at TheSecretLifeOfPets.com

Before heading to the movie theater to watch The Secret Life Of Pets 2, make a special movie-themed snack like the Puppy Chow I created when my family watched the original movie. My oldest told me it was the only thing missing from our night out. 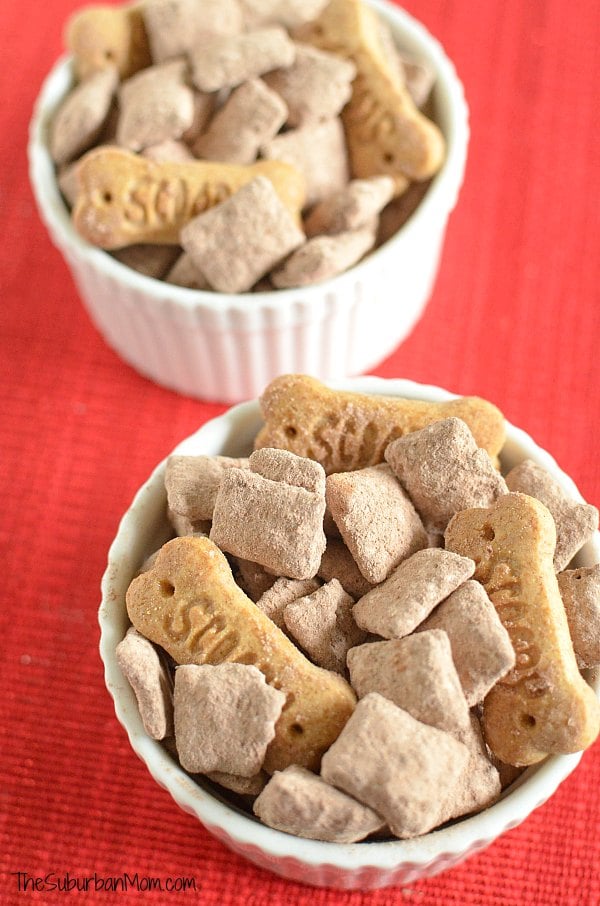