Thank you to Disney for hosting me at Pixar Studios to learn about Bo Peep in Toy Story 4.

This summer, the gang is back in Toy Story 4. Nearly 25 years after we first met everyone’s favorite toys, they’re back with a new adventure that lands them in the path of an old friend — Bo Peep. But Bo Peep isn’t the same frilly porcelain doll we remember, she’s led a different life since the Toy Story friends saw her last. 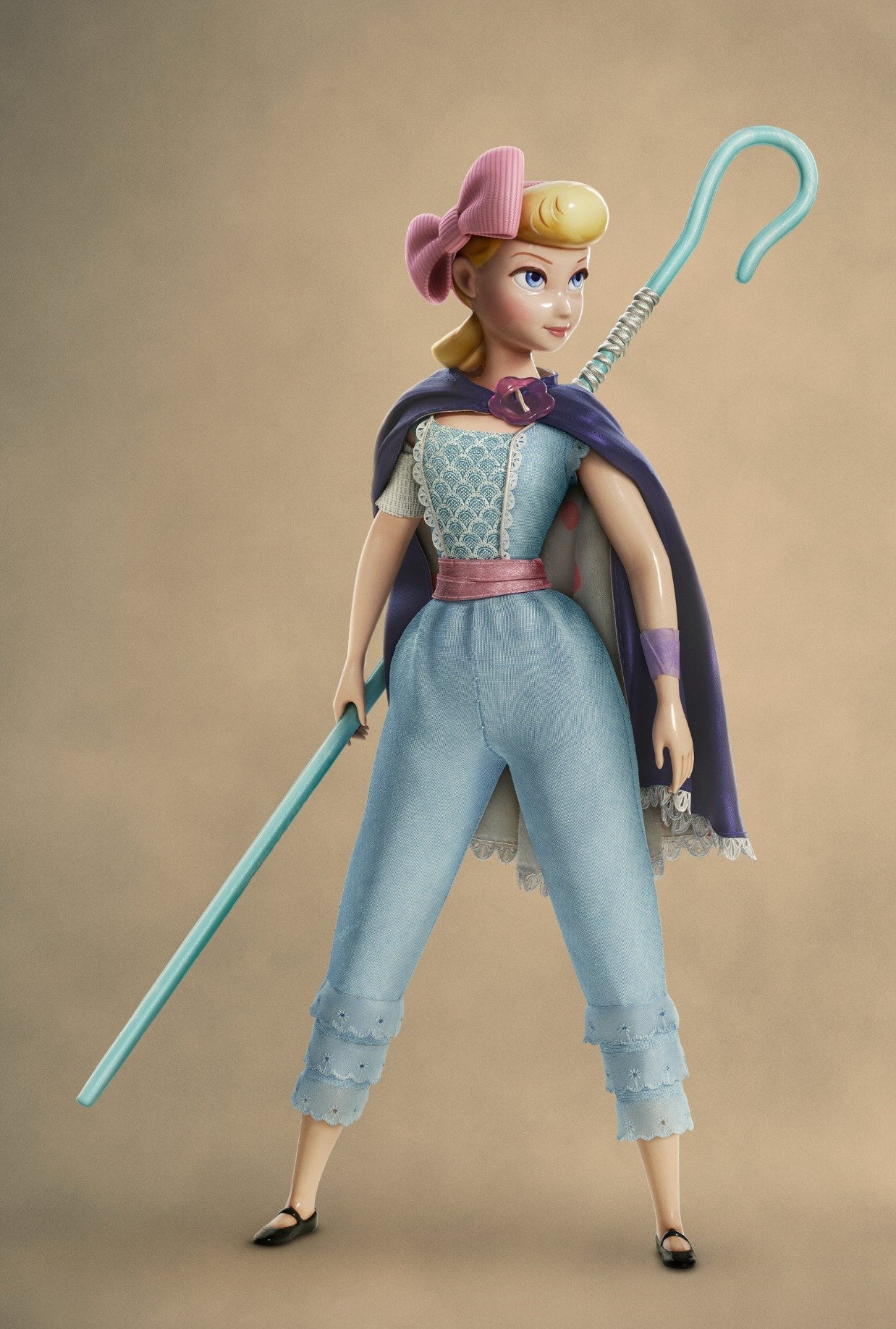 When I visited Pixar Studios to learn about Toy Story 4, I couldn’t wait to learn about Bo Peep. Her new look hints at big changes, and I had so many questions about what it meant for Bo Peep. I learned a lot about her new look and her new attitude from some of the crew who worked on her, and I am excited to share more about Bo Peep in Toy Story 4. 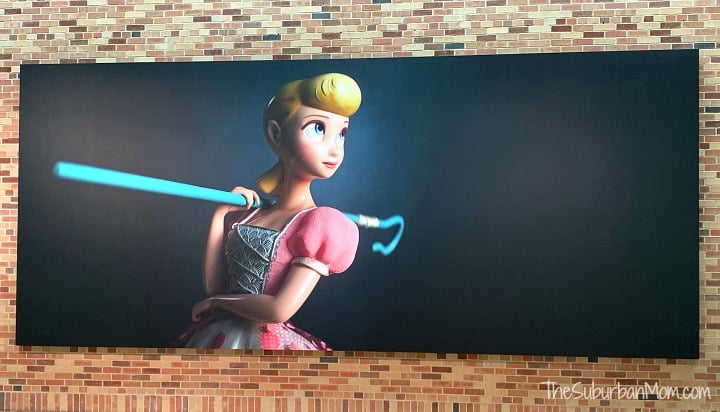 Bo Peep Is THE Unanswered Question – It’s been 20 years since we’ve seen Bo Peep (she was last seen in Toy Story 2). There was a brief mention of her in Toy Story 3, but we really don’t know what has become of her.

Bo Peep was a central piece of the reason we made Toy Story 4. She is the big unanswered question. What happened to her?

Bo Peep’s  New Look – Bo Peep returns with a striking new look. Gone is her full skirt, replaced by pants and a cape. Her new look is the source of many questions, but it soon becomes apparent that it is a source of practicality that also reflects the new Bo.

Annie Potts Returns – Despite Bo Peep’s journey and 20 years, Annie Potts returns to Toy Story 4 as the voice of Bo Peep. Sidebar: Mr. Potato Head is still  Don Rickles in Toy Story 4. His part was pieced together entirely from audio recorded for his many parts as Mr. Potato Head after his passing in 2017.

Who is the new Bo? – It’s not just a new outfit, it’s a whole new Bo Peep. While she has always been a leader, the last 20 years have helped shape a stronger leader. In Toy Story 4, she becomes a heroine little girls can look up to, and I know my daughter is going to love her.

She is a character who decided she didn’t want to sit on a shelf and wait for life to happen. She had to learn how to adapt, she takes chances and is somewhat unpredictable.

Maybe It’s Not So Bad Being A Lost Toy – Since the original Toy Story, we have understood that being a lost toy is the worst fate for a toy. But Bo Peep flips this notion on its head when she reveals her journey as a lost toy and why she has chosen to remain a “lost toy.”

Athletic And Feminine – As porcelain doll, animators had the challenge of creating a character who was both athletic and feminine. They did so by carefully balancing the way she would protect herself as a porcelain doll and her ability to be the toy she wants to be.

Bo is posied, purposeful and strong. Much like dancers and gymnasts.

Bo Peep’s Sheep Are Girls – A fun surprise for Toy Story fans is the revelation that Bo Peep’s sheep are actually girls. Of course, they are! And their names are Billy, Goat, and Gruff.

Her new BFF is Giggle – Bo Peep hasn’t been alone on this journey. Somewhere along the way she met her tiny pal, Giggle McDimples.

Seven Minutes – Although Bo Peep is an easily recognized character, her total screentime in Toy Story and Toy Story 2 was seven minutes. That’s it. Imagine how much more we are going to learn about her and her journey in Toy Story 4.

Bo Peep Doesn’t Play By Toy Rules – Unlike other toys, she can break her default toy mode. This means that when she becomes a toy for a kid she can choose what pose she is locked into giving her the ability to choose what type of toy she will be. Giving her control over playtime.

After watching a series of teaser clips (including the first 20 minutes of the film), I can’t wait to see how it ends! I have my theories, of course, but the Pixar crew was tight-lipped. Will Bo Peep remain a lost toy? Will Woody find his way back to Bonnie or become a lost toy himself? And Forky? What happens to Forkey?

Presale tickets are now available, so if you are as curious as I am about seeing what happens next go ahead and reserve your seats today!

Can’t get enough Toy Story? Check out these special Toy Story 4 events before the movie opens. Visit Fandango.com for more information and to find participating theaters.

For all things Forky, check out my previous post 15 Forky Finds For Fans.

All links on this site may be affiliate links and should be considered as such. The Suburban Mom is a participant in the Amazon Services LLC Associates Program, an affiliate advertising program designed to provide a means for sites to earn advertising fees by advertising and linking to Amazon.com
62 Shares
Share62
Tweet
Pin