Thank you to Disney for hosting me at Pixar Studios to learn about Toy Story 4.

Toy Story was the first computer animated, full-length film. It was unlike anything we had ever seen before, and it forever changed animation. There was so much depth and life to Toy Story, it became the new standard. But that was 24 years ago, and computer animation has come a long way since then. Toy Story 4 raises the bar and brings a new level of realism to immerse audiences into the world of toys.

In other words, the level of detail in Toy Story 4 has gone to infinity and beyond. 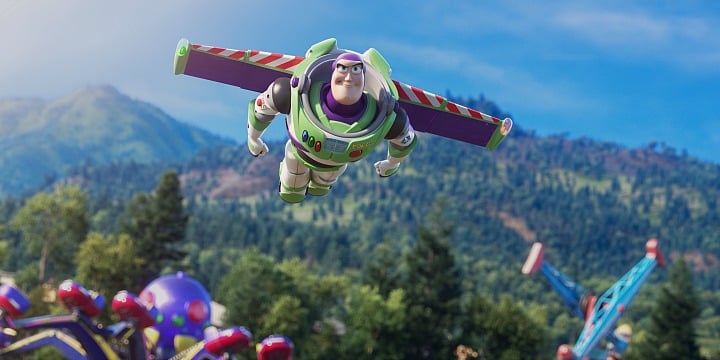 As I sat in the Pixar Animation Studios listening to the crew explain how much has changed in the world of animation I let out an audible gasp seeing the side-by-side images showing detail differences from Toy Story to Toy Story 4. (A gasp I know was audible because I heard myself gasp while relistening to my recordings from the day.)

When Pixar began to create Toy Story, the 81-minute feature was a daunting task compared to Pixar’s previous record of a five-minute short.

In many ways, we really didn’t know what we were doing. It was a very seat of your pants process.

Because of the limitations in the software, Toy Story used very simple shapes in animation and rigging. Yet, Pixar was able to do what no one had done before in a believable way that captured our hearts. The team pushed the limits of the technology that was available and created a masterpiece that set the bar for future computer animation. A bar has been raised with each Toy Story movie. 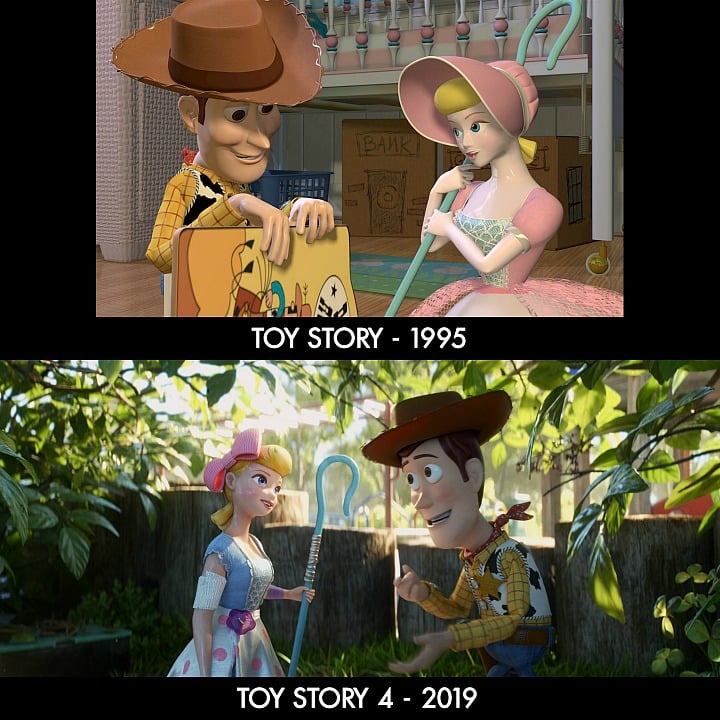 There has been a lot of talk about Andy’s look since the Toy Story 4 trailer dropped, and for good reason. Andy has come a long way. Because the focus of Toy Story was on the toys, not much time was spent developing the look of the humans in Toy Story.

It was not Andy’s Story, it was Toy Story so in the first movie we are not focusing on the humans. They are a huge challenge, but I think in Toy Story 4 we reached our goal of making appealing characters.

Advancements in computer animation and rendering capabilities have come a long way in 24 years, and it shows in Andy. The ability to bring a more realistic look to the humans took a huge leap between Toy Story 2 and Toy Story 3. Toy Story 4 takes that leap even further.

While I was at first taken aback by Andy’s change, watching Toy Story 4 as a whole movie I see why the change was necessary. The simple shapes of the original Andy would have stood out as odd among the complex forms of Toy Story 4. So instead of looking at Andy as having a facelift, I choose to look at Andy as a marvel of how far computer animation capabilities have come.

Another stark visual contrast between Toy Story and Toy Story 4 can be seen during the rain sequence in the opening scene of the movie. Whereas the crew from Toy Story struggled to create the very simple rain scene in the original movie, the water in Toy Story 4 is so realistic it is almost lifelike. 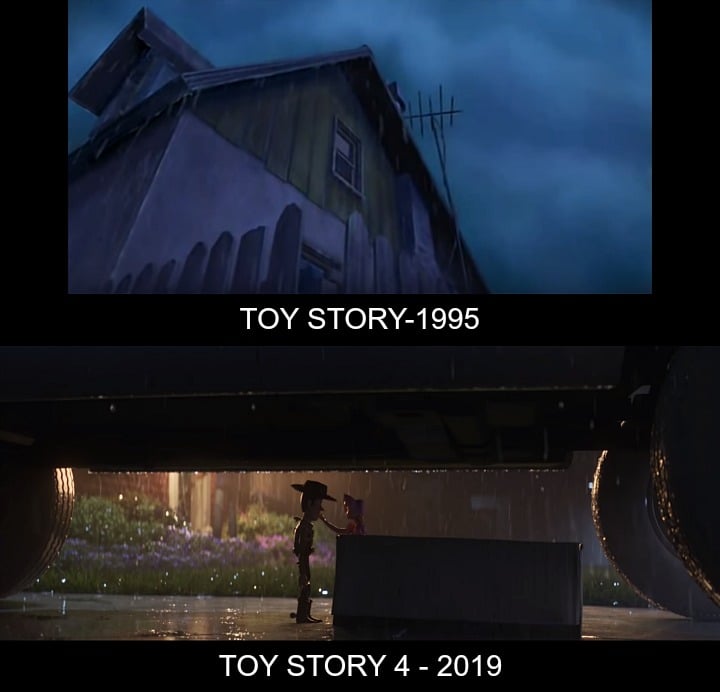 It’s funny, as many times as I have seen Toy Story, I’ve never once thought about how simple the animation was. Toy Story remains a treasure that doesn’t feel old, and yet to compare the movies side by side truly shows the growth.

On top of all of the items, there are dust particles and cobwebs. DUST and COBWEBS. It seems silly to be as excited as I am about these things that I spend my days trying to banish from my home, but these are the details that make Toy Story 4 so realistic.

Another striking detail is the use of lighting in Toy Story 4. The level of detail and number of light sources at the carnival and . in the antique mall would not have been possible in the ’90s. But today, it makes the scenes come alive.

Whereas the Dinoco gas station in Toy Story had 6-7 simple light sources, today the team would likely use 200-300 light sources to light up each of the individual details. 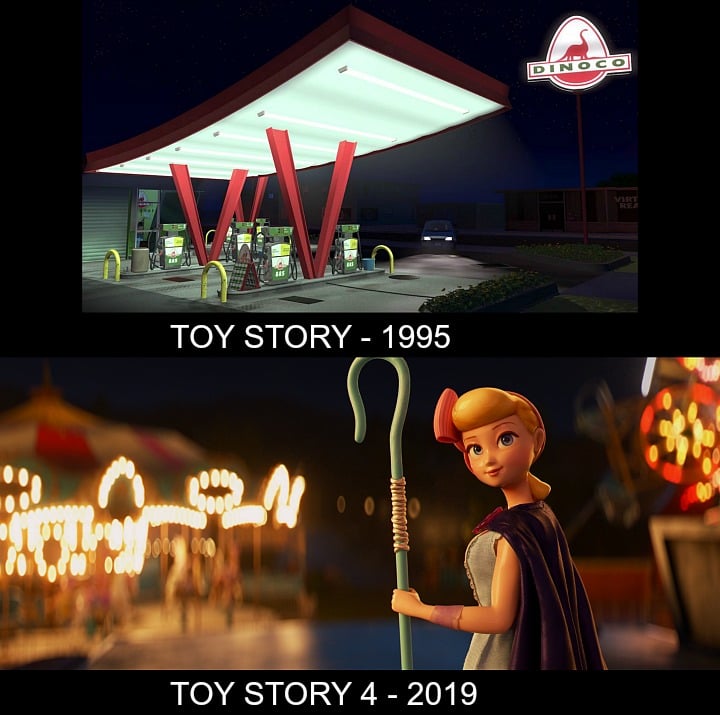 I could go on and on about the incredible care and detail in Toy Story 4. It truly is a beautiful work of art. Down to individual strands of hair and plush, technology and tremendous skill worked hand-in-hand to create a movie you have to see. I can’t wait to watch it a second time so I can marvel at the detail.

In the meantime, check out the dust particles in the air and details in the fuzzy pipe cleaners as you “Meet Forky.”