This spoiler-free Toy Story 4 review is hosted by Disney where I invited me to see the movie before it opens in theaters. But my love for all things Toy Story dates back to 1995.

We’ve been waiting 24 years for Toy Story 4, we just didn’t know it. But when the movie opens on June 21, everyone will understand why we needed this story. For anyone who is worried about messing with the Toy Story legacy, let me put your mind at ease. Toy Story 4 is Pixar gold. 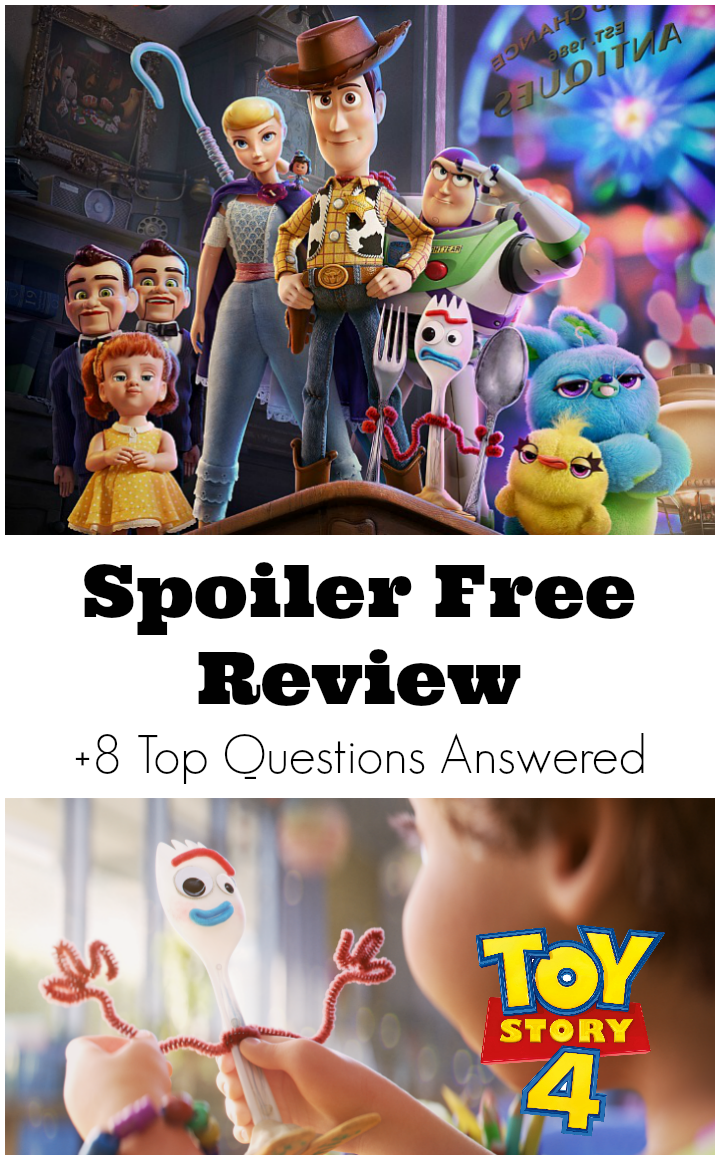 I promise not to spoil anything, frankly because I can’t stand spoilers. But I will tell you everything you want to know about the movie before you see it in this Toy Story 4 review.

Even more exciting are the opportunities Toy Story 4 opens up for more Toy Story short films and shows with the new characters.

Where Has Bo Peep Been?

Although briefly mentioned in Toy Story 3, we haven’t seen Bo Peep since Toy Story 2 (20 years ago). Toy Story 4 takes us on a journey to learn what became of the sweet shepherdess by catching up with her today. Did she get a new kid, did she get a lot of new kids, has she been lost? I am not telling, but she does and it helped shaped the toy she is today.

By the way, months ago I read an article speculating that Bo comes back as a villain in Toy Story 4. I feel the need to shout to everyone THAT’S NOT TRUE. She has grown and become a wonderful character, a heroic character, a character for little girls and little boys to look up to.

How Do New Characters Fit In With Old Friends?

In each Toy Story movie, Pixar has done a seamless job of introducing new toys that we can’t imagine the story without. Sometimes I have to remind myself that Jessie isn’t one of the original gang, but what would Toy Story be without her? Toy Story 4 continues the tradition with several all-new characters including Forky.

I’ve been obsessed with Forky since being introduced to him at the Pixar Studios this spring, and with good reason. He’s loveable, innocent and downright hilarious.

Want proof that the new characters are just as loveable as the original? How about a new series titled “Forky Asks A Question” already announced for Disney Plus. Yes, Pixar is already betting on Forky, and I promise it is a safe bet.

But Forky isn’t the only new toy. Ducky and Bunny and are a wise-cracking dynamic duo. Giggle McDimples is Bo’s tiny sidekick. Duke Caboom is a dare-devil looking for his place in the world. Gabby Gabby is the sweetest villain you’ve never wanted to run into at an antique store. And her henchmen vintrilaquest dolls, are downright terrifying. (But not to fear, not too terrifying for tiny viewers. Just the right level of Pixar creepy.)

Basically, the new toys are a wonderful blend of characters who instantly feel like old friends.

Should I Bring Tissues?

Yes, it’s a Toy Story movie after all. If you’ve ever teared up during the poignant scenes of a Toy Story movie, you will during this one too. Even my 11-year-old told me she teared up. It isn’t a boo-hoo sob, rather beautiful moments told like only Pixar can.

But don’t worry, Toy Story 4 is also jam-packed with laughs. Laugh-out-loud moments that might have you dabbing your eyes from laughing so hard. Good, clean laughs I will add – thank you Pixar.

Where Should I Look For Easter Eggs?

I cannot get over how many Easter Eggs are hidden throughout Toy Story 4.  The biggest collection of Easter Eggs ever is in the antique mall. In fact, every Pixar movie ever made is represented in the store. Keep your eyes peeled, but I admit that I am going to have to watch the movie a few more times to try to catch them all.

Another fun Easter Egg — toys from both of the Toy Story Short films also make an appearance in Toy Story 4.

Speaking of Easter Eggs, did you spot the one in the movie poster? Take another look! 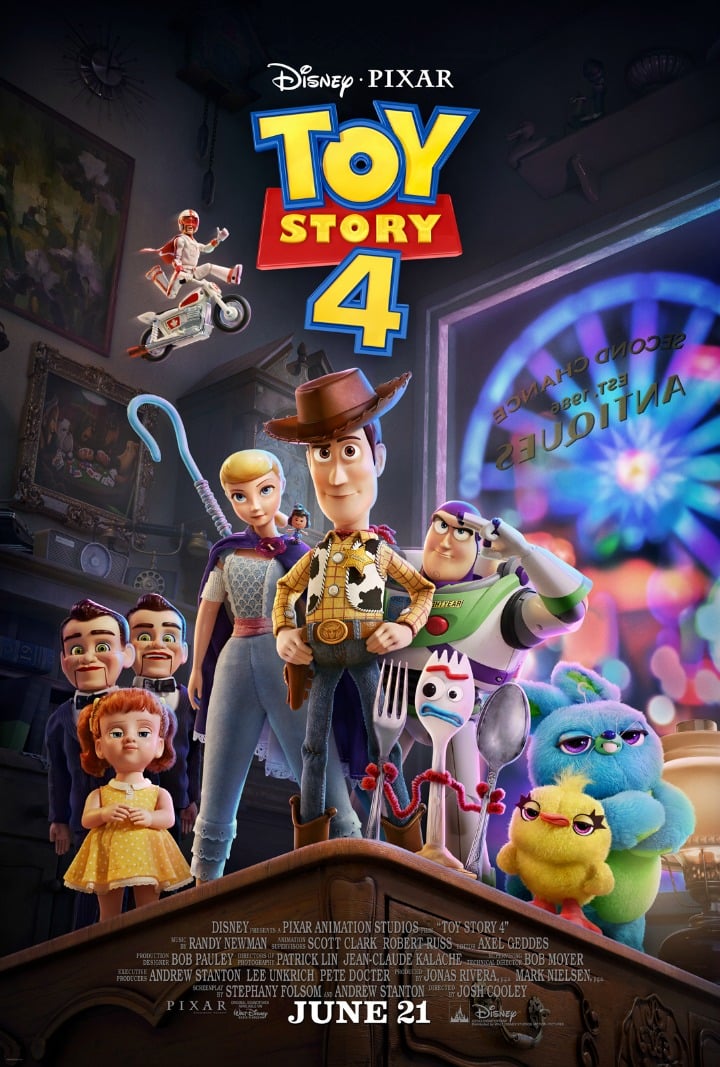 Is There A Pixar Short?

I’ve come to expect a new Pixar short film before Pixar movies, unfortunately, there isn’t one for Toy Story 4. I admit that I was (am) disappointed, but never fear — Toy Story 4 more than makes up for it.

HOWEVER, don’t get up from your seat too quickly. There is a post-credits scene that is worth waiting for.

Which Toys Are My Kids Going to Ask For?

All the toys. Plain and simple, your kids will want them all. Toy Story’s masterfully designed for maximum merchandising and the toys that have already rolled out are adorable.

My middle daughter wants to be Bo Peep for Halloween and insists she needs her staff and a Bo Peep doll. I want the Toy Story Little People set and a pair of Freshly Picked Toy Story moccasins for my youngest. And my oldest wants all of the Toy Story Loungefly bags. Basically, you can’t go wrong with the new toys.

Toy Story 4 Review Should I See It In Theaters?

Bottom line, go see it. You won’t regret it. Toy Story 4 is everything you hope it will be and more. It is this summer’s MUST SEE family movie.

Stay tuned for more Toy Story coverage including interviews with the cast, a behind-the-scenes look at the movie and more information about the new characters.