We are officially three weeks into summer, and outside of the week my kids went to zoo camp, they have been in the pool nearly every day. Sometimes it is just the two of them, but very often we have a revolving door of neighborhood friends stopping by to swim. It’s the perfect recipe for summer so are these 20 pool games for kids.

My kids and their friends spend a lot of time making up their own games in the pool, but sometimes they need a little inspiration. 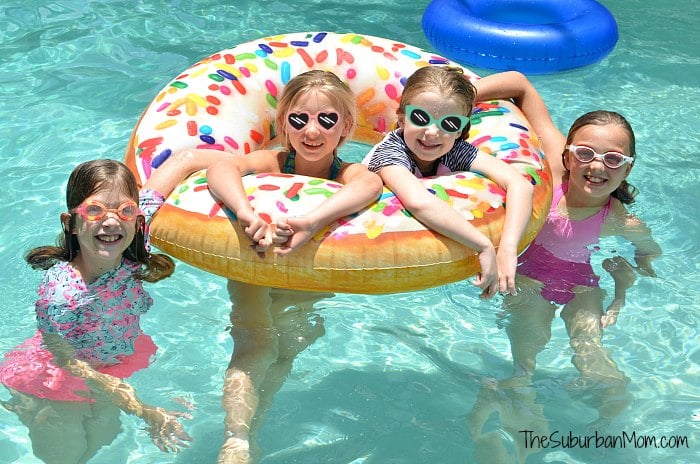 Fill several clear plastic bottles with water – no cap – and allow them to sink to the bottom of the pool. They become almost invisible. Then let swimmers dive down to search for them.

Popsicle is freeze tag in the pool. When someone is tagged, they stand straight with their hands above their head, like a popsicle. Players cannot be tagged while submerged under water, and they can unfreeze other players by swimming through their legs.

In noodle joust players mount rafts and floats holding pool noodles and whack each other trying to knock each other off their floats. In my experience this leads to lots of whacking and giggling. Just remind swimmers to stay near the middle of the pool.

Starting at one end of the pool, players swim under water as far as they can go — like a mermaid. When they come up for air, the player who went the furthest wins. 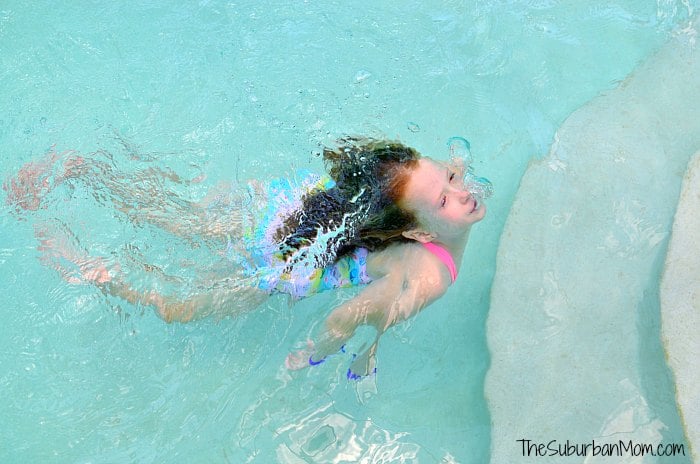 All players submerge under water while one player hums a tune. After a few seconds of the song all players come up for air and try to guess what the player was humming.

Ping pong balls are fun in the pool because they float. Dump a bucket full in the pool and have teams of swimmers collect as many as they can and put them in their team’s bucket. The team with the most at the end wins. A fun variation is to use a sharpie to put numbers on the balls. At the end of the game players add up the numbers and the team with the most points wins.

Swimmers challenge each other to see who can create the biggest splash by cannonballing into the pool. This can be played with all kinds of jumps, dives and flops into the pool with variations of what wins – smallest splash, loudest flop, craziest jump, etc. 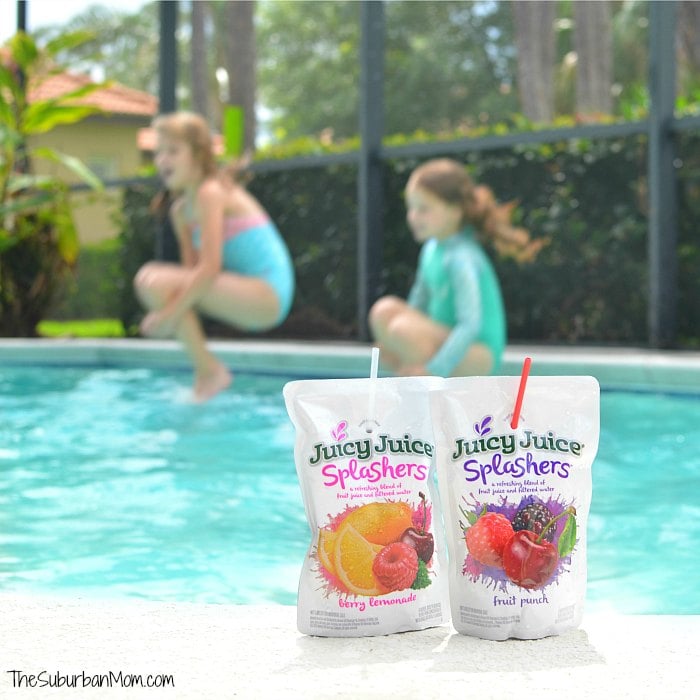 In this pool version of whack a mole, players bob in and out of the water quickly while the person who is “it” tries to whack them. Played with a beach ball or pool noodle, players are out when they are whacked on the head while out of the water.

Even those with limited handstand skills above ground can usually manage a handstand in the pool. The person who stays upside down the longest wins.

Diving sticks, diving rings, small toys, even loose coins — toss them in the pool and let players dive to collect the items. The person (or team) that collects the most wins.

A more environmentally friendly version of a water balloon fight. Make up a bunch of sponge balls to last all summer. Then kids can throw them at each other in the pool or out of the pool. Sponge ball tutorial here.

Swimmers must use their noses to push a beach ball as they race from one end of the pool to the other. No hands allowed! First one to the end of the pool wins. Bonus for making dolphin sounds. 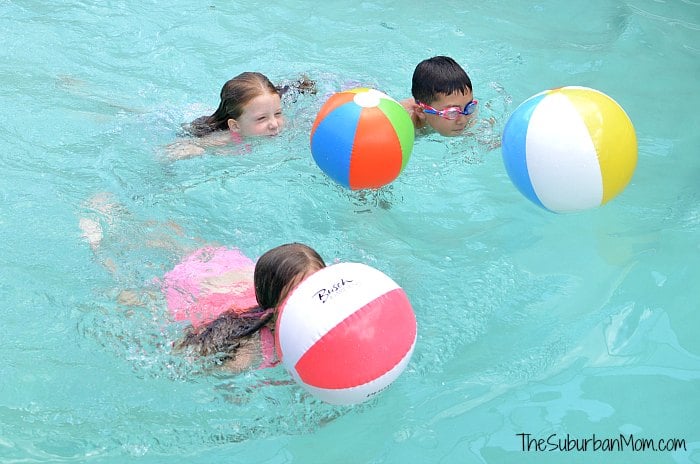 Players form a circle and walk/run as fast as they can in order to create a whirlpool in the middle of the circle. Once the whirlpool is created it carries all players around and around for a moment. Sure to create lots of giggles.

Players mount pool noodles like a horse and race from one end of the pool to the other. No swimming allowed, all players must kick and paddle while riding their seahorse to the finish line.

The pool version of the game H.O.R.S.E. is played by trying to make a basket. A pool basketball set can be used or pool noodles and a beach ball. Duct tape the ends of two pool noodles together to form a ring, then have players stand away from the ring and try to throw the beach ball into the ring. For each miss players are assigned a letter. The first person to earn F.I.S.H. looses the game.

After all that fun in the pool, kids are going to need a snack break. Keep them hydrated with Juicy Juice Splashers. The juice pouches are perfect to keep on hand to serve a crowd and come in three flavors kids love Fruit Punch, Berry Lemonade and Tropical Twist.

Juicy Juice Splashers Organic is a refreshing blend of organic fruit juice and filtered water, which contains 50% less sugar versus the leading juice, with no artificial sweeteners or colors and is packed with 100% Vitamin C.

Learn more about Juicy Juice Splashers Organic and where to buy them.

And one more pool game my kids love, drinking Juicy Juice Splashers in the pool. HA! They think it is a special treat. 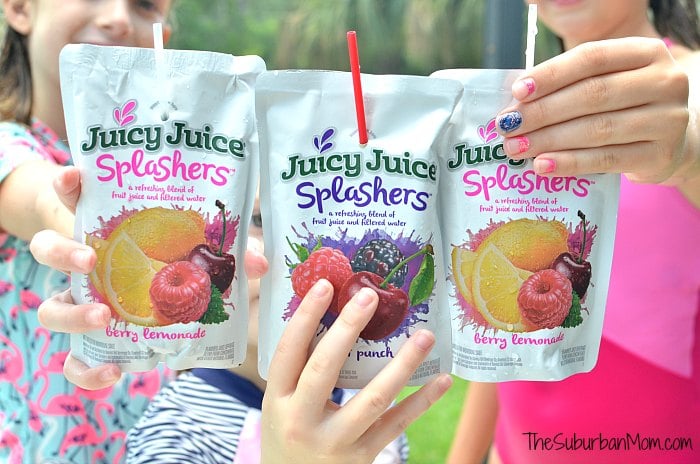