Have your kids watched Disney Zombies? Have your kids watched it and listened to the soundtrack on repeat – over and over? Mine are obsessed with the movie. So much so that Sissy got the great idea that they should dress up as Eliza, Addison and Zoey for Mickey’s Not So Scary Halloween Party 2018. The girls were thrilled to be recognized by lots of fans at the party, I think having the cheerleader with the zombie helped with that. My favorite part of the costumes was the easy DIY Z-bands. The motion-activated light-up bracelets were a hit. 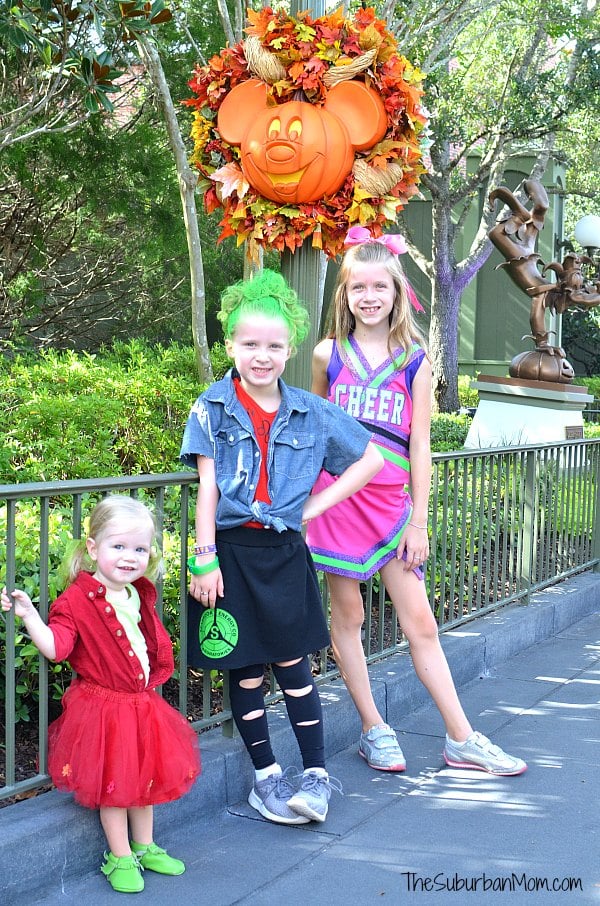 Unfortunately, none of the official costumes were available until early September and we went in August. So that meant mom had to get creative. In the end, I like the way our DIY Disney Zombies costumes came out even better than the official ones. So I am sharing how we used thrift store finds to create our costumes — no sewing required!

Whether it is the cool-teenager vibe or the green hair, Sissy loves Eliza. Because Zombies are a little rough around the edges, thrift store chic is perfect for this costume. Although we switched things up a bit, this is Eliza’s look we recreated.

Another great place to look for inexpensive pieces for the costume is the shopping app Mercari. Plus if you use this Mercari link you get $10 shopping code for your first purchase.

Tip, I bought a women’s red shirt, then I cut the sleeves and tied the edges together to take up the slack. It worked perfectly and Sissy thought it was totally something Eliza would do. So look in your closet too!

For the leggings, I took a pair of scissors to a pair of black footless tights. I had her put the tights on so I could see the right placement of the holes. Then I pinched the tights away from her skin and made snips. Even after a full night at Disney, they still look the same as when I first cut them.

I ended up cutting off the sleeves of the long sleeve denim shirt since it was 90+ degrees at Disney. I think Eliza would approve of the rough edges and practicality of not overheating. 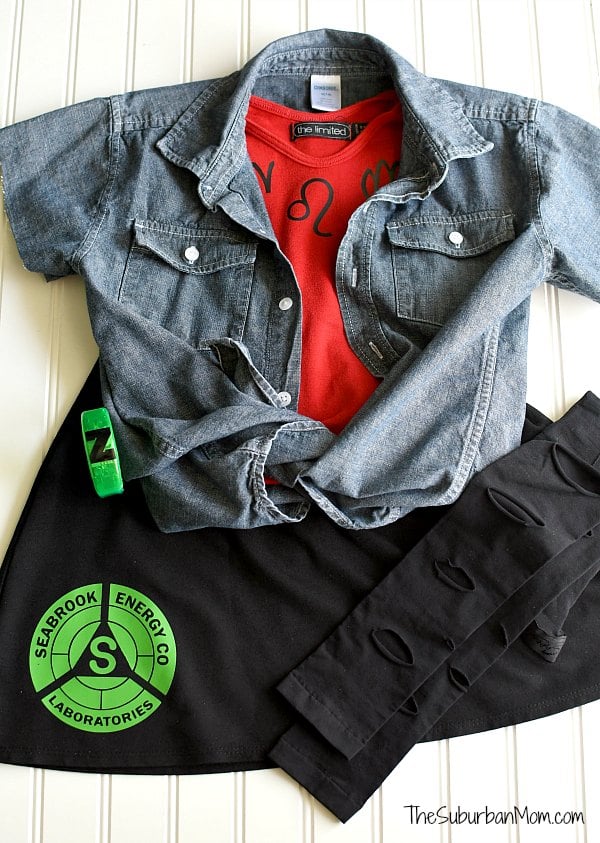 I used heat transfer vinyl to create the Zombie language around the neck of the red shirt. The easiest way to do this is with a Silhouette machine, but if you don’t have one you can cut the vinyl by hand using the template I created.

I also used heat transfer vinyl to create the Seabrook Lab logo. Thanks to my husband for helping me recreate the logo, he did such a great job! This one would be much harder to cut out by hand since it is so intricate (sorry!). If I didn’t have my silhouette, I would probably cut out a large green circle and then cut an “S” out of the middle of it. It would give the same idea. I cut my logo with a 4.5-inch diameter.

Attach the heat transfer vinyl according to package directions.

Then came Sissy’s favorite part – the green hairspray. Be sure to spray outside! 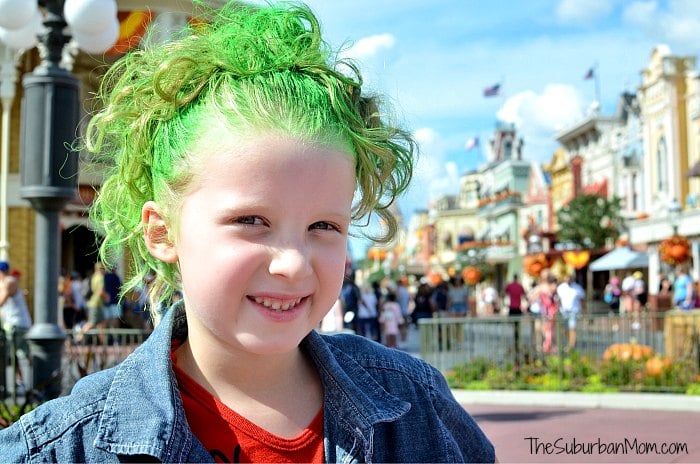 This costume was much less DIY. This was a straight-up Amazon purchase. (Sorry!) But since the official costume wasn’t available yet, we had to find something that worked. And this pink and green cheerleading costume was perfect.

Don’t mind the woman wearing the costume in the photo, these are defiantly youth sizes. 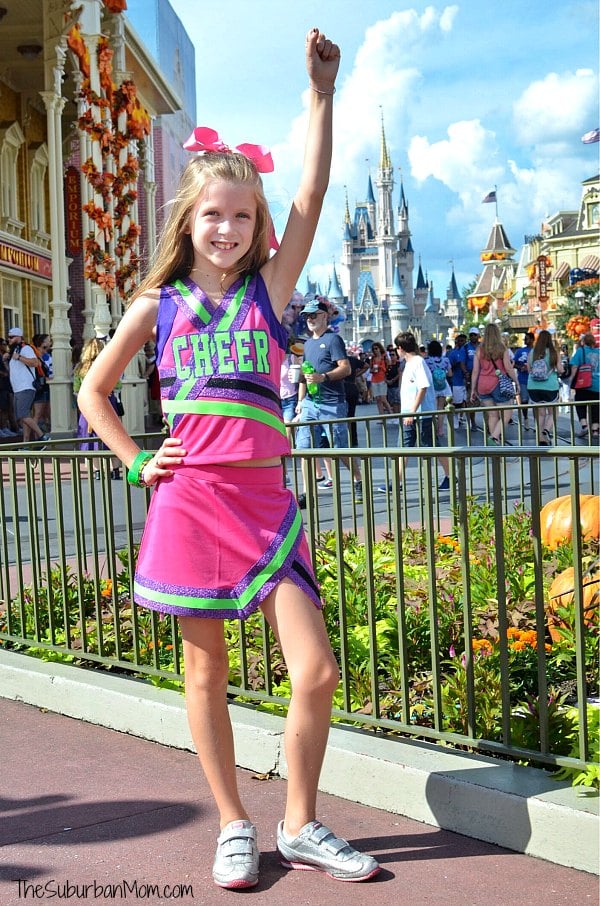 For an extra layer of cuteness, P was Zoey. Although mom wasn’t keen on spraying a one-year-old’s hair green (much to Sissy’s dismay), it turned out super cute.

Her DIY Zoey costume was also second-hand pieces. I purchased the red corduroy shirt on the shopping app Kidizen. (Use coupon code wab4s when you sign up to get $5 free credit!) It was $7 shipped and looked like it was never worn.

The green shirt was reused from her Green Alien costume from Toy Story Land. This is the shirt I purchased from Amazon. While Zoey doesn’t exactly wear a tutu, the skirt was a hand-me-down we had in the closet. I found red skirts on Kidizen I almost bought, but I went with what we had. If you like the tutu look, Amazon has tons of inexpensive tutus.

I bought these bright burlap gem flowers at Hobby Lobby and tacked them on to the red shirt and skirt with a couple of quick stitches. I plan to take off the flowers when we are done with the costume so the shirt and skirt can be worn as clothing again. 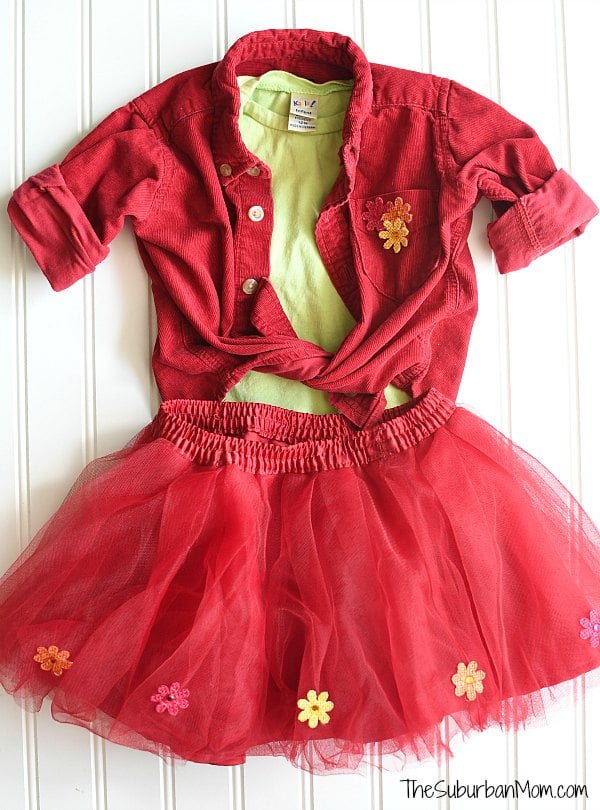 P re-wore the green leather moccasins from her Green Alien costume too.  Two trips to Disney and they are holding up great!

Then I just pulled her hair into pigtails and tied them with lime green ribbon.

If you have seen Disney Zombies, you know all Zombies need a Z-band. So I made Z-bands for the girls, and they were so much fun. I found these green motion / sound activated bracelets on Amazon, which were perfect. As we walked through Disney, they flashed to the beat of the music and to my kids’ motion. In loud areas, they glow constantly. These might very well be our new go-to bracelets for Halloween. 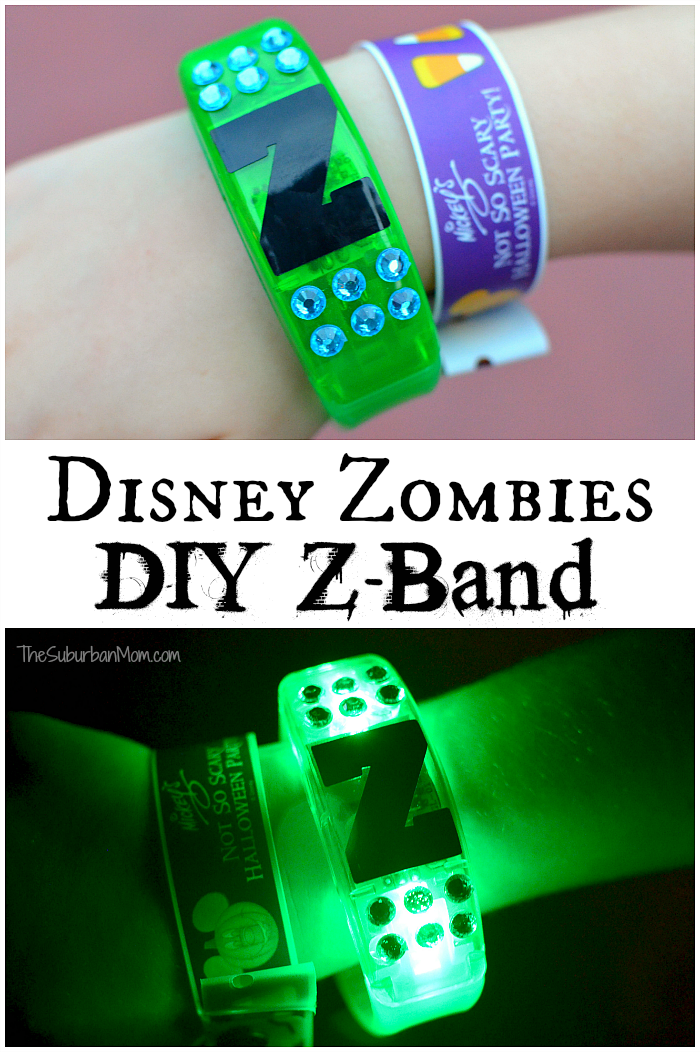 To make them Z-bands, I used adhesive vinyl. I used the Freshman font and compressed it a little to make it taller for placement. If you don’t have vinyl, you can also look for a letter sticker.

Then I added some self-adhesive rhinestones for a little bling. Pink for my cheerleader, green for Eliza and none for the baby because I was afraid of a choking hazard.

So easy, less than 5 minutes and a whole night of fun. Plus, the batteries in the bands are still working so they can wear them again.

Note – our Addison also wore a Z-band as her Zombie Flair because I didn’t want her to feel left out since they were so cool.

I hope this post inspires you to create costumes for your little zombies. Happy Halloween! 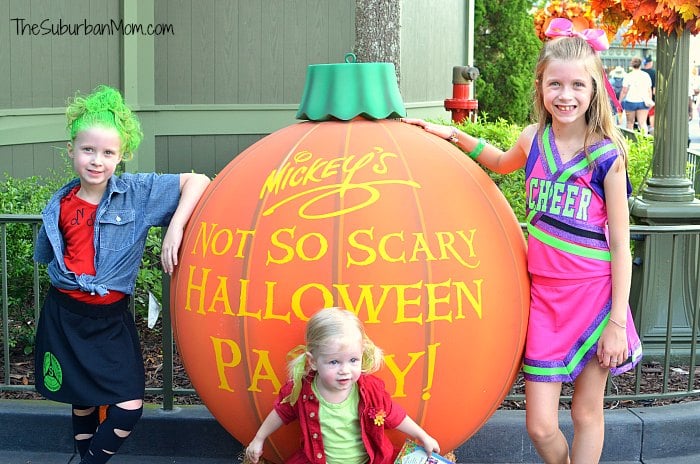