Epcot’s Food and Wine is in full swing, and while everyone is rushing to sample the latest delicacies from around the world, my family’s favorite treat was the Remy’s Ratatouille Hide & Squeak scavenger hunt. Don’t get me wrong, there are plenty of yummies, but we had the most fun hunting down Remy all around the world. For those who aren’t familiar, allow me to tell you all about it, and at the end I will give clues and tips for those who need a little help.

This post was sponsored by Disney, but all of the excitement in finding Remy was our own.

Everyone can play this park-wide scavenger hunt, and I have tips and clues to help. There are spoilers at the end, but not yet. I’ll warn you when you need to stop if you want the thrill of finding all of the Remy statues on your own. In the meantime, here’s what you need to know about Remy’s Ratatouille Hide & Squeak.

I’ll admit that we didn’t know anything about Remy’s Ratatouille Hide & Squeak when we arrived, but my kids were all in the moment we explained to them it is a scavenger hunt with a prize at the end.

If you aren’t familiar with Ratatouille, I highly recommend watching the movie. It’s very often in rotation at our house. In Ratatouille, Remy is a rat with dreams of becoming a famous chef, which is, of course, problematic because he is, after all, a rat.

In recent years, Remy has become a sort of mascot for the Food and Wine festival, since he is a connoisseur of cuisine and wine. Thus, the scavenger hunt for Food and Wine is a search for a Remy statue located in each of the countries and the food pavilions located in Future World.

To play Remy’s Ratatouille Hide & Squeak, you must first purchase a Remy’s Ratatouille Hide & Squeak map. Maps are available at Disney Traders, Festival Center, Pin Central, Port of Entry and World Traveler (International Gateway) for $6.99, which includes the cost of the prize at the end. Those in your party who want to receive a prize at the end of the scavenger hunt need to purchase a map, but everyone can play along.

As you visit each location on the map, be on the lookout for Remy. When you spot Remy, take a look at what food item he has with him. Place that sticker on the corresponding location. For example, he might pose with a loaf of bread or a bottle of olive oil.

When you visit each of the locations noted on the map to find Remy, take your map to redeem your prize. We didn’t know what type of prize to expect for a prize, so we were delighted to discover our choice of one of four Food and Wine travel mugs featuring Mickey, Minnie, Remy or Figment.

TIP – Even if you don’t complete your scavenger hunt (or if the kids go crazy with the stickers), you can still redeem your prize. Also, I was relieved to learn that you do you do not have to turn in your map, they stamp the back of the map and return it to you to keep as a souvenir.

Clues And Tips For Finding Remy

Sometimes, Remy is easy to spot – other times he is a bit trickier (we found you China!). In all cases, Remy is up high, out of reach so don’t bother looking down.

Look around outside as you first arrive in country, he is often hanging around outside. But in a few countries the silly rat hides inside.

There will undoubtedly be others looking for Remy at the same time. If you need a hint, look and listen. You will probably observe a hint or two. On the flip side, if you want to do it all yourself, tune out everyone.

Remy’s Ratatouille Hide & Squeak is an old fashion scavenger hunt, so it is more fun to challenge yourself and find it on your own. But if you are on a time crunch or searching with impatient little ones (I feel ya!), then you might want a clue to help your search. If that’s you, here we go with pictures of Remy in his hiding spots. Don’t read further if you want to find him on your own.

Note – I admit that I had a bit of assistance in finding Remy once or twice. But for the most part we each found Remy on our own, and it was fun!

Following this is a list of clues for each location followed by a picture of Remy in his hiding spot follows. (Starting in Mexico working around the Worldshow case and ending with the spots in Future Land.) Only proceed if you don’t mind the spoilers. If you need just a little clue, read the text but don’t look at the picture. Be prepared, it is possible Remy could be on the move and change hiding spots during the festival.

Remy likes to see what’s going on, so look for him right out front as you walk into Mexico (assuming you start your journey around the world in Mexico). (Remy has peppers in Mexico.) 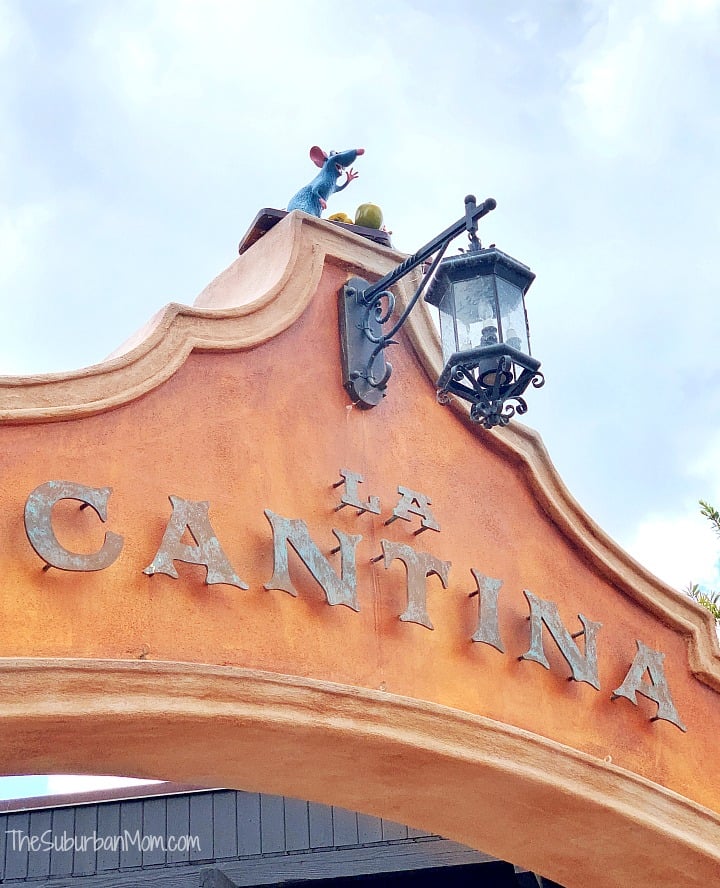 Remy found a patch of green grass up high from which he can wave to visitors. (Remy has bread in Norway.) 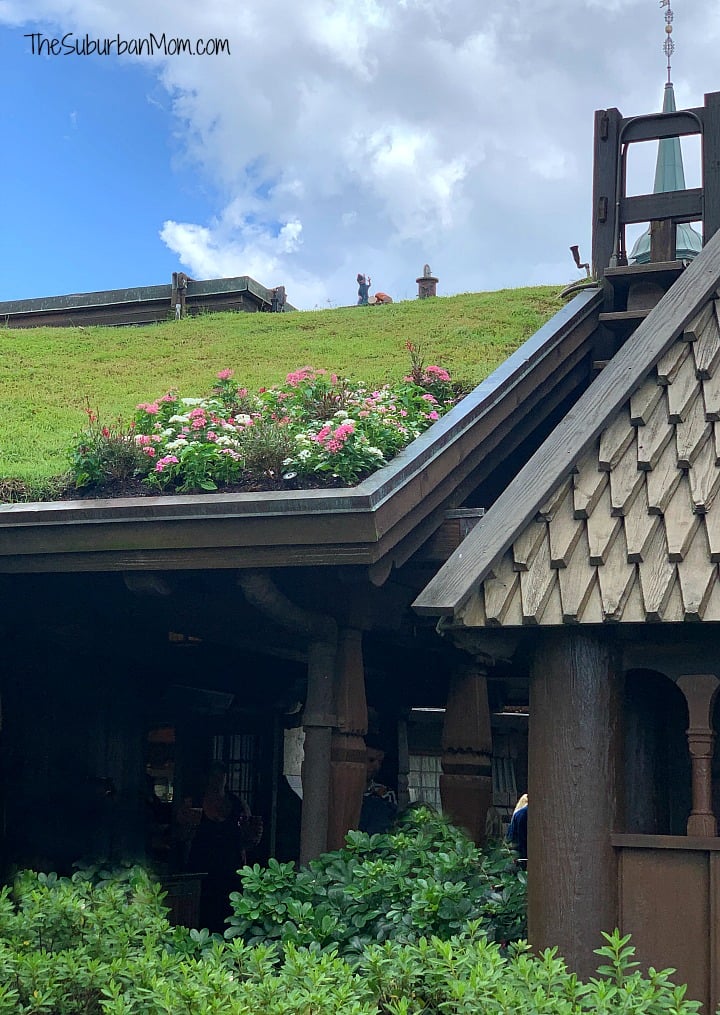 Tricky Remy has taken cover in China next to something yellow. (Remy has garlic in China.) 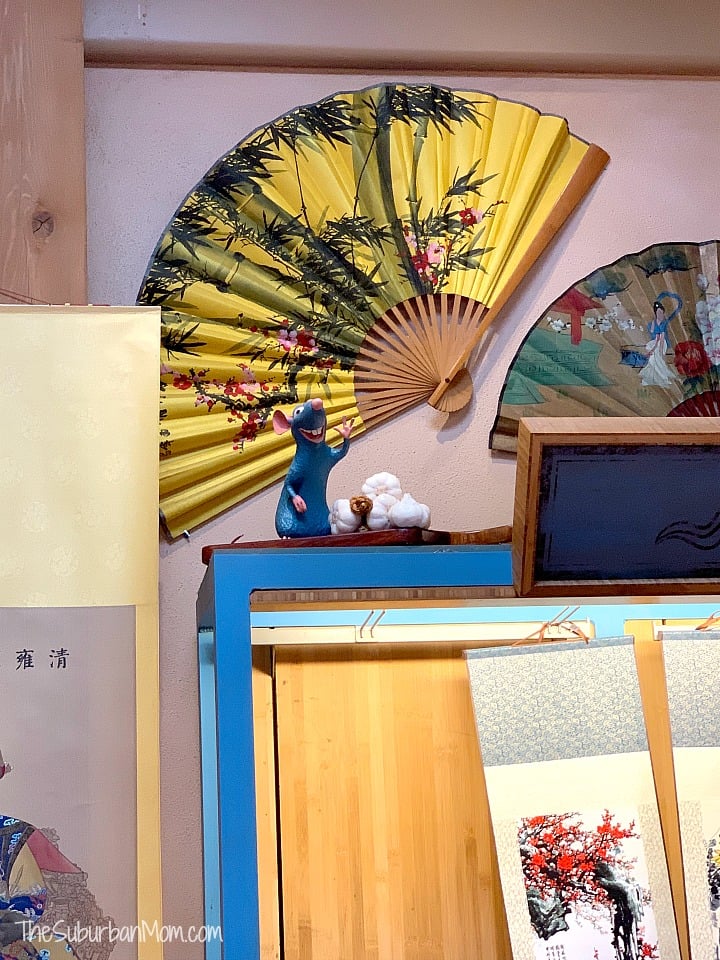 No one is going to make off with Remy in Germany, he’s behind bars. (Remy has salt in Germany.) 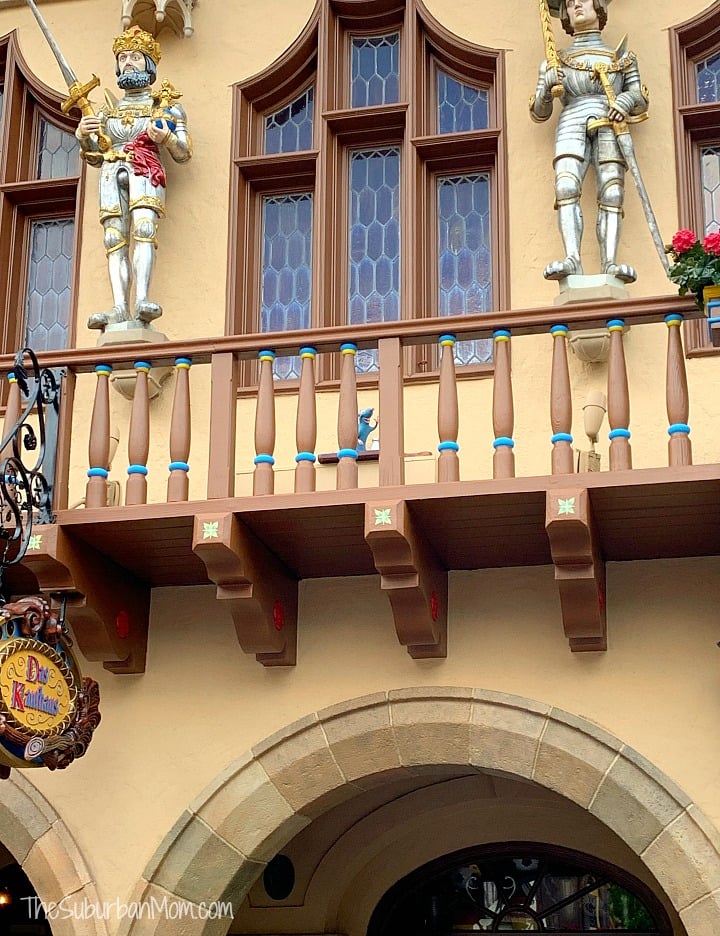 Remy picked a nice spot in Italy to look out over the water where he can run down quickly for a gelato. (Remy has an egplant in Italy.) 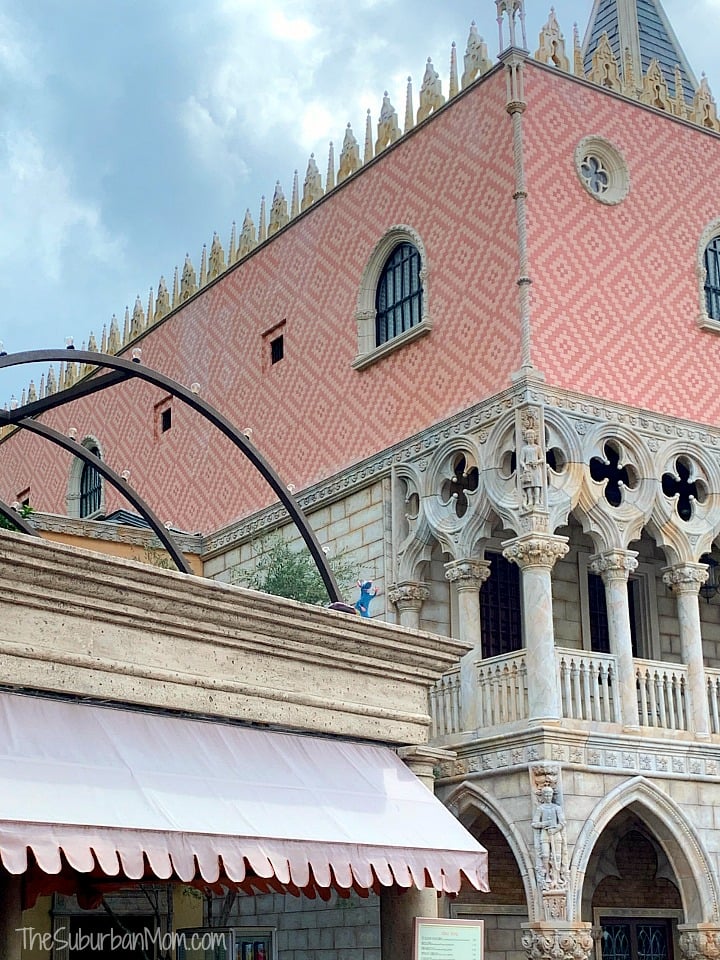 Those who are also on the search for Kidcot stations to get their passport pages stamped have an advantage in America. (Remy has basil in America.) 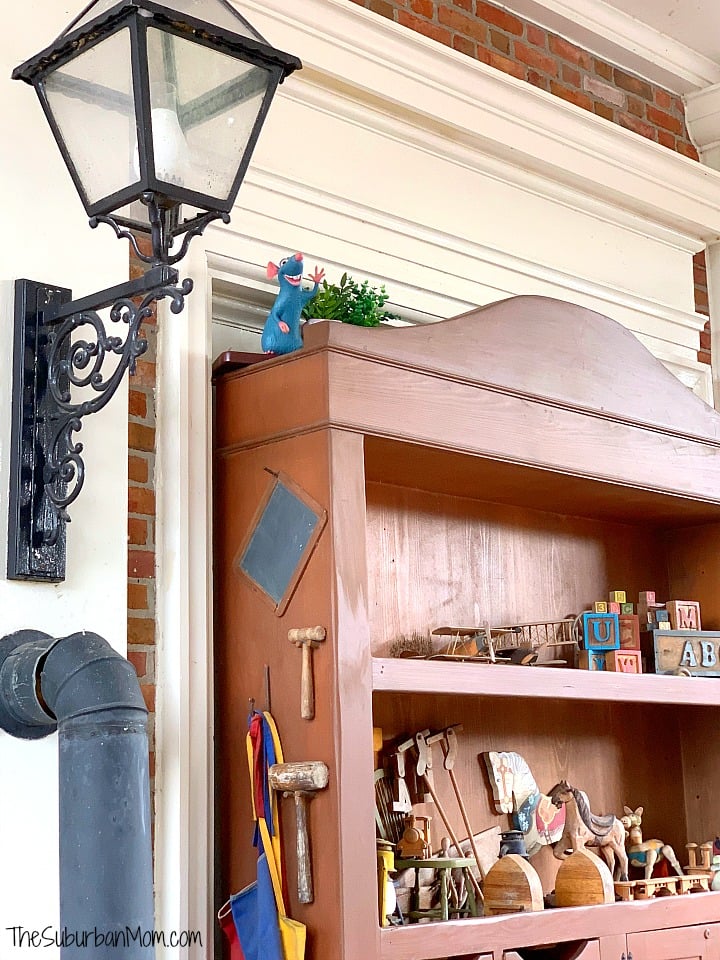 Turns out Remy likes Japanese snacks, who can blame him there are so many options in the store. (Remy has vinegar in Japan.) 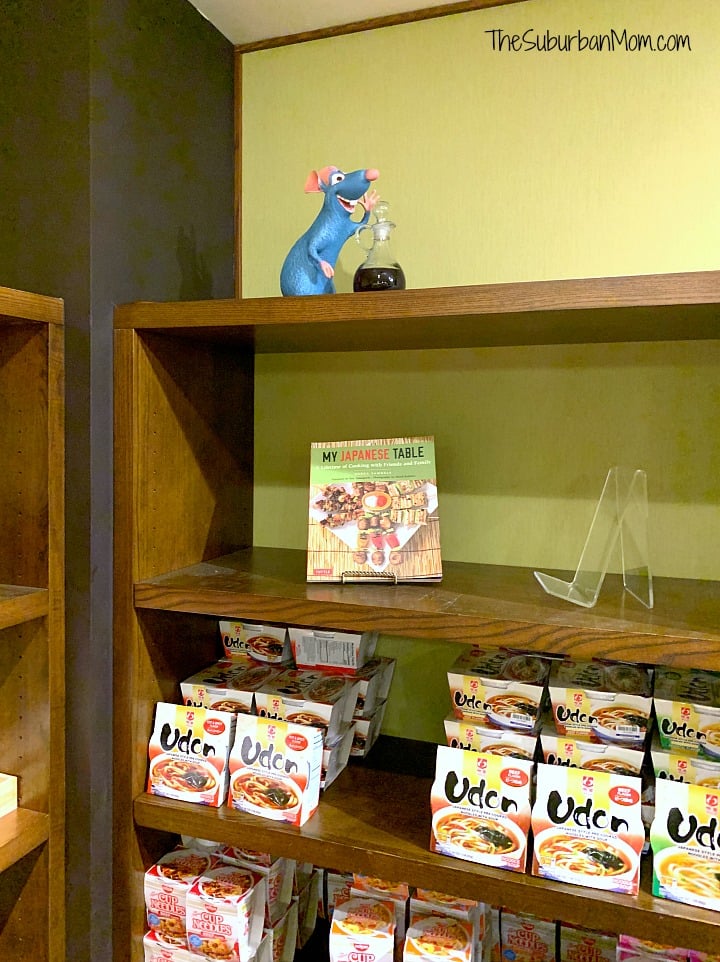 Be on your toes as you approach, Remy comes up quick. (Remy has tomatoes in Morocco.) 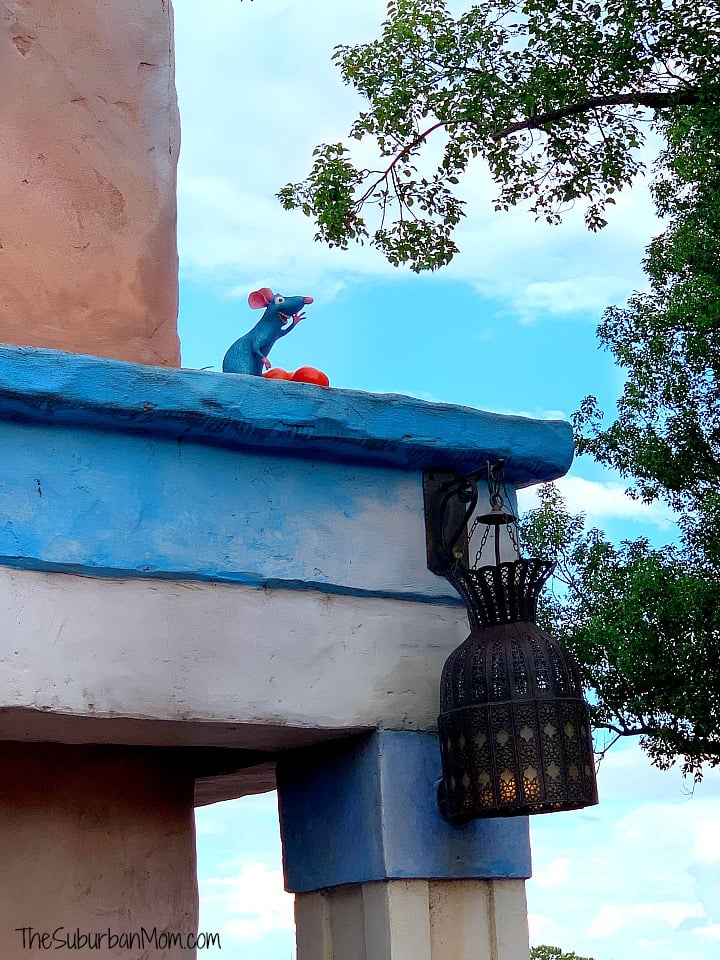 Remy should be well light for a nighttime search in France. (Remy has olive oil in France.) 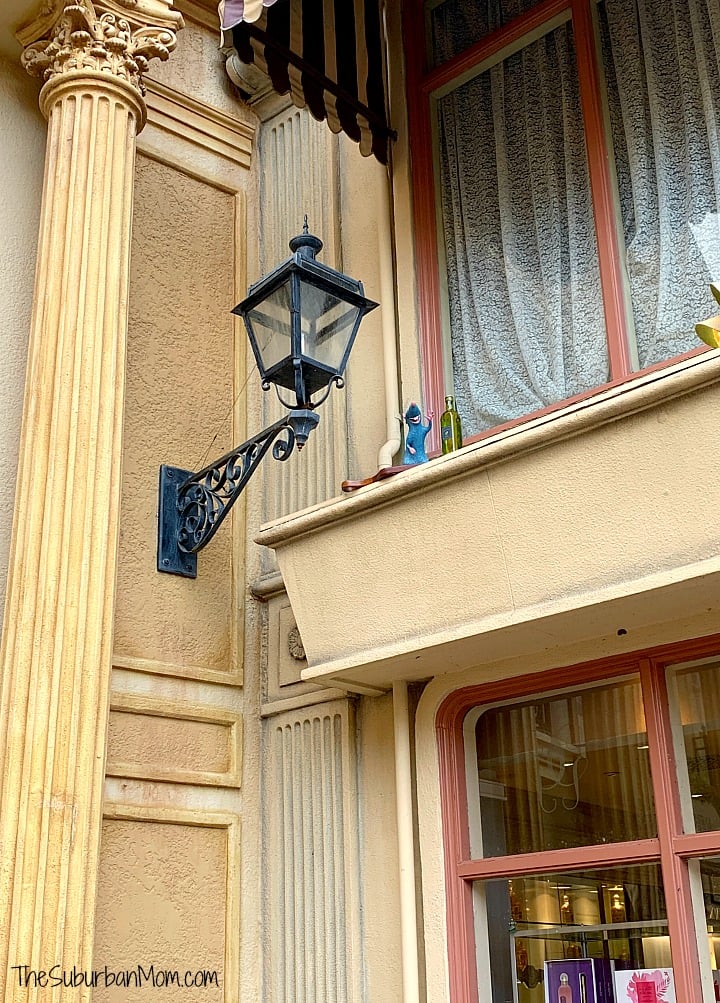 Turns out, Remy is also a fan of bangers and mash. (Remy has an onion in the United Kingdom.) 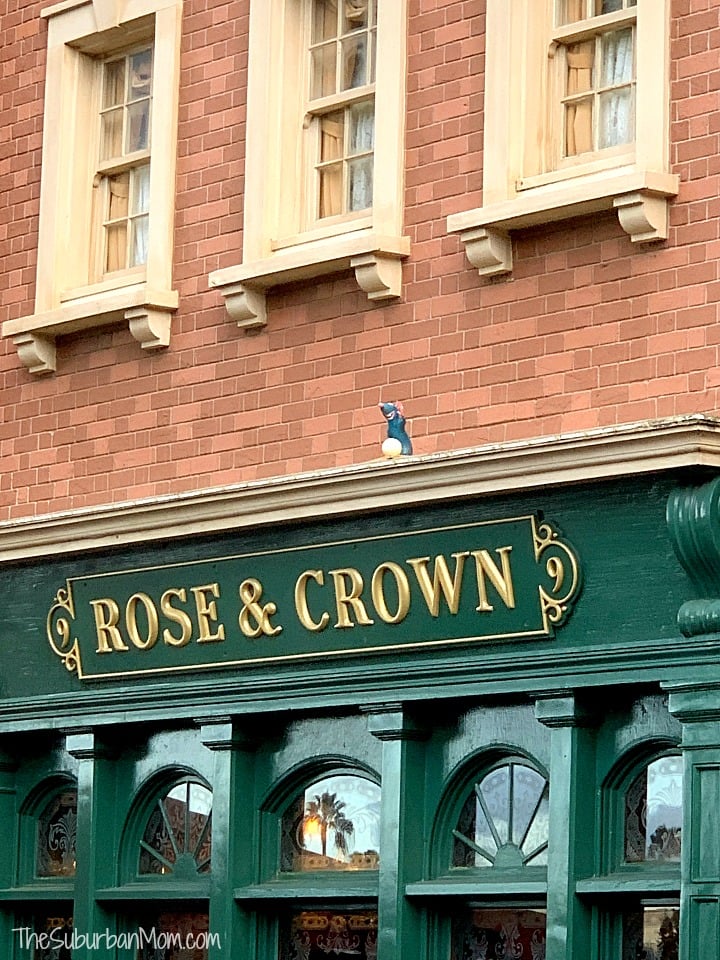 Remy has chosen a spot that overlooks the gardens in Canada. (Remy has a frying pan in Canada.) 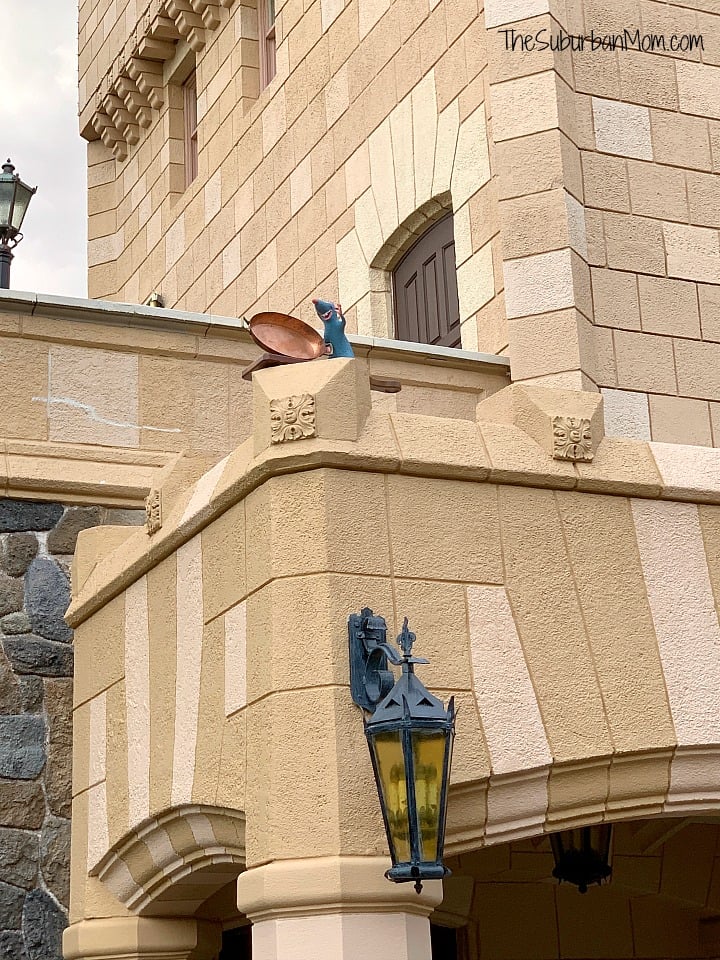 From Remy’s vantage point, he can oversee the crowds lining up for the pairings. (Remy has squash at the Art of Pairing.) 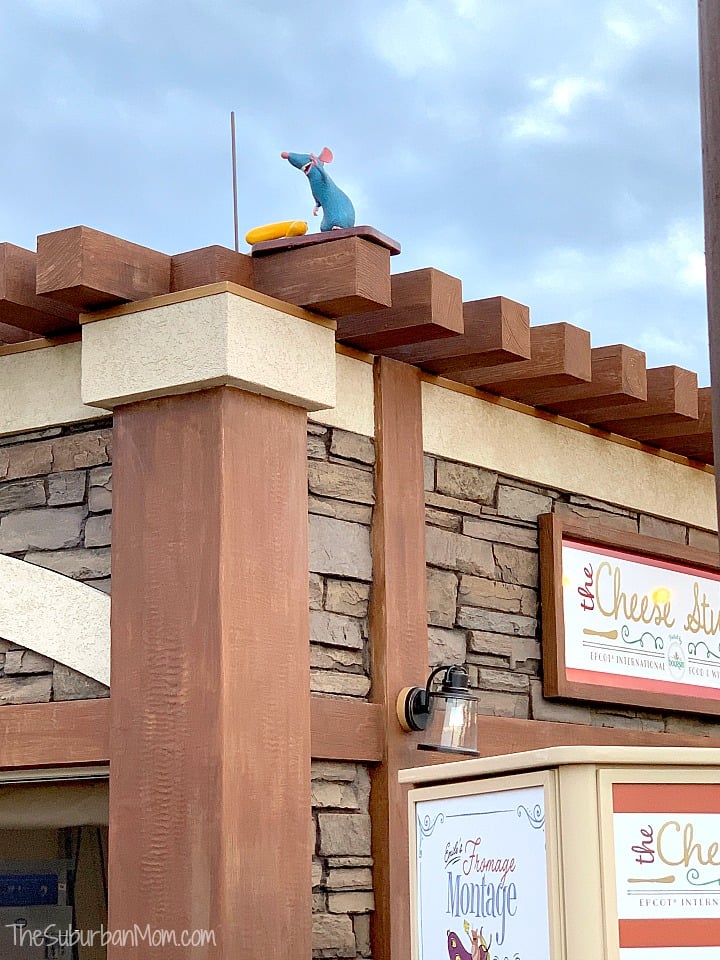 There are a bunch of booths at Next Eats, but you will find Remy above the one with a green sign. (Remy has a carrot in the Next Eats area.) 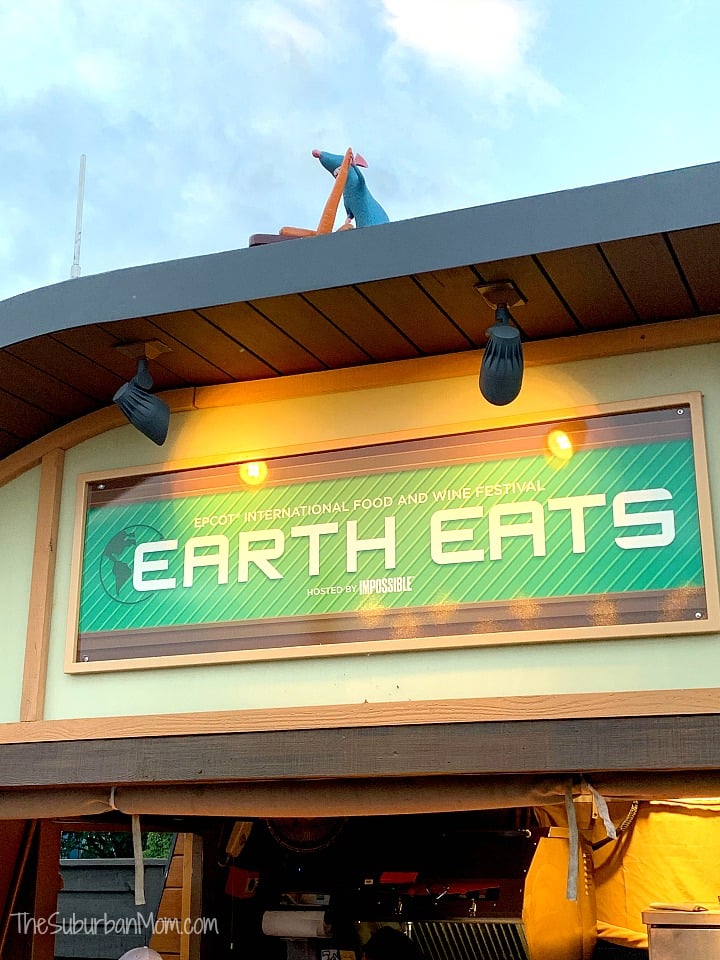 Remy is a bit hidden at Flavors From Fire, on the back corner of the building. Hope in line for some yummy food and look up, you’ll spot him. (Remy has a pepper grinder at Flavors from Fire.) 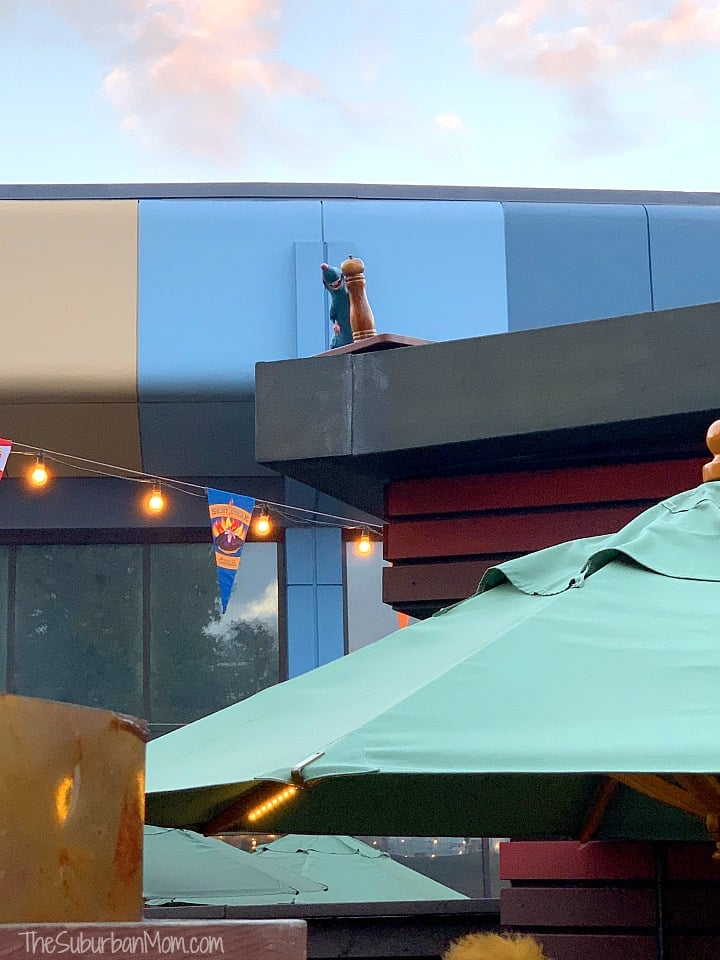 Although Remy wanted to play with the kids on the playground, he decided it was best if he watched from afar – didn’t want to scare the little ones. (Remy has zucchini at the Family Play Zone.) 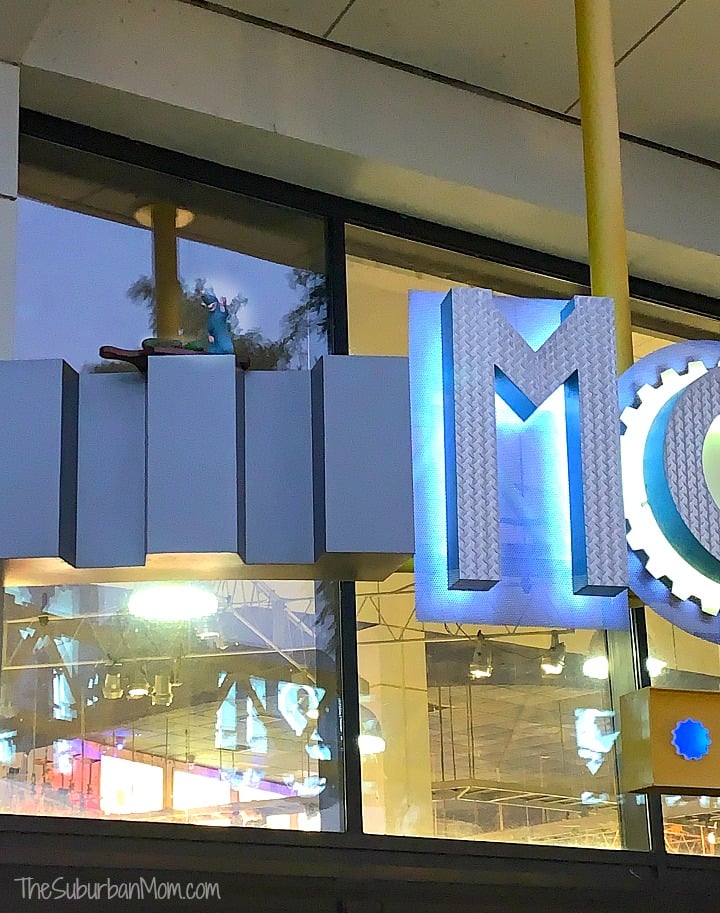 Remy’s Ratatouille Hide & Squeak is a fun activity for kids and adults to play. Our kids loved searching for him as we wined and dined around the world. The hunt also pairs nicely with the Kidcot activities and or getting your passport stamped in each country. And receiving a prize at the end of the journey was the icing on the cake to top off a fun day. 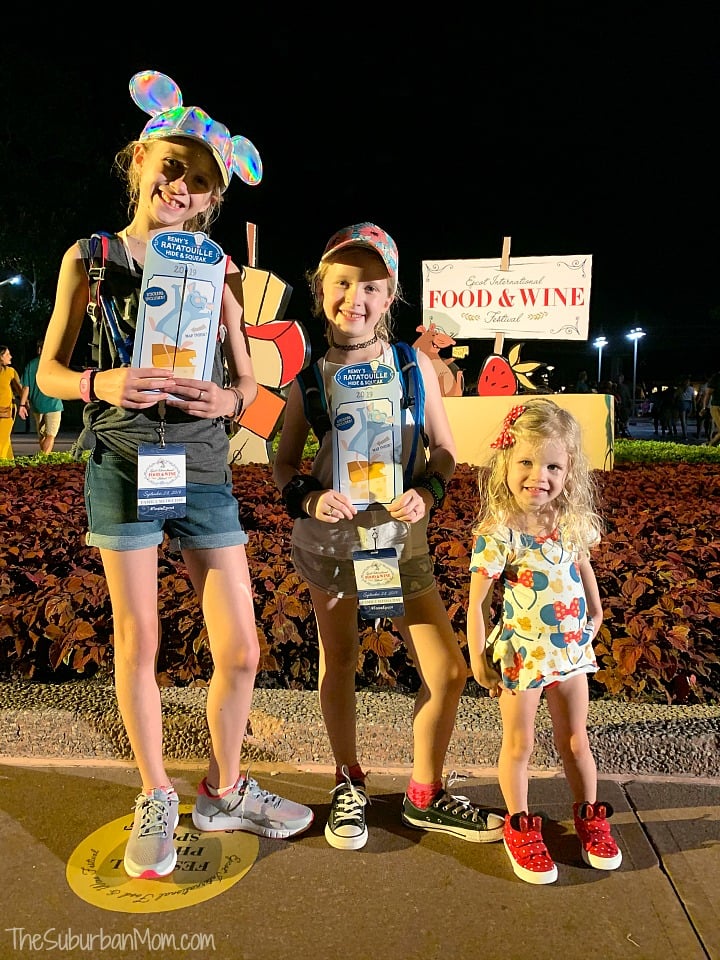