With three daughters, we have had a lot of dolls over the years. But these new #FailFix dolls from Moose Toys are hands down one of the most unique dolls we’ve played with, and my daughter loves the two she owns. The other three #FailFix dolls have already secured their spot on my 9-year-old’s Christmas wish list. If there is a little girl in your life who loves to play makeover, go ahead and add a #FailFix doll to your shopping list. She is going to love it. 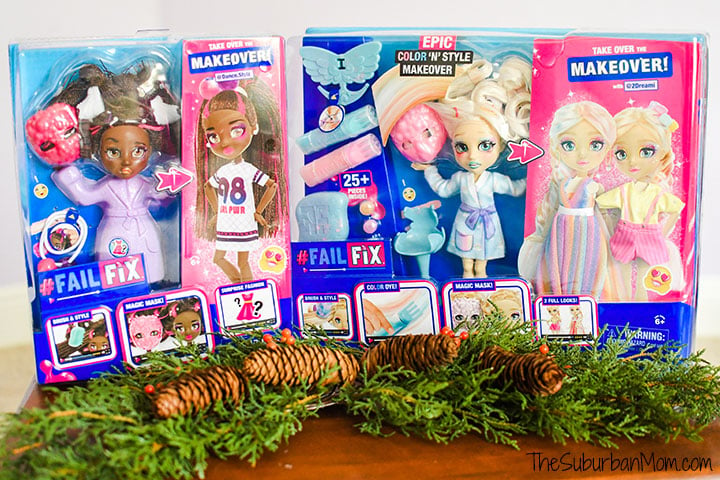 I admit I wasn’t sure how this doll would play out. The concept sounded on point for my daughter, but would it really deliver the kind of results she was looking for? But #FailFix came through. It was fun, easy to use, and she loved the makeover results. The first thing she did when we finished photos was to FaceTime her BFF to show them off. (Pretty sure the BFF now has them on her wish list too.) 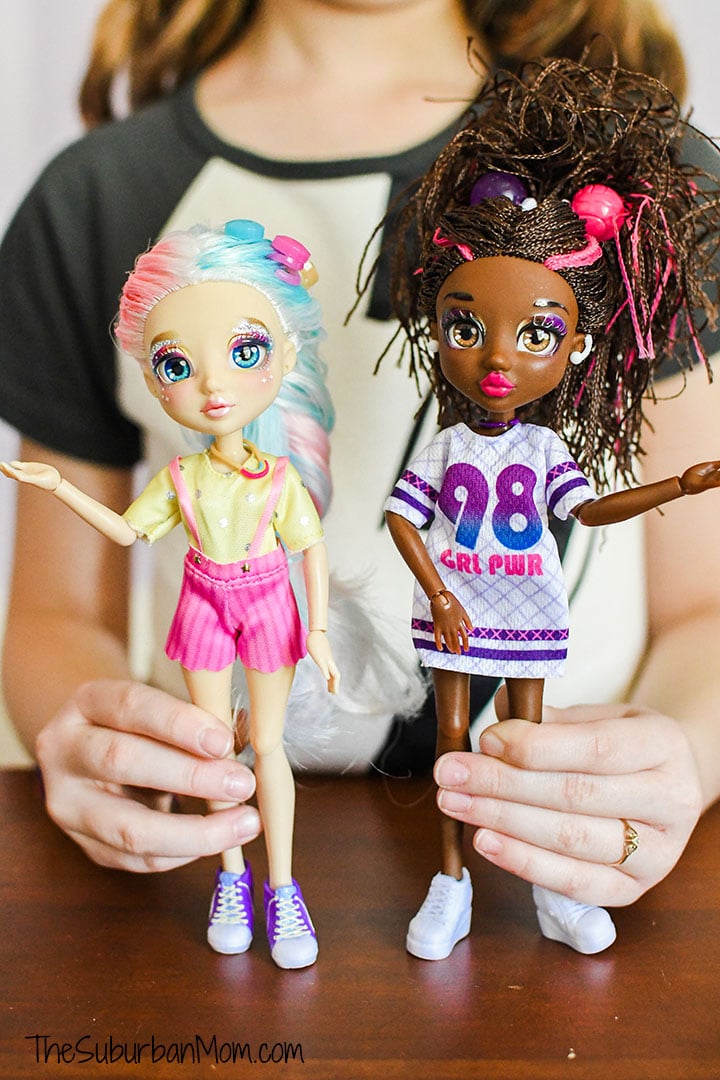 What Are #FailFix Dolls?

The #FailFix Total Makeover Doll Pack is an 8.5-inch Fashion Doll who goes through a head-to-toe transformation, features a surprise fashion reveal and has unique accessories. There are six #FailFix dolls each with different accessories, hair types, and skin tones. The name initially gave me pause — because I don’t like the word fail. However, once I got over that hiccup, I understood why they chose that name. The concept is that these dolls were attempting to give themselves a makeover – perhaps even following a YouTube video they watched, (although that concept is lost on my daughter who isn’t allowed to explore YouTube — so we went with the idea that these dolls were playing dress-up.) What’s more, these dolls have a message for kids — it’s okay to make mistakes. 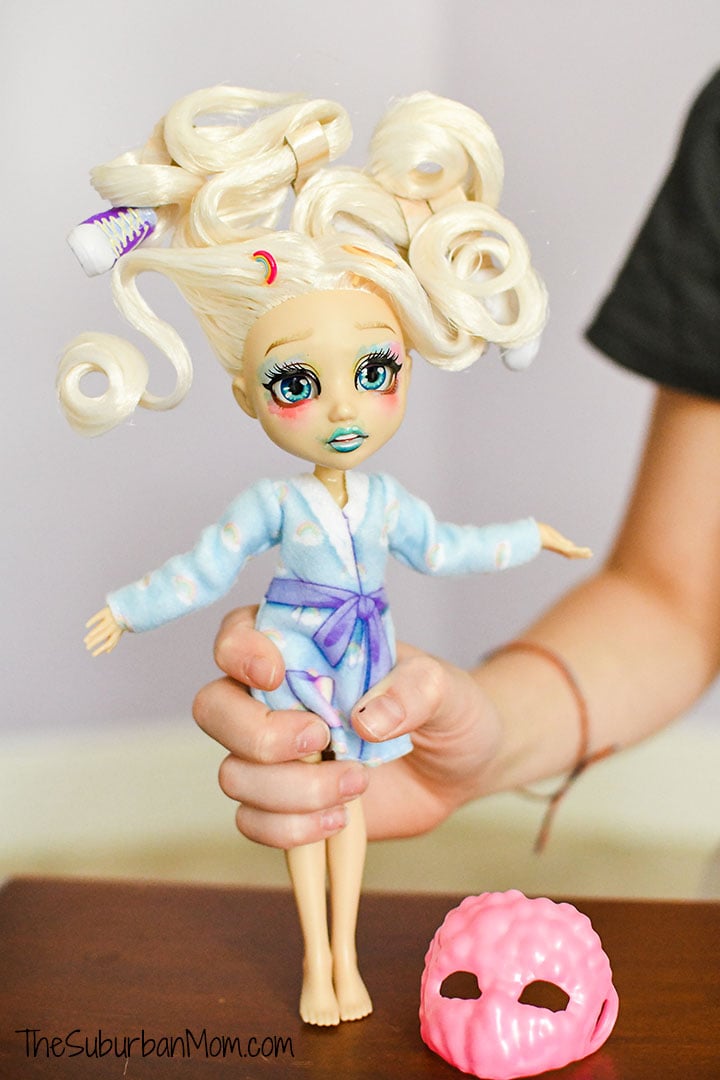 Here’s the twist: while getting all dolled up, these dolls they didn’t get things quite right. Their makeup is smeared all over their faces and their hair… well, somehow they got so mixed up that their shoes and accessories got tangled up in their manes. (My daughter thought this was hilarious.)

The doll needs help, and that’s where the child comes in to save the day. 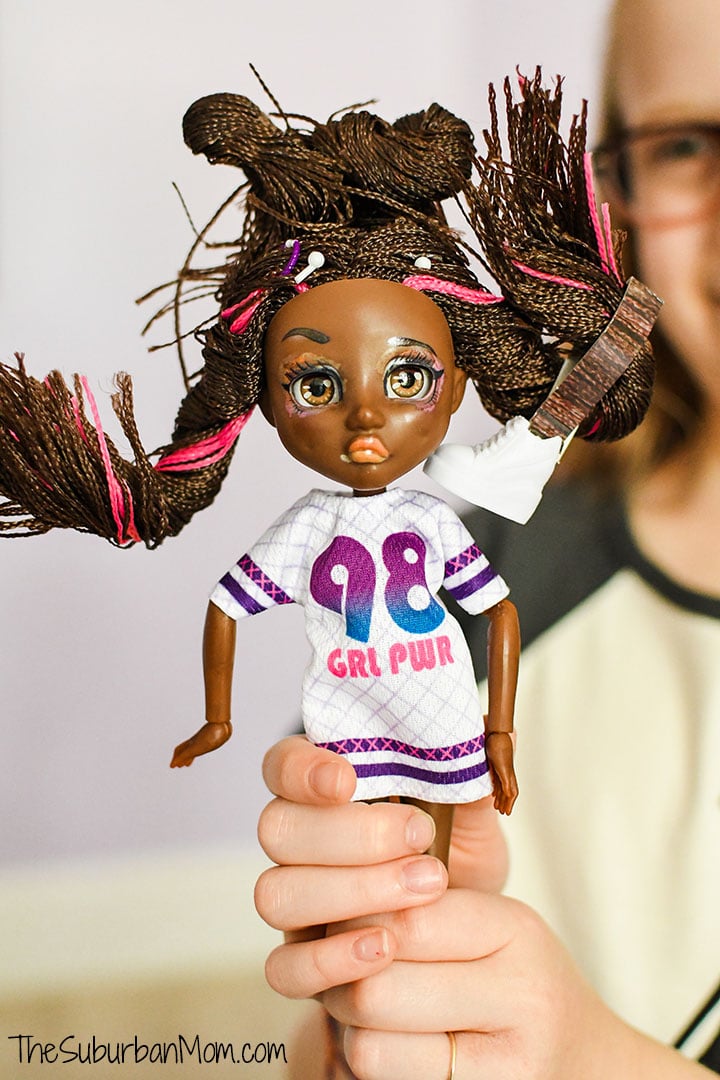 How Do #FailFix Dolls Work?

By applying (snapping on) the face mask, they can “fix” the makeup mishap. When the facemask is removed, it pulls with it a faceplate and underneath the doll’s makeup is on point. My daughter had no trouble doing this herself, and was thrilled to learn the faceplate can be snapped back on so she can “makeover” the doll again and again.

Next, the hair. After removing the accessories, the hair needs to be brushed thoroughly to remove the crunchy hair gel. This is where mom came in. My daughter got tired of the hair brushing quickly and handed me the doll to complete. No problem, it only took me a few minutes, and I enjoyed it. 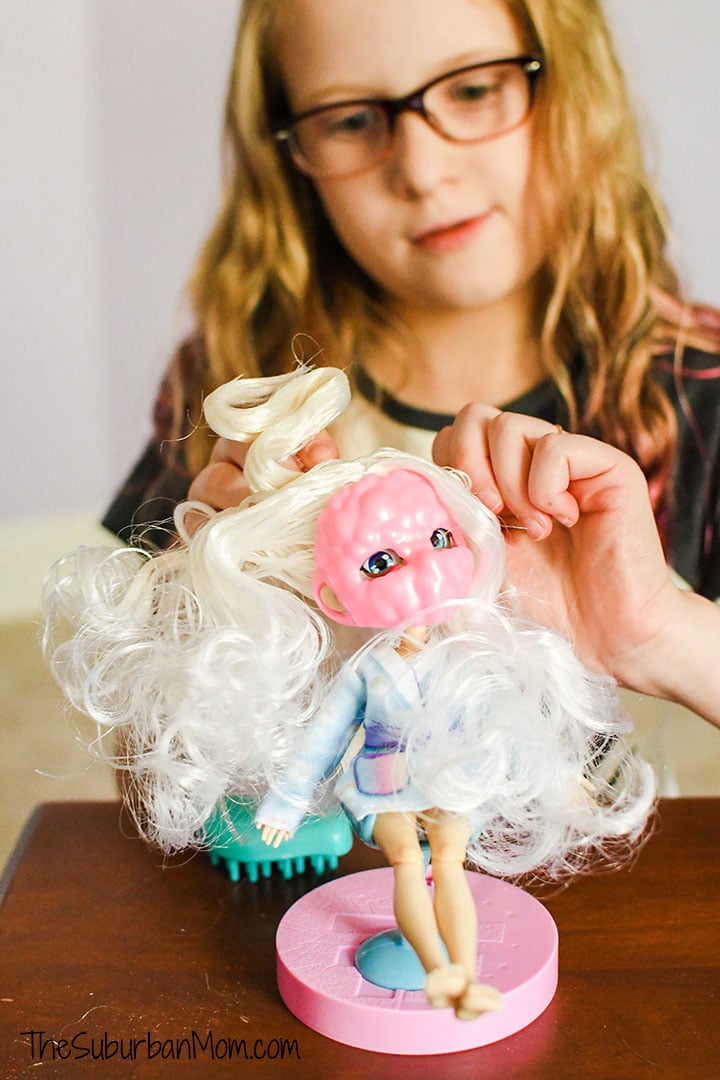 We received two dolls, @Dance.Stylz and @2Dreami. @Dance.Stylz is part of the original line of dolls, and her hairstyle was a simple ponytail. @2Dreami is the higher-priced feature doll, and she got an extra step in the makeover and two outfits! My daughter was able to dye (paint) her hair, and this step was our favorite. In fact, my 12-year-old joined in on the fun for this step. 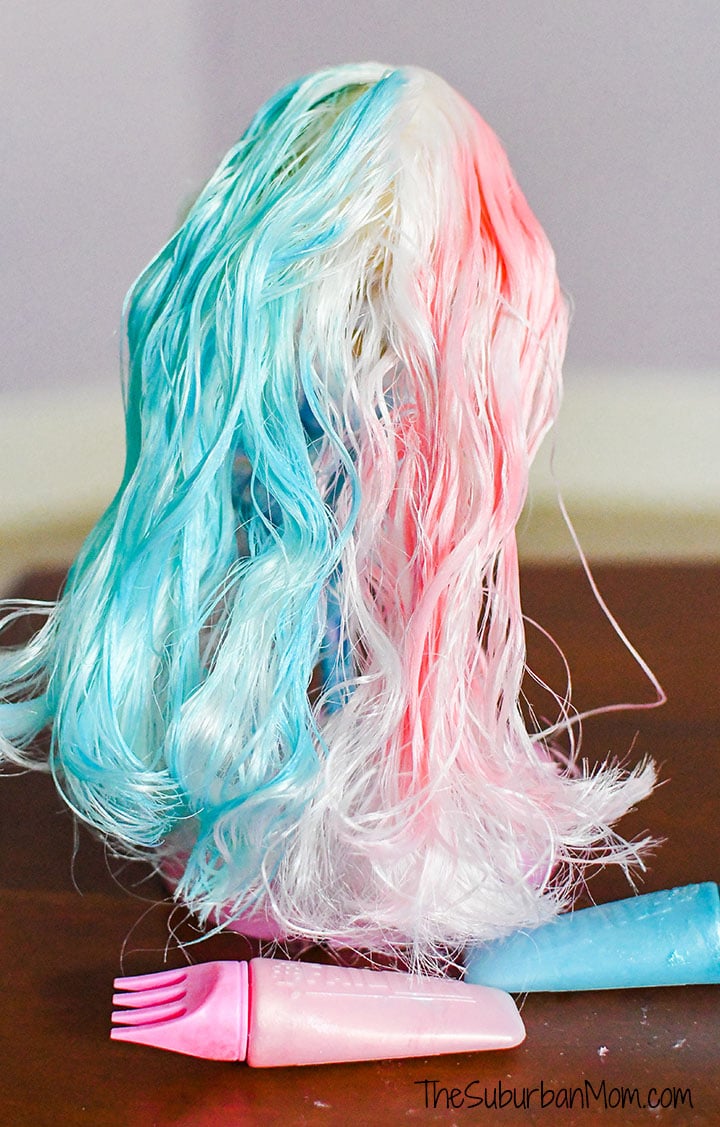 Note – the directions say to leave the paint for at least 30 minutes, and the longer the softer the hair will be. We ended up leaving the doll overnight (mostly because we ran into dinnertime) and the next day it was perfect.

@2Dreami comes with a special hair braiding tool, which worked really well. Finally, it was time to dress and accessorize the doll for play. 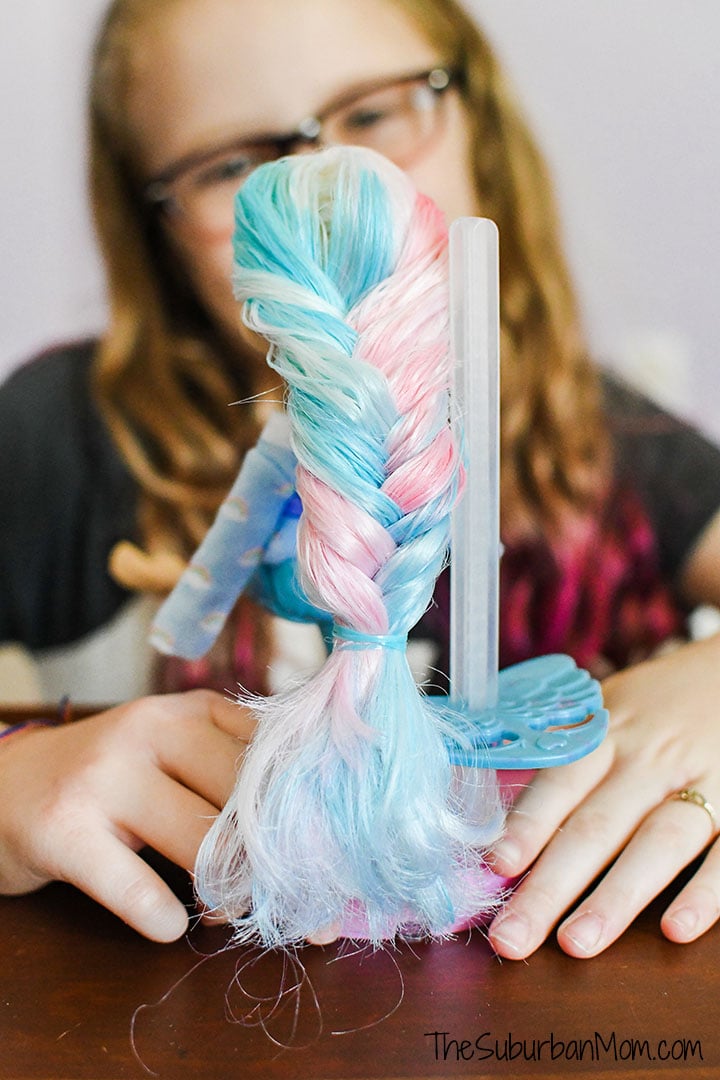 In addition to the fun makeover, #FailFix dolls also have a bit of a mystery component to them. The dolls come with a plastic “bathrobe” over their outfits, so you don’t know which of three outfits you are getting. (Will you get the rare or ultra-rare outfit?!) My daughter loves mystery toys so this was a fun aspect. We didn’t get a rare outfit, but she loves @Dance.Stylz just the same because she is “sporty like me!” @2Dreami doesn’t have this surprise element, but she comes with two outfits that are both visible and a cloth bathrobe plus the super cool hair paint. 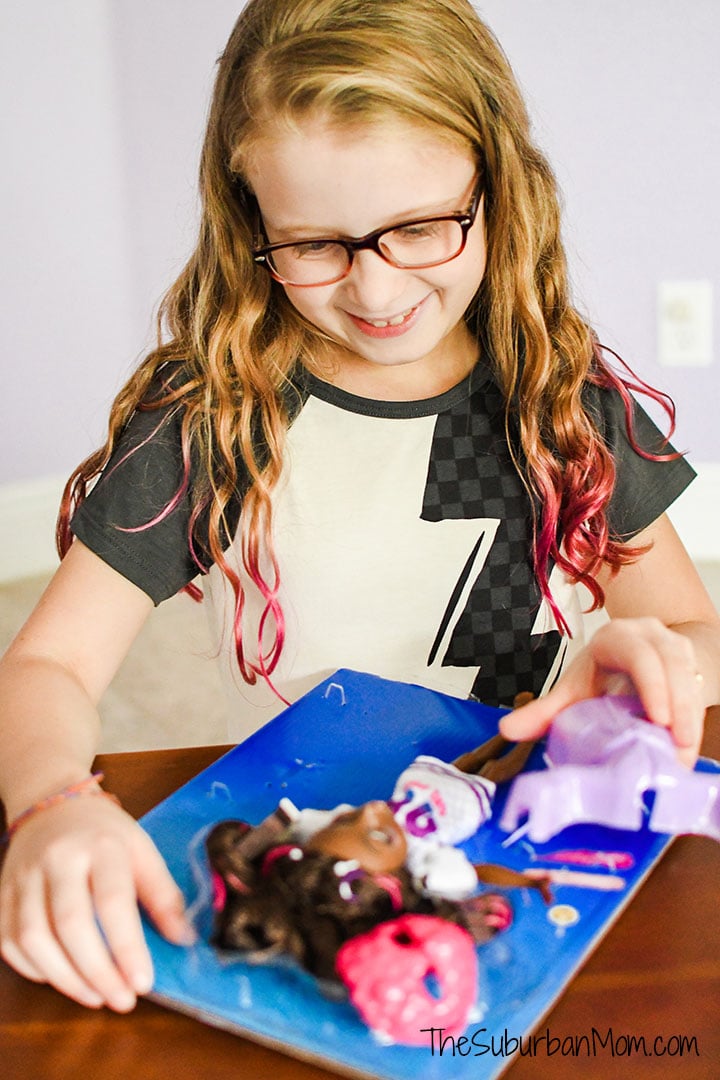 My daughter was thrilled, and so was I. One thing to be aware of is that the packaging is extensive. It took forever to get the dolls out, and you have to be very careful to remove the doll while she’s still “wearing” the plastic robe so that you can still enjoy the surprise reveal. But, once the doll was retrieved, it was all full fun ahead. 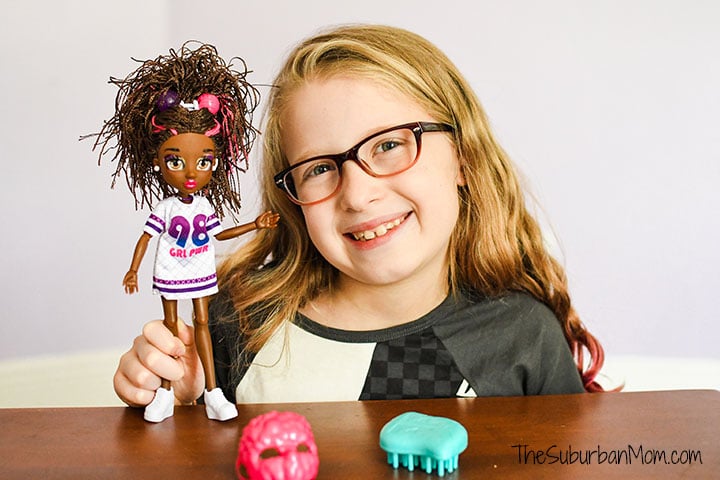 The hair paint is fully washable and wiped cleanly off the doll’s face (because, of course, she got some on her in the process). Both dolls come with a doll stand, and @2Dreami even comes with a chair stand to aid in braiding.

As I said in the beginning these are truly unique dolls and a ton of fun. It’s no wonder they were nominated and are a Finalist for Toy of the Year in the Doll Category by the Toy Association.

#FailFix Dolls are available from MooseToys at Target, Amazon and Walmart.

Compensation was provided by Moose Toys via Momtrends. The opinions expressed herein are those of the author and are not indicative of the opinions of Moose Toys or Momtrends 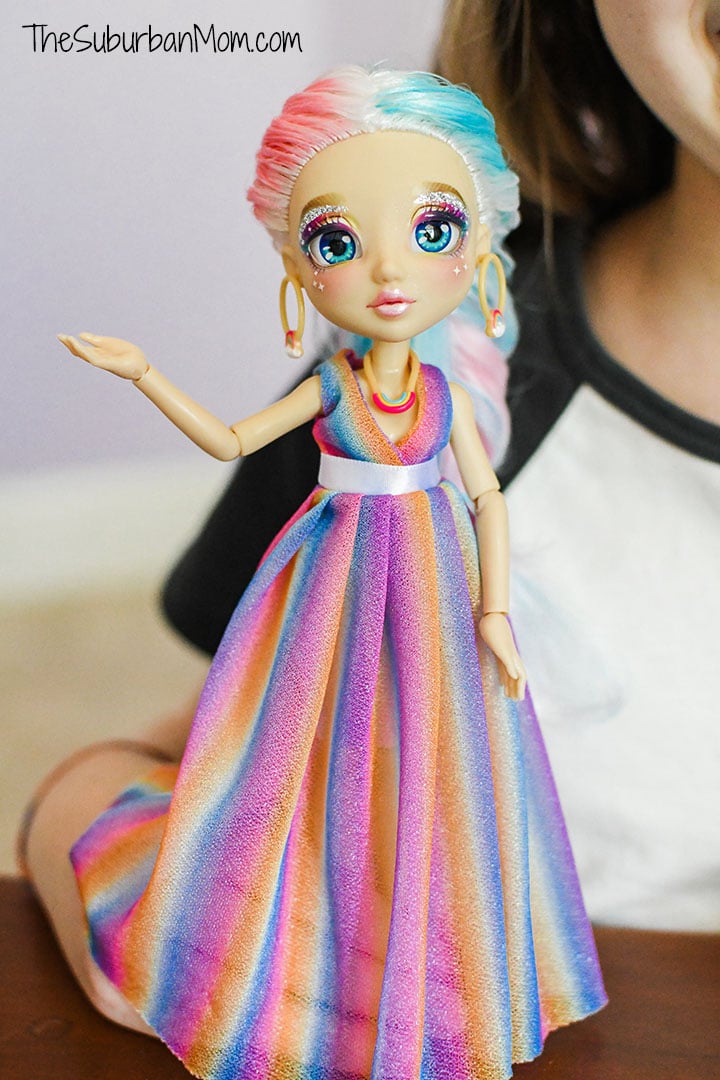