This is a sponsored post, but The Mortification of Fovea Munson review is our own.

With Halloween nearly upon us, it is the perfect time to pick up a creepy story. With talking heads in a cadaver lab The Mortification of Fovea Munson has just the right amount of creepy mixed with a healthy dose of humor that’s just right for kids. My 10-year-old daughter read the book and shared her  review giving it 4.5 out of 5 stars. 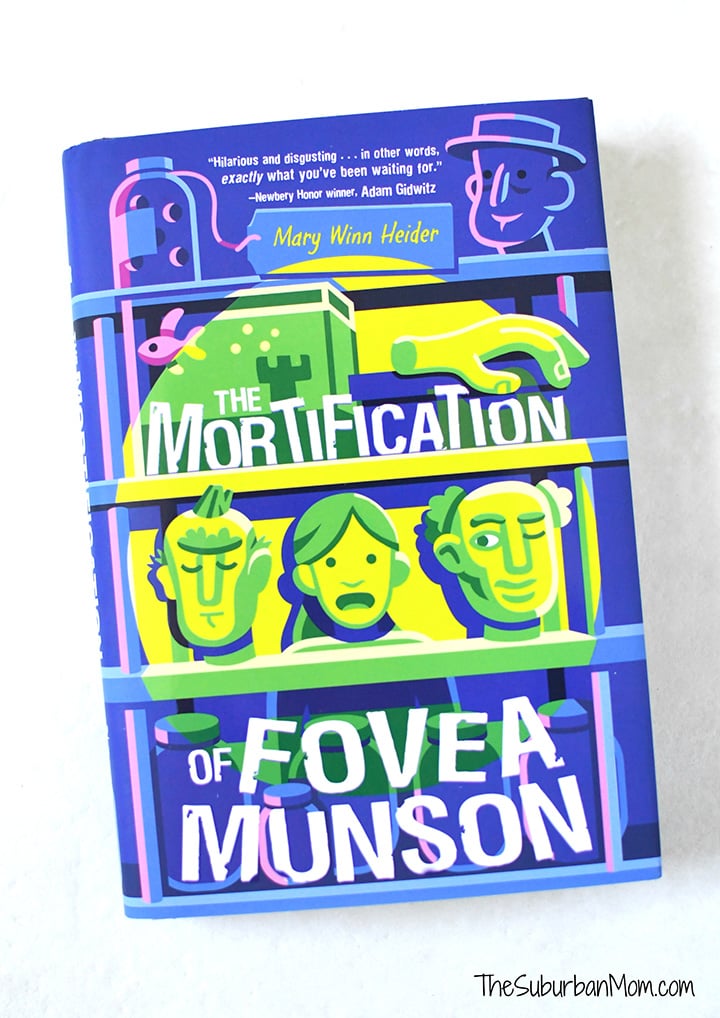 The Mortification of Fovea Munson Review

My daughter has never liked spooky stories. So when I first asked her if she wanted to check out The Mortification of Fovea Munson, she was a bit unsure. But the description of the book said it was humorous, so she decided to be adventurous and try it out. A few chapters into the book, she was glad she did.

Although it has a very creepy element – talking disembodied heads – K described the book as both humors and suspenseful with a good dose of friendship. Not at all a spooky story, but perfect for the Halloween season. I asked her to tell me about the book, and this is what she wrote:

I really enjoyed The Mortification of Fovea Munson. I at first I thought that it might be a little creepy since it is about talking heads without bodies, but boy I was wrong! Even though it’s talking heads, they aren’t at all mean or scary. The heads turn out to be quite nice and funny too.

The Mortification of Fovea Munson is humorous story about Fovea Munson whose parents are cadavers. Even though Fovea doesn’t like cadaver work (or body parts for that matter) her parents are convinced that she will be a “Future Doctor of America.” Since her parents’ secretary left for Florida they have been looking for a new secretary. When Fovea’s summer camp plans are ruined and she doesn’t know what to do over summer break her parents recruit her as their secretary. One day, while being forced to work there and her parents aren’t at the lab she hears voices talking to her. When she looks for the source of the voices she is surprised to find that the sound is coming from no other than three talking heads! She learns that they need a favor done and that in return they will tell her where the missing fourth head is. Little does she know that the head can’t ever be saved and the favor is both long and crazy she agrees. Through laughter and adventure Fovea sets out to fulfill the favor she ends up making her first new friend.

From the publisher, the recommended age for this book is 9-12, and my daughter fits right in there. I asked if she would read a sequel (should one be written) and recommend it to her friends, and she said absolutely. Which, in our house, is the sign of a good book.

About The Mortification of Fovea Munson

True, her parents own a cadaver lab where they perform surgeries on dead bodies. And yes, that makes her gross by association, at least according to everyone in seventh grade. And sure, Fovea’s stuck working at the lab now that her summer camp plans have fallen through. But she is by no means Dr. Frankenstein’s snuffling assistant! That is, until three disembodied heads, left to thaw in the wet lab, start talking. To her. Out loud. What seems like a nightmare, or bizarre hallucination, is not. Fovea is somebody’s Igor, all right. Three somebodies, actually. And they need a favor.

With a madcap sense of humor and a lot of heart (not to mention other body parts), this is a story about finding oneself, finding one’s friends, and embracing the moment.

If you are looking for another book idea for kids this age, K also highly recommends Nevermore. 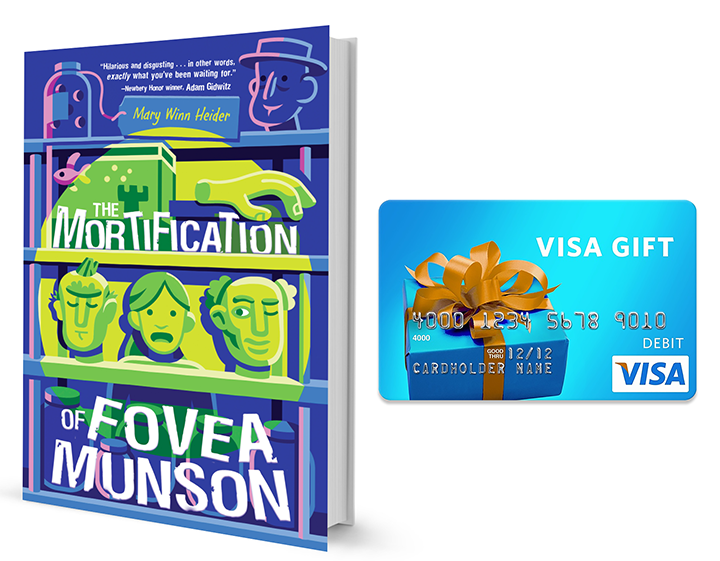 One lucky winner will receive a copy of The Mortification of Fovea Munson and a $50 VISA gift card. To enter, please use the Rafflecopter below.