Summer 2018 is nearly upon us and that means the long-awaited wait is finally over. This summer, we finally get to take our Toy Story fanatic to Toy Story Land at Hollywood Studios. I. Cannot. Wait.

I even bought her a handmade Jessie outfit for the occasion. Because why not?! 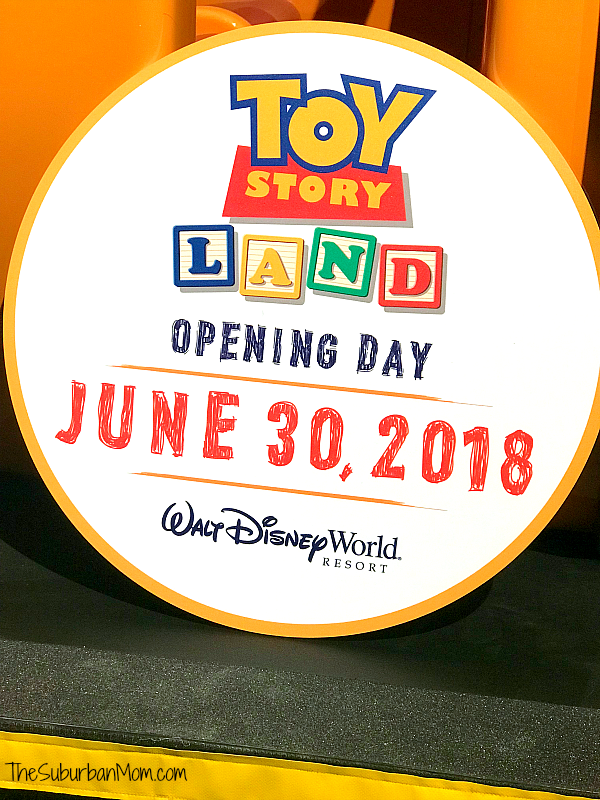 This post is part of a series from the Disney Social Media Moms Conference.

When we went to Disney Social Media Moms Conference in February, Sissy was beside herself during the Pixar themed dinner. The full-size Slinky Dog coaster car just put her over the top. “I want to ride that first!” my coaster-loving six-year-old announced. It’s been more than three years since her Toy Story Birthday Party, but her love for the stories and characters hasn’t faded. 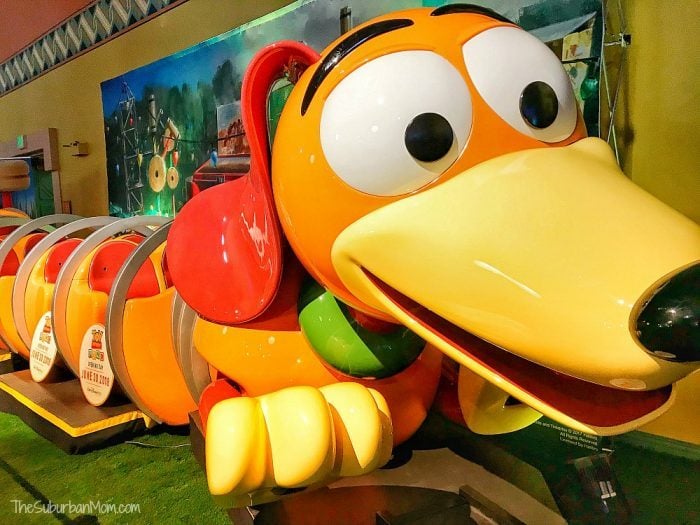 Toy Story Land will sprawl over 11 acres and will include two new rides, a play area, a new restaurant and the expansion of the beloved Toy Story Mania. 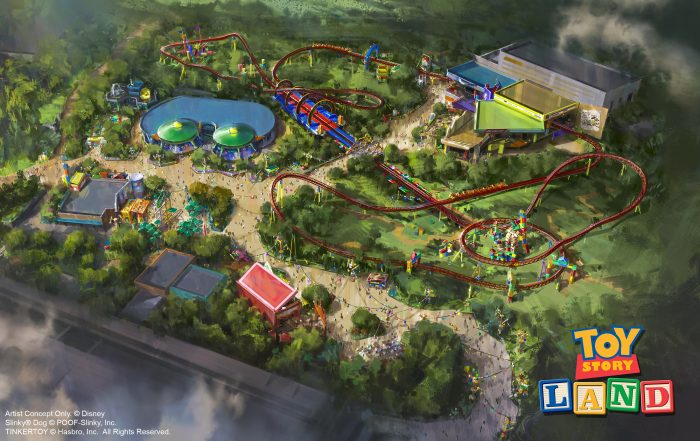 The highlight of the new land will be the Slinky Dog Dash coaster. This family-friendly coaster will have a height requirement of 38 inches, reminding me of Goofy’s barnstormer, perfect for young guests to enjoy as well. Assembled with Andy’s Mega Coaster Play Kit, guests will sit in Slinky Dog as he glides around a colorful track that crisscrosses most of the land.

And according to Sissy, this is what our family will ride first.

The other new ride inside Toy Story Land will be the Alien Swirling Saucers. I am really excited about this ride as it is built on the same platform as Mater’s Junkyard Jamboree in Cars Land at Disney’s California Adventure, which is a hilarious ride. The first time I rode it, I couldn’t stop giggling. Kids and adults will love spinning and swirling around in alien cars.

Somehow The Claw will also be incorporated into the ride because if you’re really lucky, you might just get “chosen” by the claw. Oooooo! 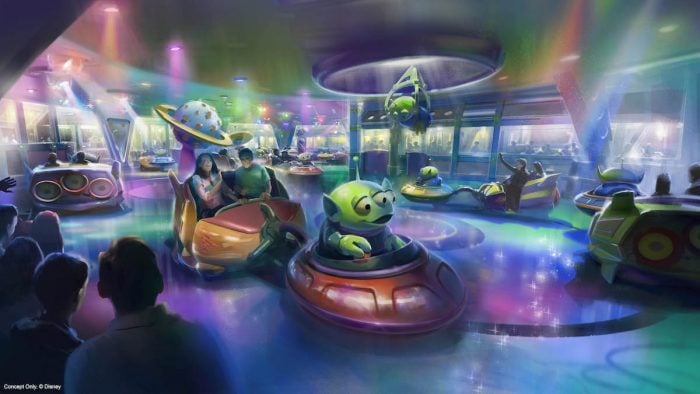 I never fully appreciated the Honey I Shrunk The Kids play area until we took the kids for the first time, they loved it. So I was thrilled to learn that Toy Story Land will have its very own play area where guests feel like they have been shrunken to the size of toys. (Actually, all of Toy Story Land centers around the idea of guests being shrunken to the size of toys.)

Woody’s Lunch Box will be the new walk-up restaurant inside Toy Story Land. Serving tasty eats and treats for breakfast, lunch and dinner with a classic American flare.

Disney recently expanded Toy Story Mania with a third track, and before Toy Story Land opens it will also receive a new front entrance. The addition of the third track should give guests even more opportunity to challenge friends and family to see who can get the highest score on this rootin’ tootin’ ride.

There is no height requirement for this ride, however, it does twist and jerk quite a bit. Still we took our one year old on it for the first time and she loved it.

The Summer Of Pixar

Summer 2018 is the summer of Pixar with the opening of Toy Story Land at Hollywood Studios June 30 and Shanghai Disneyland (now open), the premiere of Incredibles 2 in theaters June 15 and Pixar Fest now happening at Disneyland. For the love of all things Pixar, it’s going to be an incredible summer. (Pun intended.) 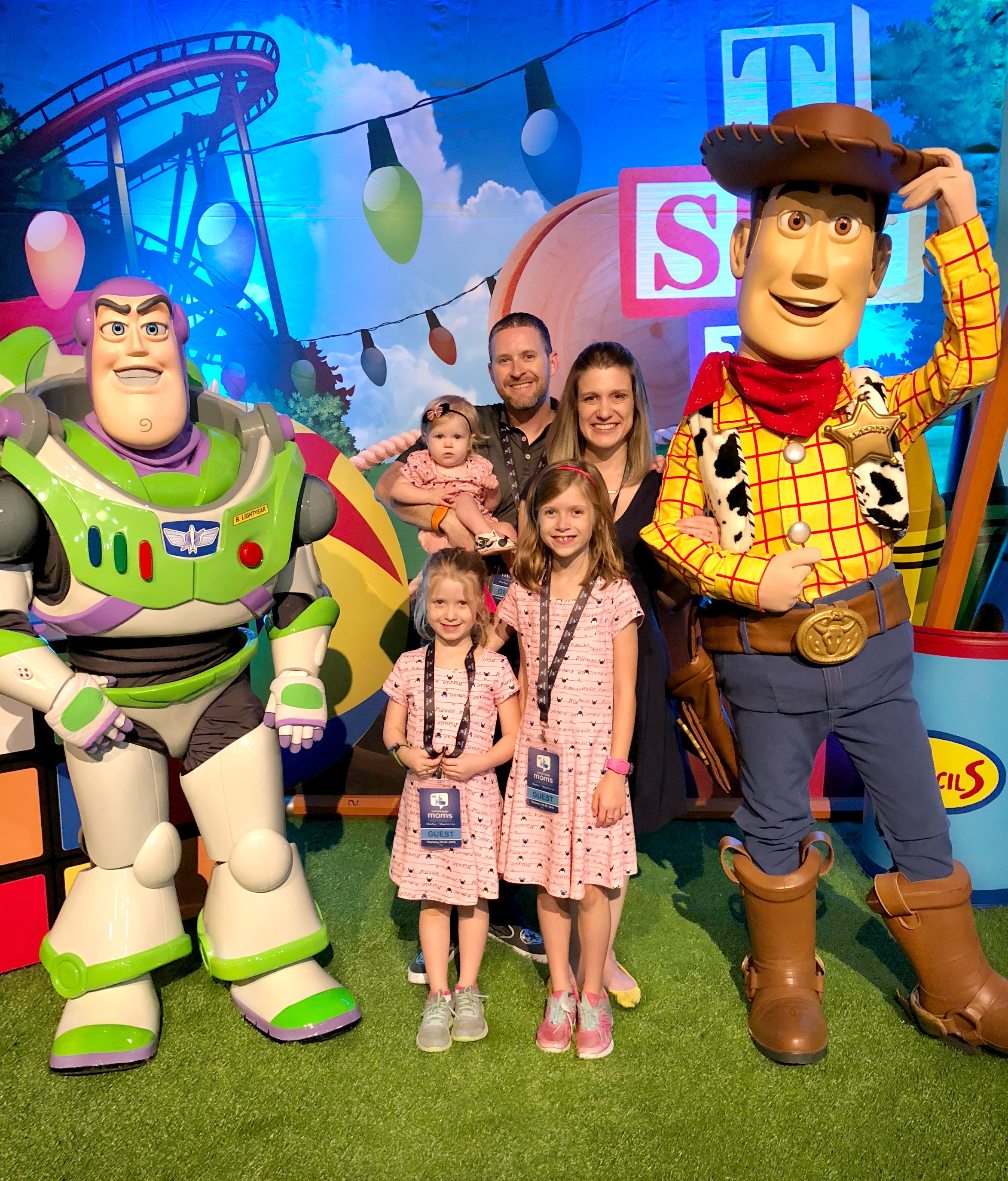 More from the Disney Social Media Moms Conference – 10 Tips For A Disney Cruise With Baby.