We missed Mickey’s Very Merry Christmas Party last year. I was 8 months pregnant, and it just wasn’t feasible. So there was no way we were going to miss this year — even when my husband had to go on a last-minute work trip. Without hesitation, I loaded three kids in the car – ages 9, 6 and 9 months – and tackled Disney solo. Was it a lot? Yes. Would I do it again? Yes! So if you have debating if you should take a baby to Mickey’s Very Merry Christmas party, I am here to say yes and tell you why. 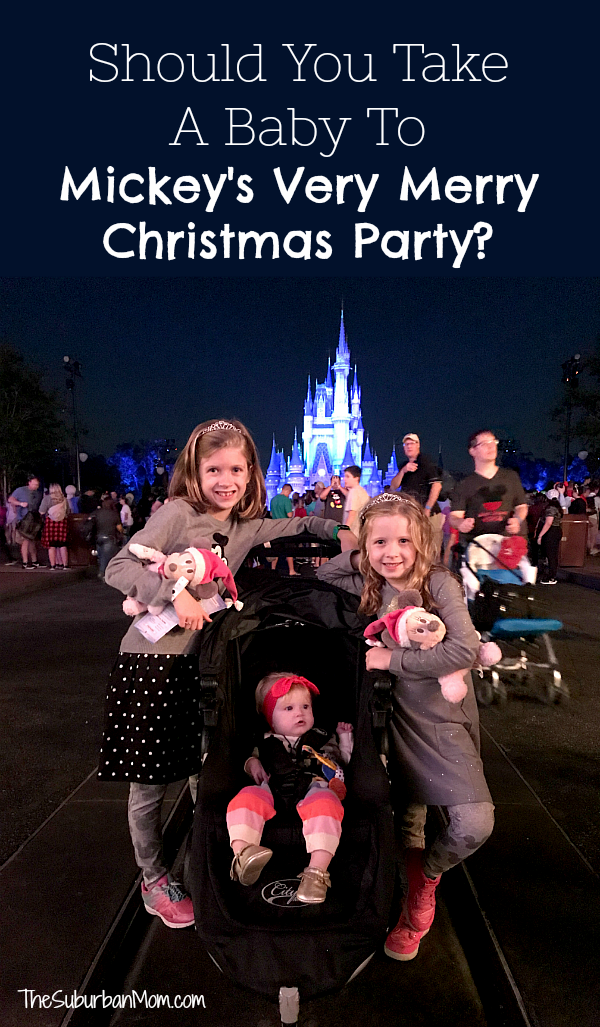 Should You Take A Baby To Mickey’s Very Merry Christmas Party?

While MVMCP might not be on your radar when your firstborn is a baby, with subsequent children you don’t have the luxury of waiting until everyone is “old enough” to go. With a nine-year-old and a nine-month-old, I don’t want to tell my oldest we can’t go to MVMCP until the baby is old enough – especially after missing last year.

Sure, I could leave her home with a sitter. (Although this is made more difficult with a baby who refuses to take a bottle.) But she is part of the family, and since she is portable and can’t run off she’s easy to bring with.

Plus babies get in free, so why not?

Will the baby remember her first MVMCP when she was 9 months old? No, of course not. But she will grow up knowing that she was part of every family adventure and there will be pictures to prove it. 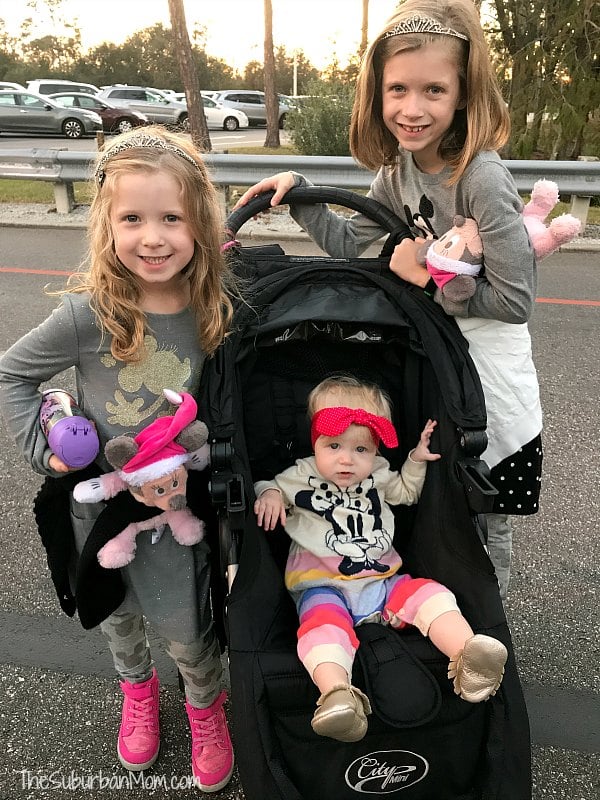 The Minnie and Mickey outfits on my oldest and youngest are from Gap, the dress worn by my middle is from Kohl’s.

How To Get Around With A Baby At MVMCP

While a stroller is a must because it is nice to be able to put baby down. I highly recommend baby wearing at Disney. In many cases you can ride rides while wearing your baby, which means you don’t have to wake a sleeping babe to join your family on rides. I have worn my daughters on Small World, Ariel’s ride, Winnie the Pooh, Dumbo and many more.

FYI – on the carousel, pictured below, you have to sit on the bench not ride a horse. But that was perfect for us, and there was another baby wearing mom next to me. 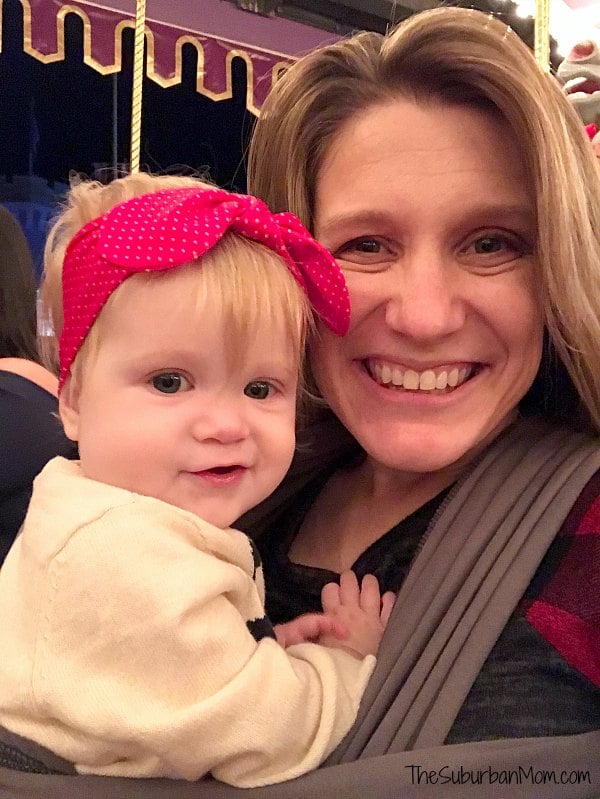 Because it MVMCP evenings can be quite chilly, I also highly recommend bringing a blanket. Cover the stroller or wrap a chilly blanket. I never go to Disney without one of my Aden and Anais blankets.

What Can Baby Do At MVMCP?

Our visit was made a bit complicated by only having one adult. That meant we could only go on rides that everyone, including the baby, could ride. Luckily, there are plenty of rides babies can go on. (Note, there are more rides/attractions a baby can enjoy at the Magic Kingdom, this list includes only those that are open during MVMCP.)

Plus there are tons of unique character photo opportunities during MVMCP that are not available normally. We arrived just in time to see Ariel on land with prince Eric. 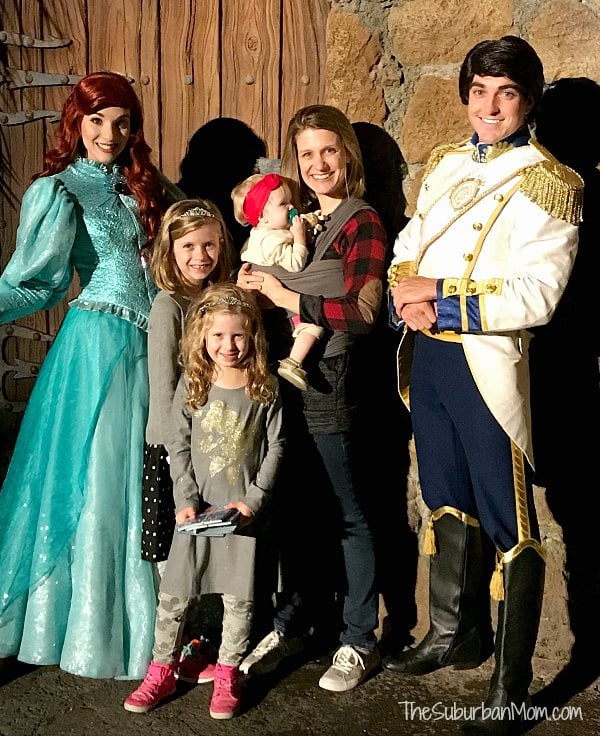 Arriving at the park, we knew what souvenir we were on the hunt for — a Baby’s First Christmas Minnie Mouse. Each of my daughters have one, and we had to have one for baby girl. It’s been nine years since we got the first one so Disney has updated the look, but they still make them and it is the perfect souvenir.

To add to the night’s magic, we also met Santa on Main Street USA for baby’s first Santa picture – with everyone’s Minnie Mouse.

Should you bring a baby to Disney? Yes. 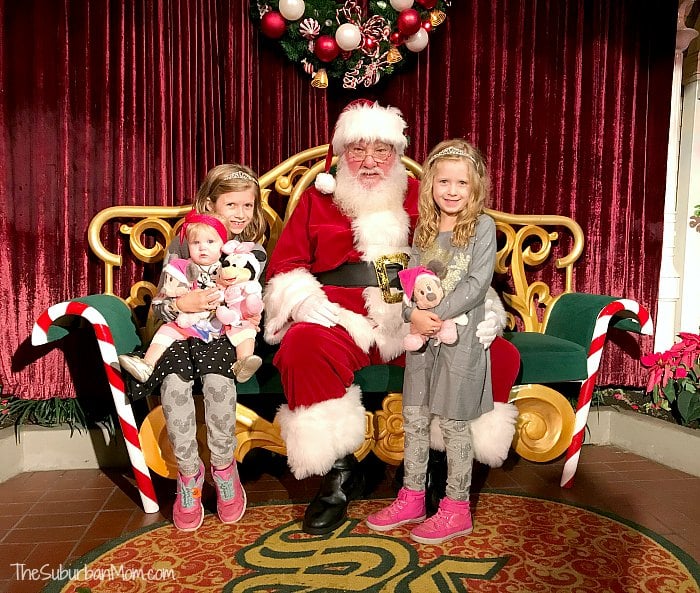 More tips for a Disney Christmas: 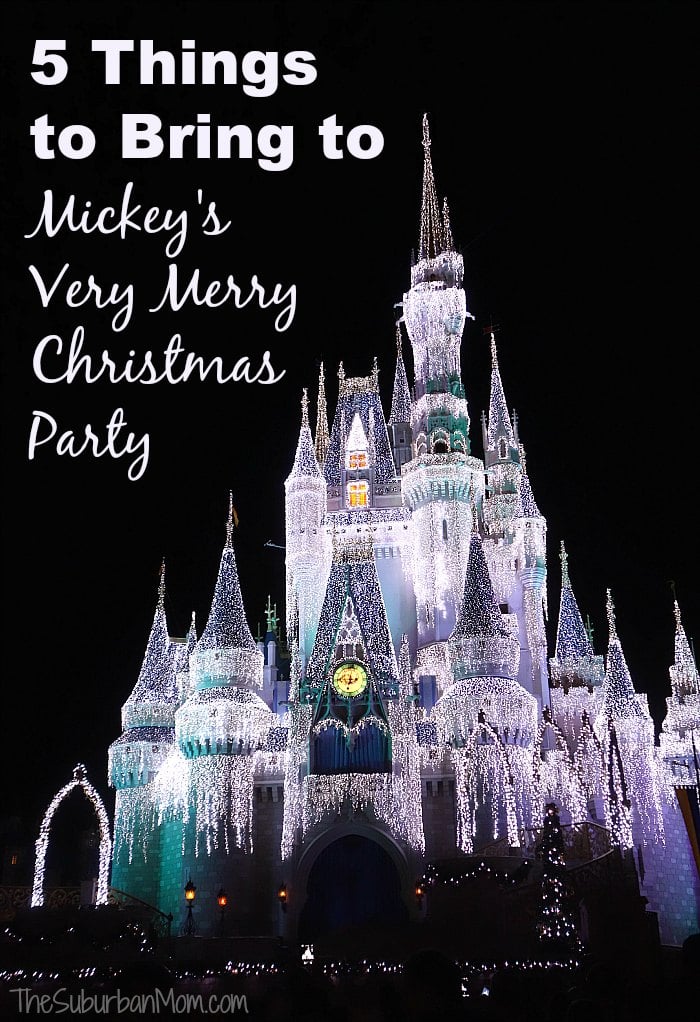