For those who have ever wished they could have a Disney Park all to themselves, Disney After Hours at Animal Kingdom is the Pixie Dust you have been waiting for.

Thank you to Disney for hosting us at Disney After Hours Animal Kingdom.

Disney After Hours is a new special-ticketed event available at Animal Kingdom, Hollywood Studios and Magic Kingdom on select nights. The event takes place from 8:30 – 11:30 and ticket sales are greatly limited – thus providing guests with the unique ability to see a different side of the Disney Parks.

When I say no lines, I don’t mean short lines – I mean NO LINES. Walk straight through the queue and onto the ride over and over. This is your chance to ride the hottest attractions that normally have an average wait time of two hours multiple times in the same two-hour timeframe.

It is a very different side of Disney, a quite peaceful side. Although families are invited, it is also a perfect date night. 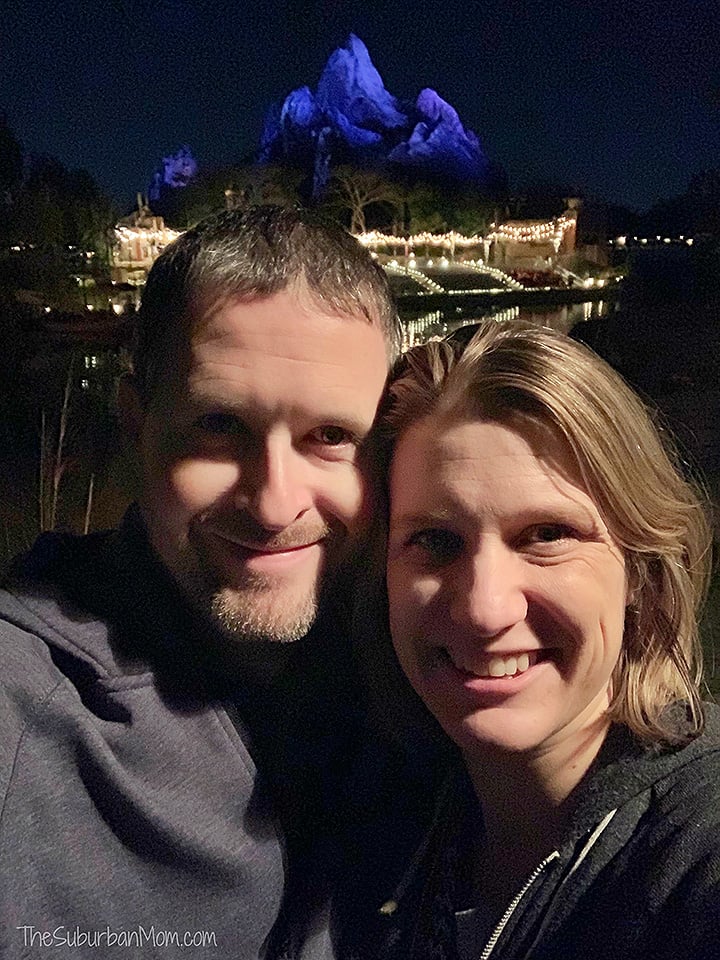 Like other Disney special events, while the party officially starts at 8:30 you can enter the park as early as 7pm. We strolled into Animal Kingdom at almost exactly 8:30 as the last of the day’s guests were leaving. Bundled up for a chilly evening (lows in the 40s), it was easy to see who was left in the park from the day (which was in the 80s) and who was arriving for the evening.

Arriving first in Pandora, it felt like we were the only people around. Having been to Pandora at night once before when it was packed, this was a totally different experience. We had time to wander through the land enjoying the tranquil beauty. Yes, tranquil.

During the three-hour event, we rode Flight of Passage three times, Everest twice and Dinosaur once. Ride enthusiasts can easily squeeze in more, but we spent a lot of time slowly walking around and taking photos. Animal Kingdom is quite pretty at night. 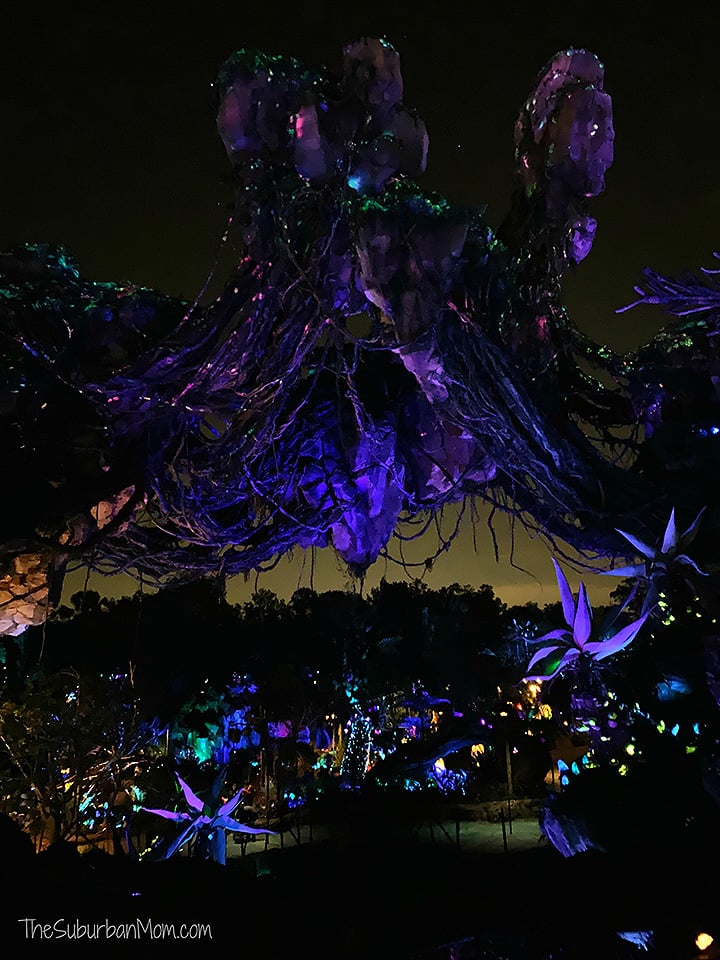 Disney After Hours What You Need To Know

During Disney After Hours at Animal Kingdom, you won’t see any animals. It’s dark long before 8:30 this time of year, and the animals are asleep. So the animal-centered rides and attractions are not available during the event. Instead, this is your chance to ride the thrill rides.

Attractions that are open during Disney After Hours at Animal Kingdom include:

Africa is off-limits – Because there are no attractions open in Africa, the entire area is closed for the evening.

Dress in layers – Because this Disney After Hours events take place after dark in winter and early spring, it is important to dress warmly. Even though daytime temps were in the ’80s on the day we attended, it was a chilly 40 degree evening. 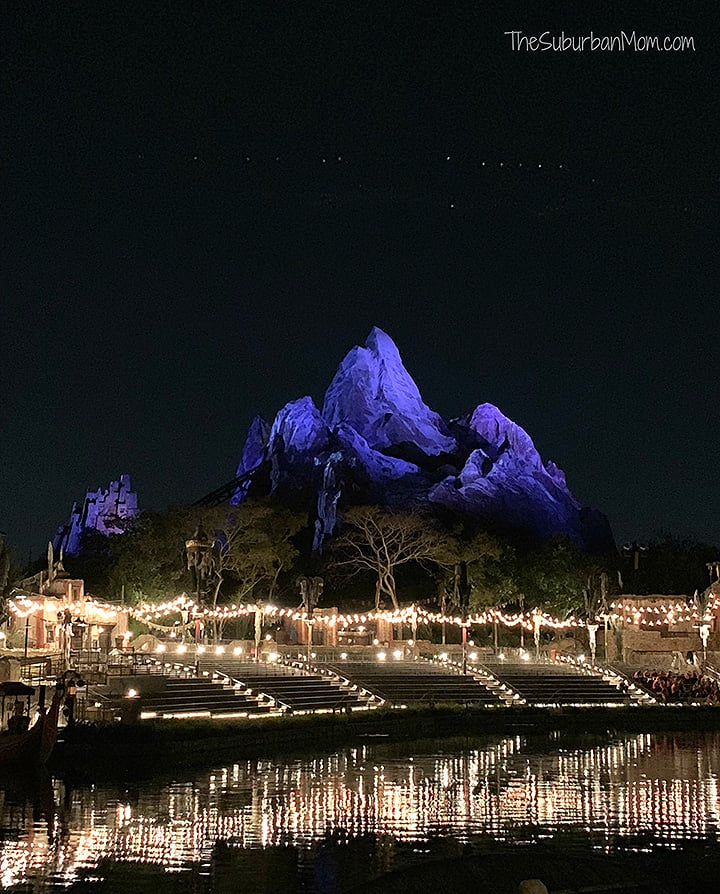 In addition to complimentary snacks, there were limited food and drink options available for purchase as well – such as hot dogs and beer. My husband and I enjoyed a giant soft pretzel in Pandora, and it may have become our new favorite Animal Kingdom snack.

When to arrive – All guests attending Disney After Hours receive a wristband upon entry. Although guests can enter the park as early as 7pm, complimentary snacks do not start until the party starts at 8:30pm. There is also a break from 8 to 8:30pm when all rides shut down so day guests can leave. If you arrive early for the party, make sure you are in line for an attraction or food before 8pm. If I went again, I would use this time to ride one of the attractions closed for the rest of the party or perhaps to get dinner.

Disney After Hours at Animal Kingdom events take place from 8:30 to 11:30 on the following dates:

Disney After Hours events are also held at Disney’s Hollywood Studios and Magic Kingdom on select Saturday nights from December 2018 through April 2019. 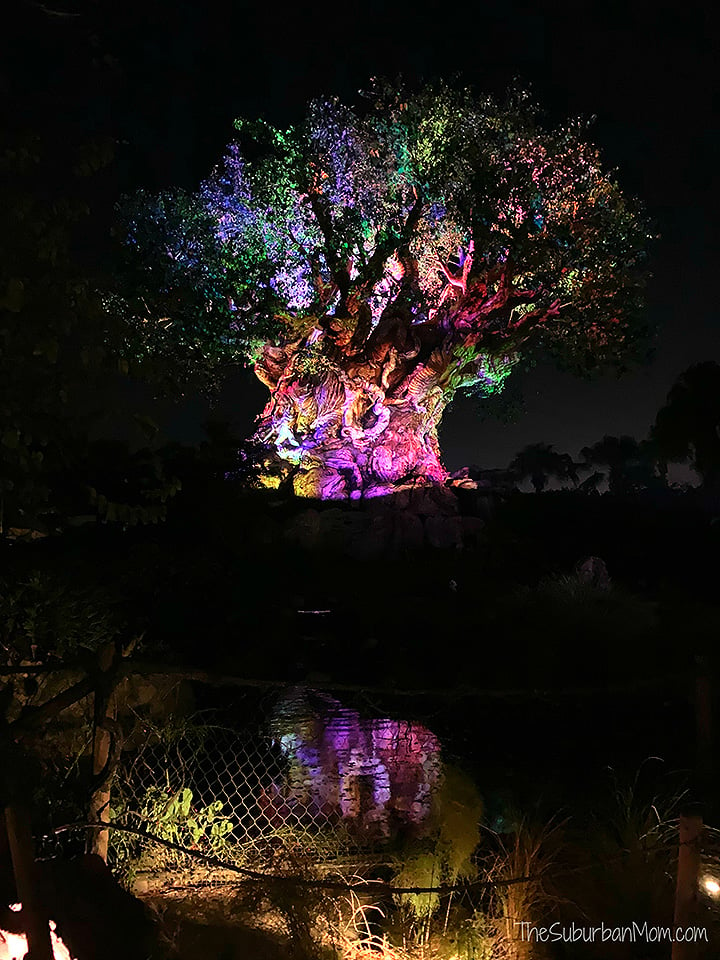 Why Disney After Hours At Animal Kingdom?

Disney After Hours was designed to give guests a unique experience with a very different feel. Having been to the parks more times than I can count, I have never seen a park so empty — and it was really cool.

This event is perfect for people who want to try the most popular thrill rides at Animal Kingdom. Pandora is hands-down the best ride I have ever ridden, even still I am not a fan of waiting in line. For those who are unable to score a FastPass to ride Pandora, or those who want to ride it multiple times, this event is for you.

As I mentioned before, Disney After Hours makes for a great date night. Although there were a few kids there, it was mostly adults the night we went. I can’t remember the last time my husband and I had a chance to enjoy Disney sans kids, and while we love taking them, it was nice to get away.

If you are looking for a little extra Disney Magic next time you visit Walt Disney World, check to see if a Disney After Hours event is happening. Enjoy the park to yourself. 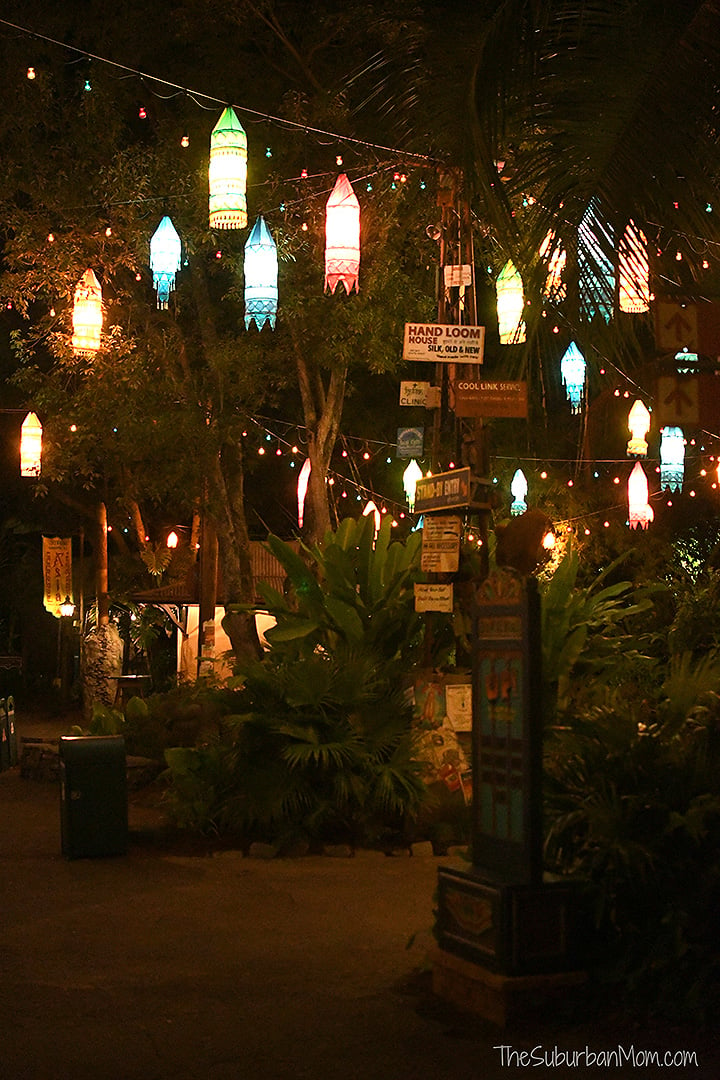