Second star to the right and straight on to Blu-Ray. Peter Pan, the boy who won’t grow up, and his band of lost boys are celebrating 60 years of being a kid. 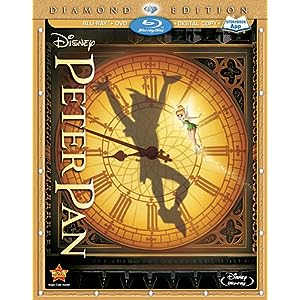 Enchanting mermaids, brave Indians and, of course, the notorious Captain Hook are waiting in Neverland to share their adventures with a whole new generation of kids. It’s Disney classics like Peter Pan that bring out the kid in all of us. (Not to mention that this is the movie that first introduced us all to that spunky little pixie Tinker Bell!)

Here are a few lessons Peter Pan and fellow Disney pals have taught us about how to stay young forever.

Peter Pan will be released from the vault February 5, 2013 on Blu-Ray, DVD and Digital copy some 60 years after Peter Pan taught us all to stay young forever. The digitally remastered movie includes a Storybook App (with coloring pages, puzzles, music, memory games and more), Disney Intermission, an introduction by Diane Disney Miller, never before seen deleted scenes, an alternate ending, deleted songs and a special feature called Growing Up with Nine Old Men.

If Peter Pan is missing from your movie collection, now is the time to bring the Lost Boys home. Pre-orders are now available on Amazon. If you plan to pick up a copy in store, save $5 on a Blu-Ray combo pack with this printable coupon. 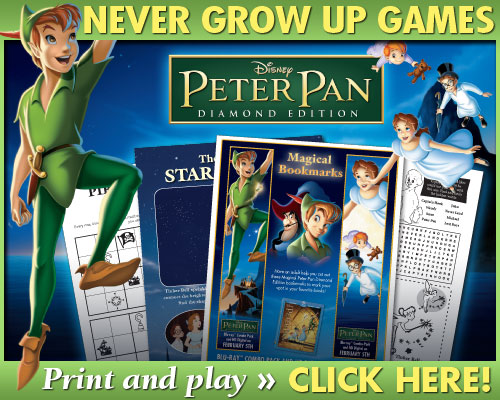 A copy of the movie was provided to facilitate this post, however, all thoughts and opinions are my own.