As a child of the ’80s, My Little Pony will always hold a soft spot in my heart. So it makes me a happy mom to see my daughters enjoy the stories as much as I did. My oldest daughter grew up on the stories of “friendship is magic,” and now my youngest has a whole new storyline to follow — the new generation. Read my My Little Pony: A New Generation review, download coloring and activity pages and find out how Girl Scouts can get a free patch. 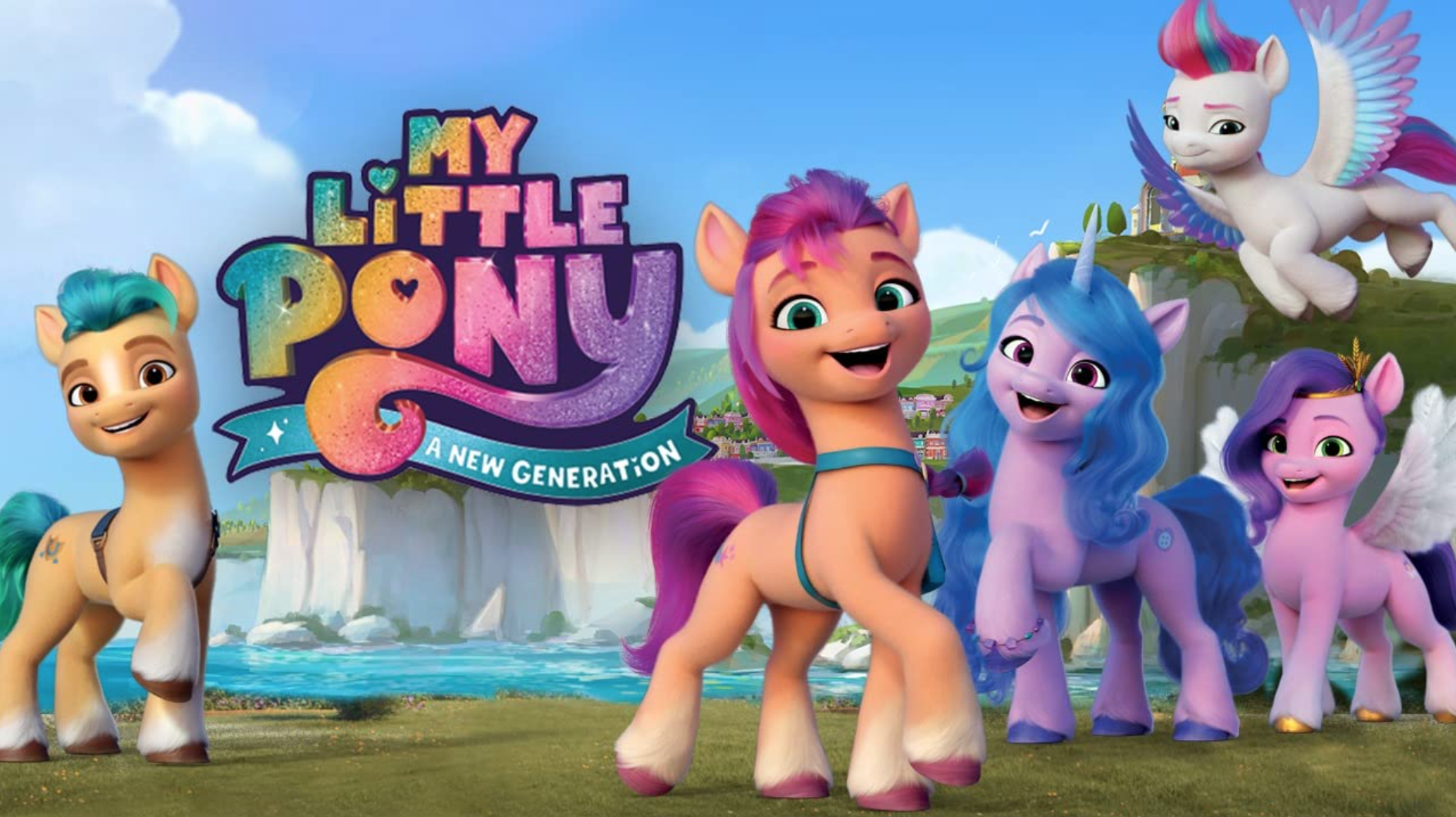 Thanks to Netflix for providing an early movie screener for this review.

My Little Pony: A New Generation

Can we say a star-studded cast of ponies? My nine-year-old daughter immediately recognized the voices of Sofia Carlson of Descendants fame as (Pipp Petals) and Vanessa Hudgens from High School Musical (Sunny Starscout). Other star talent includes James Marsden (Hitch Trailblazer) and Ken Jeong (Sprout). And with all of those musical voices, it was no surprise to me when the ponies broke out in song, resulting in my four-year-old up and dancing.

About My Little Pony: A New Generation:

Many years after the events of My Little Pony: Friendship Is Magic, Twilight Sparkle’s teachings on friendship and harmony have been replaced with paranoia and mistrust, and the three pony kinds – Earth ponies, pegasi, and unicorns live separated from one another. In the Earth pony town of Maretime Bay, Argyle Starshine tells stories of Twilight Sparkle and her friends to his young daughter Sunny Starscout, who inherits his dream of reuniting the three pony kinds.

One day, after Sunny has grown up, a lost unicorn named Izzy Moonbow wanders into Maretime Bay. The town’s residents react in panic, believing that Izzy is a hostile invader. Sunny, finally given an opportunity to make friends with a unicorn, shelters Izzy in her home, and Izzy reveals to her that unicorns no longer have magic powers following their sudden disappearance. Together, they embark on an adventure and travel across Equestria on a mission to restore magic to the land.

Equestria’s divided. But a bright-eyed hero believes Earth Ponies, Pegasi and Unicorns should be pals — and, hoof to heart, she’s determined to prove it.

My Little Pony: A New Generation is a wonderful story about how every pony is really the same. Divided all of the ponies have lost their magic, but what happens when they set aside their differences and learn to be friends again? Well, I am sure you can guess, but the age-old message resonates with pony magic as it has for generations. I enjoyed watching the movie almost as much as my daughters did.

The new characters are full of fun personalities, and my kids couldn’t help but fall in love with the new generation of ponies. I’ve already checked, and with the new movie comes a whole new line of MLP toys. Who wants to take bets that these end up on a lot of wish lists this year, including my daughter’s? They can join our collection of 1980’s and 2010’s MLP toys! 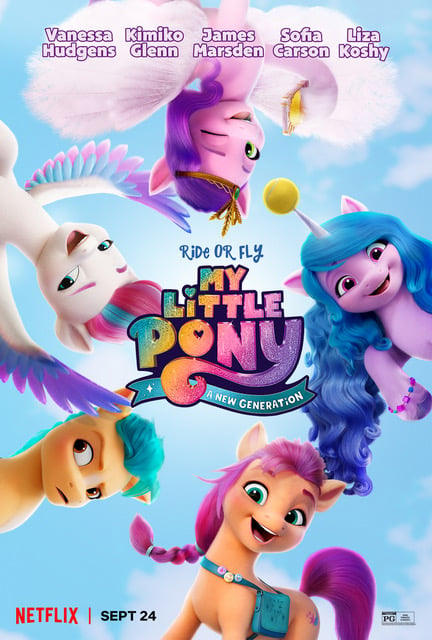 If your kids fall in love with the new generation of ponies like mine did, then they will appreciate these coloring pages featuring their favorite new ponies.

Calling all Girl Scouts. In celebration of the premiere, the My Little Pony team and Girl Scouts have put together a fun activity pack for you to print out and enjoy with your family and friends while screening the film at home.

Be sure to let your Girl Scout Leader know that after you have completed your activity book, you can earn a fun patch available for sale from the Girl Scout store ($1.50 each). (Special note, according to the website the first 10,000 requested patches are free, so be sure to order yours ASAP.)

Not a Girl Scout? You can still enjoy the free activity pages. 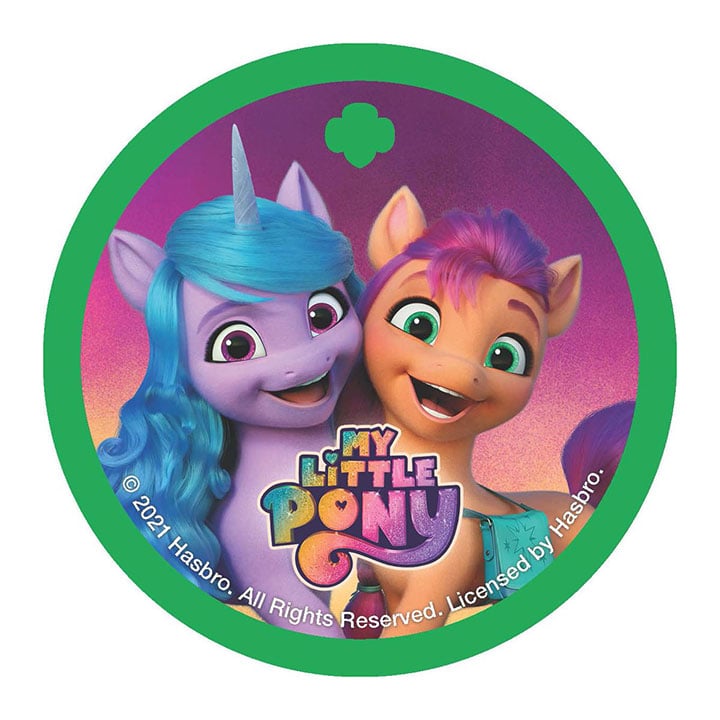 My Little Pony: A New Generation On Netflix

My Little Pony: A New Generation debuts on Netflix on September 24, 2021.