This post is sponsored by BabbleBoxx on behalf of Spin Master.

My daughters are no stranger to clip-on hair extensions, but DIY hair extensions that’s something new. I think we’ve clip-on hair in every color of the rainbow over the years. They love to wear them for dress up or just for fun. But we’ve never made our own – until now. Like many things, hair extensions are even more fun when you make them yourself. 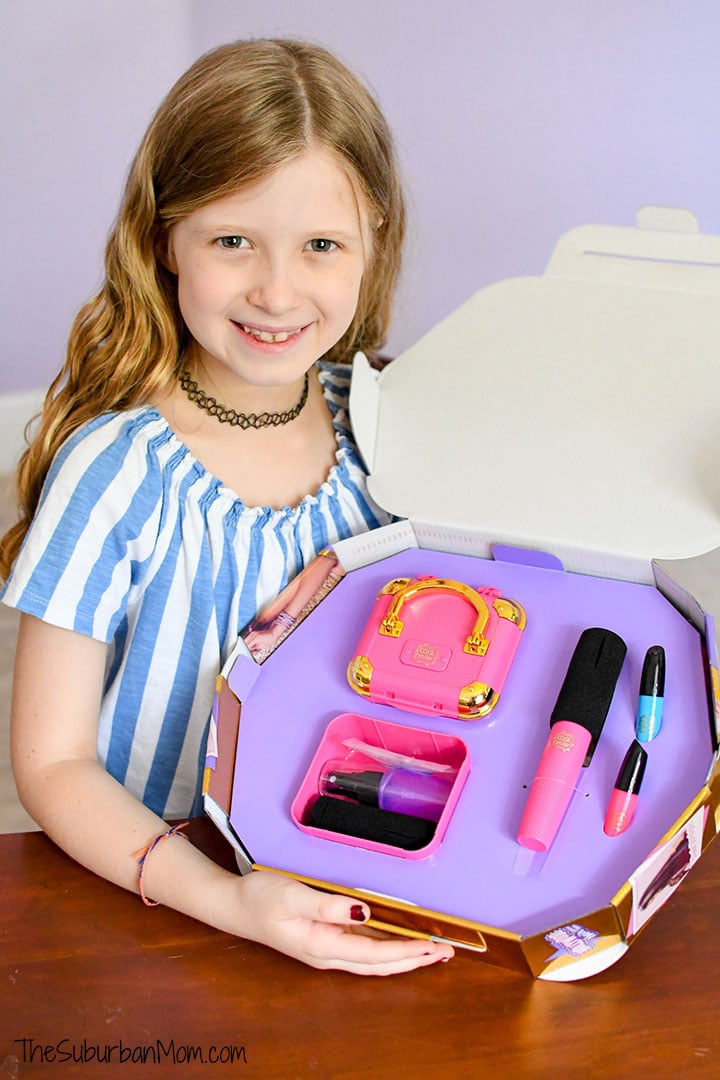 Straight outta the box, the Hollywood Hair Extension Maker is a little girl’s dream. So much glam. There were so many squeals as my daughter explored everything in the box.

As the mother to a curly-haired daughter, one of the problems with clip-on hair extensions is that they are straight. So, my daughter always points out that it doesn’t look “real” in her hair bc they are straight. Sis was so excited to learn that the extensions in the Hollywood Hair Extension Maker can be curled! It was a HUGE deal for her. 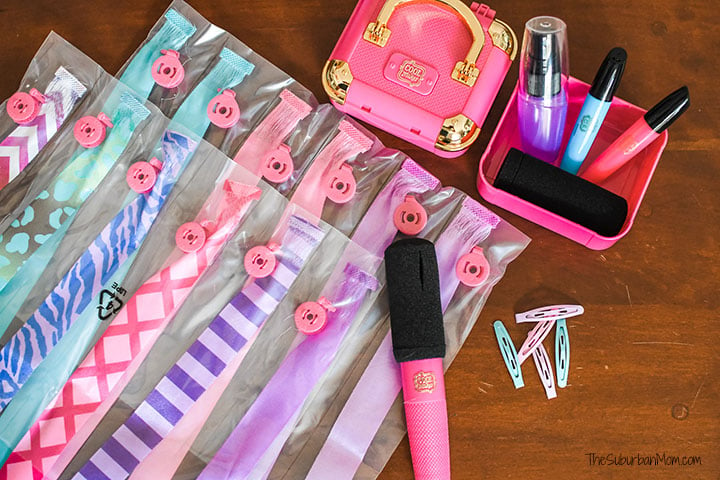 The Hollywood Hair Extension Maker comes with 12 ribbons, which later become hair extensions, and two markers. (You can also purchase a Delux Hollywood Hair Extension Maker, which comes with 18 extensions and some other extras.) Kids can design their own hair extensions by drawing directly on the ribbons. My daughter wanted black designs, so we also used a Sharpie marker, which worked perfectly. 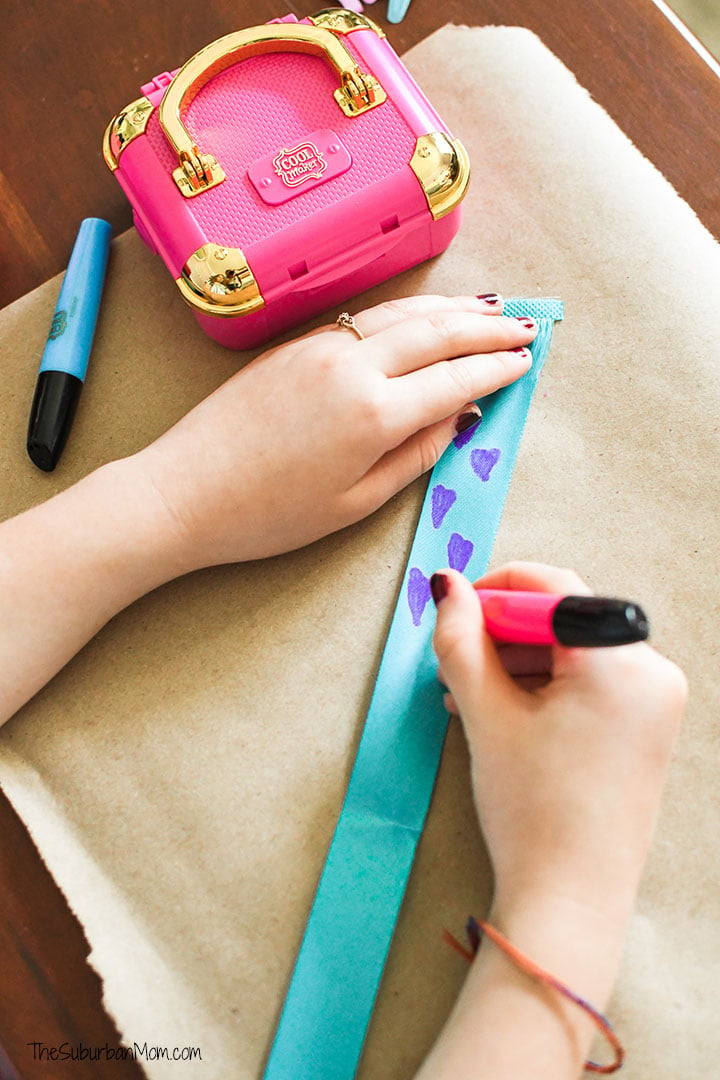 After designing a hair extension, it’s time for the magic. The ribbon is placed in the machine, which pulls out the thread that weaves the extension into a ribbon, and it spits out a hair extension. I have to say it is really cool to watch. 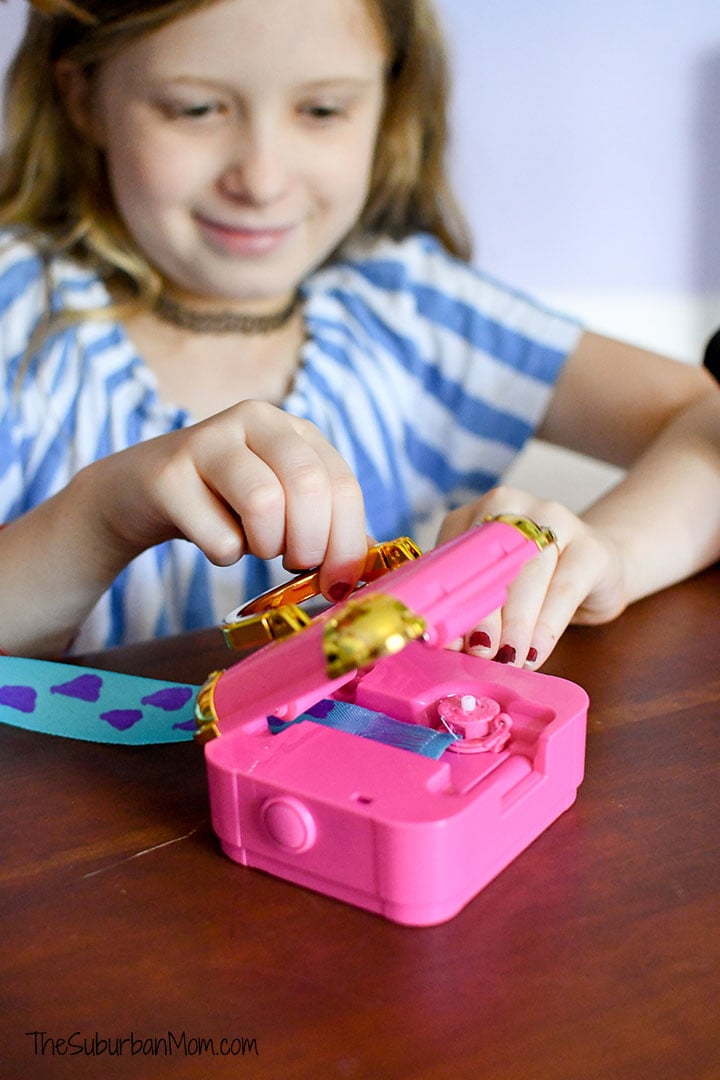 We had some trouble with the machine stopping or getting jammed, but we were able to unclog it and continue the process.

After the ribbon is turned into an extension, it can be worn straight or it’s time to curl it. The extension is wrapped around one of two foam rollers and spritzed with the included water bottle. The instruction booklet even demonstrates three ways to wrap the extension to achieve different types of curls. The hardest part is waiting the two hours for the curls to dry. 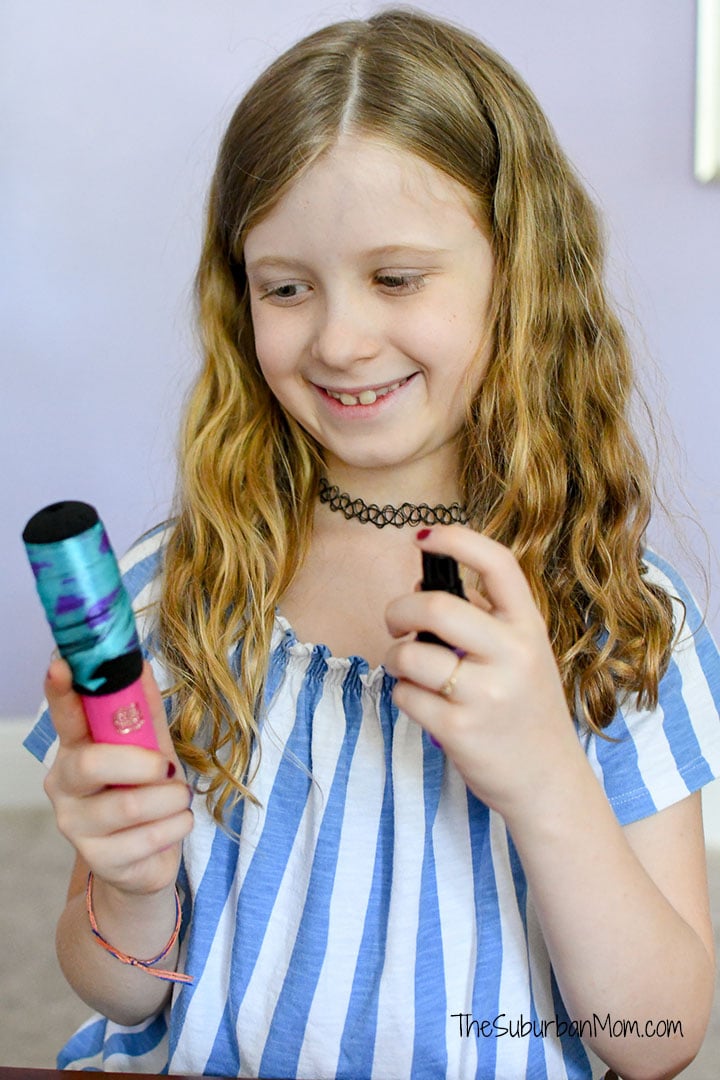 My daughter made three extensions right away, two for her and one to give to her BFF. I have a feeling I will be buying some refill packs soon because it is just so much fun to create and customize your own hair extensions.

The Hollywood Hair Extension Maker is available at Target, Walmart and Amazon. 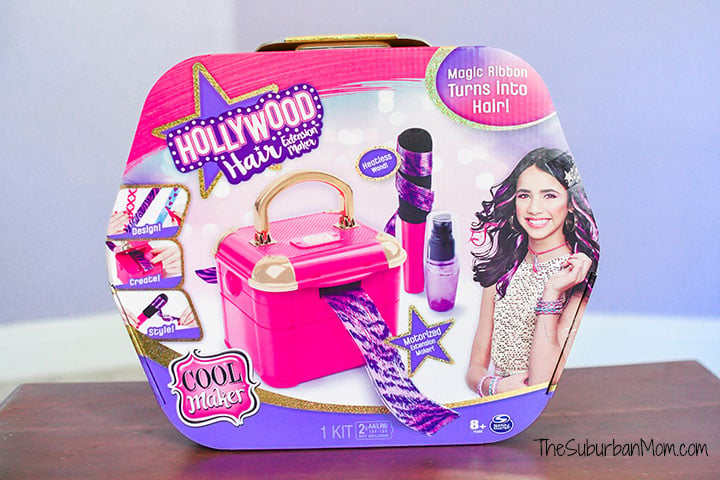