If you haven’t been to Disney’s Hollywood Studios lately, you are missing out. There are so many new fun things to do (with more on the way in 2019) for families, especially those with little ones. The new Disney Junior Dance Party is just one of several attractions at Hollywood Studios for toddlers and preschoolers. 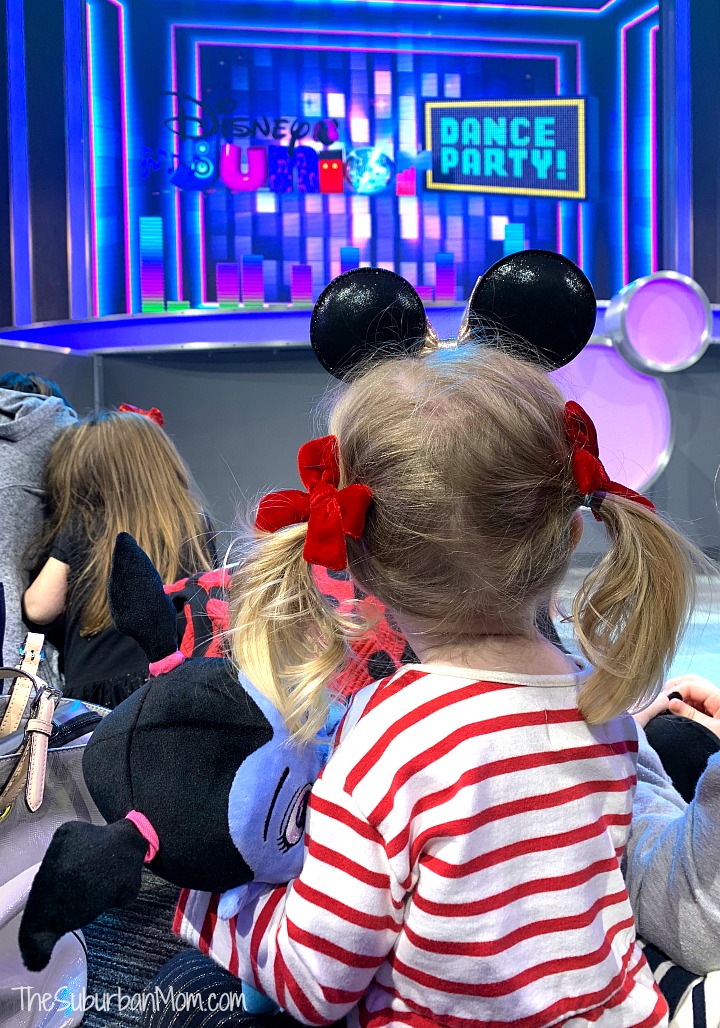 Disney Junior Dance Party is the newest fun for toddlers and the preschool crowd, but it isn’t the only attraction for pint-sized Disney fans at Hollywood Studios. There are plenty of family-friendly rides and shows, including some of our favorites. For thrill riders, Rider Switch allows older siblings and parents to take turn riding the big rides without waiting in line twice. With new several new attractions planned to open this year, Hollywood Studios has a lot to offer families. 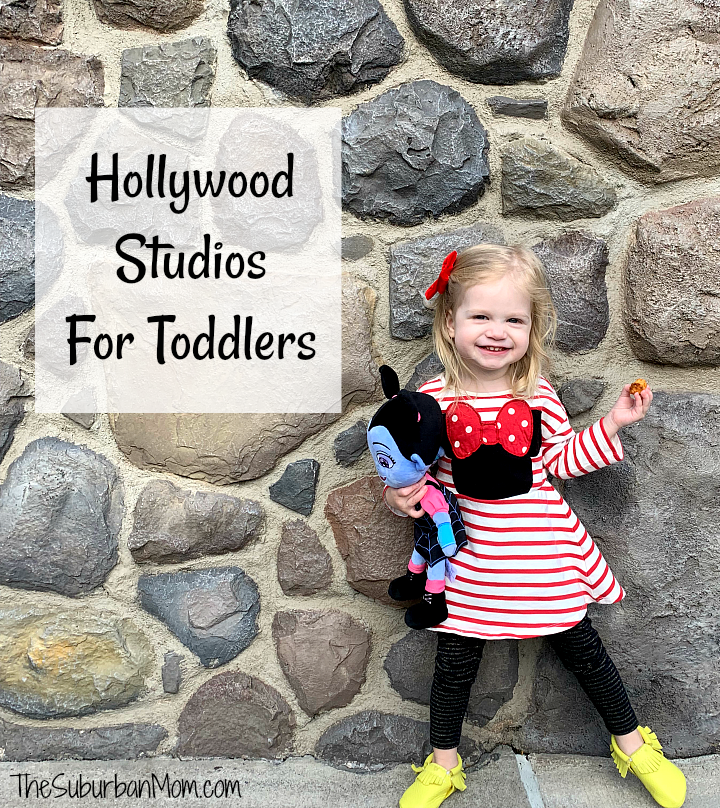 Little ones can join their favorite Disney Junior pals for a rockin’ good time and learn new dance moves during the Disney Junior Dance Party. The party takes place in Animation Courtyard and features Mickey and the Roadster Racers, Vamperina, The Lion Guard and Doc McStuffins. 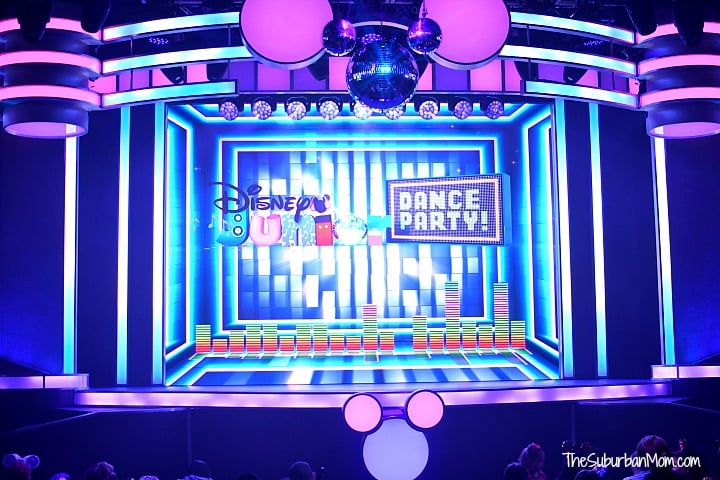 The high-energy show combines favorite Disney Junior characters on the big screen and a few special friends dancing on stage. My girls were most excited to see Vamperina and learn the Spine Chiller dance. Timon’s Zuka Zama Zum Zum dance was also a big hit. 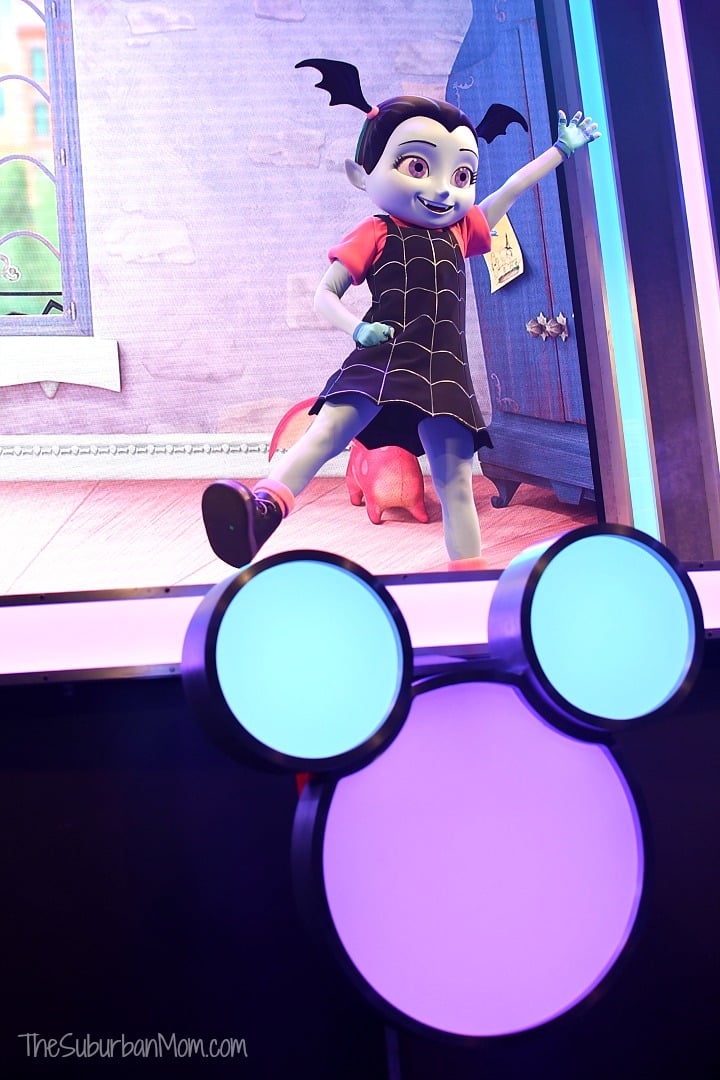 Special effects like bubbles and falling leaves keep the kiddos in giggles and dancing on their feet. FastPasses are available for the live show, which takes place at scheduled times throughout the day.

Mom tip – kids in the front and along the center aisle are asked to assist in the show getting the music started and other small parts. (Watch the video below to see how the audience is incorporated into the show.) 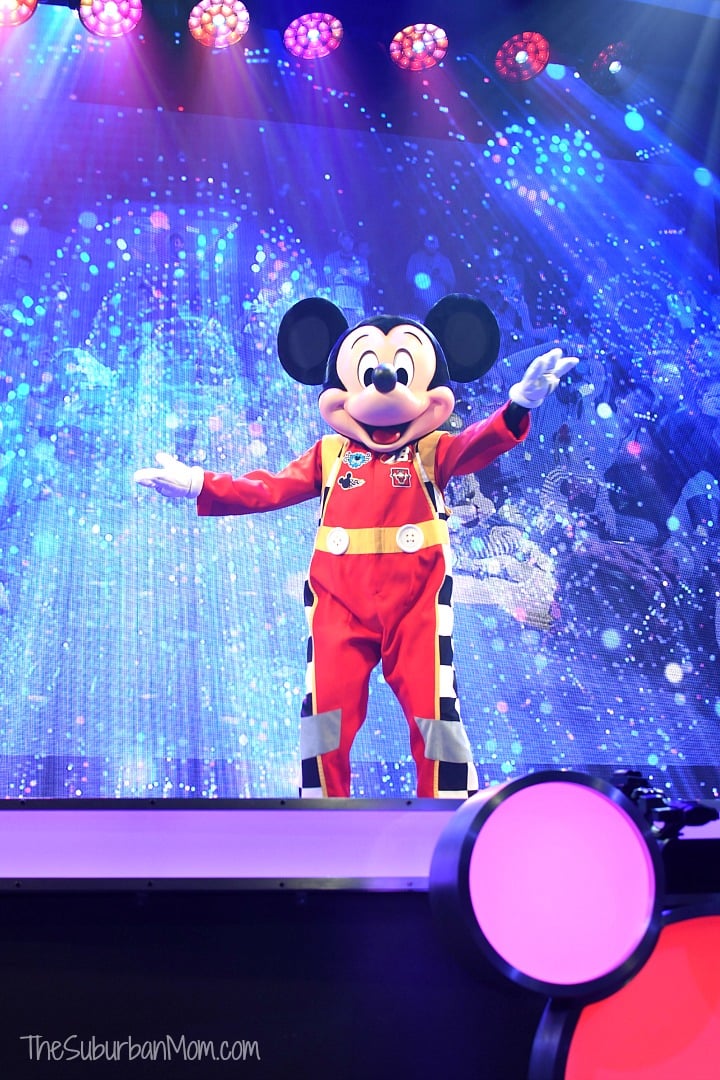 After the show, head outside for your kiddos chance to meet Vamperina, Doc Mcstuffins and Princess Sofia.

Watch the full Disney Junior Dance Party show below, including my daughter and I in our cameo on the big screen as laughing hyenas.

Toy Story Land is a giant playground for kids of all ages filled with life-size toys and fun family rides. Pint-sized riders will be thrilled to find the rides are just right for them — many preschoolers can even ride Slinky Dog Dash. On this visit, our petit two-year-old was thrilled to discover she is now tall enough for the Alien Swirling Saucers ride. 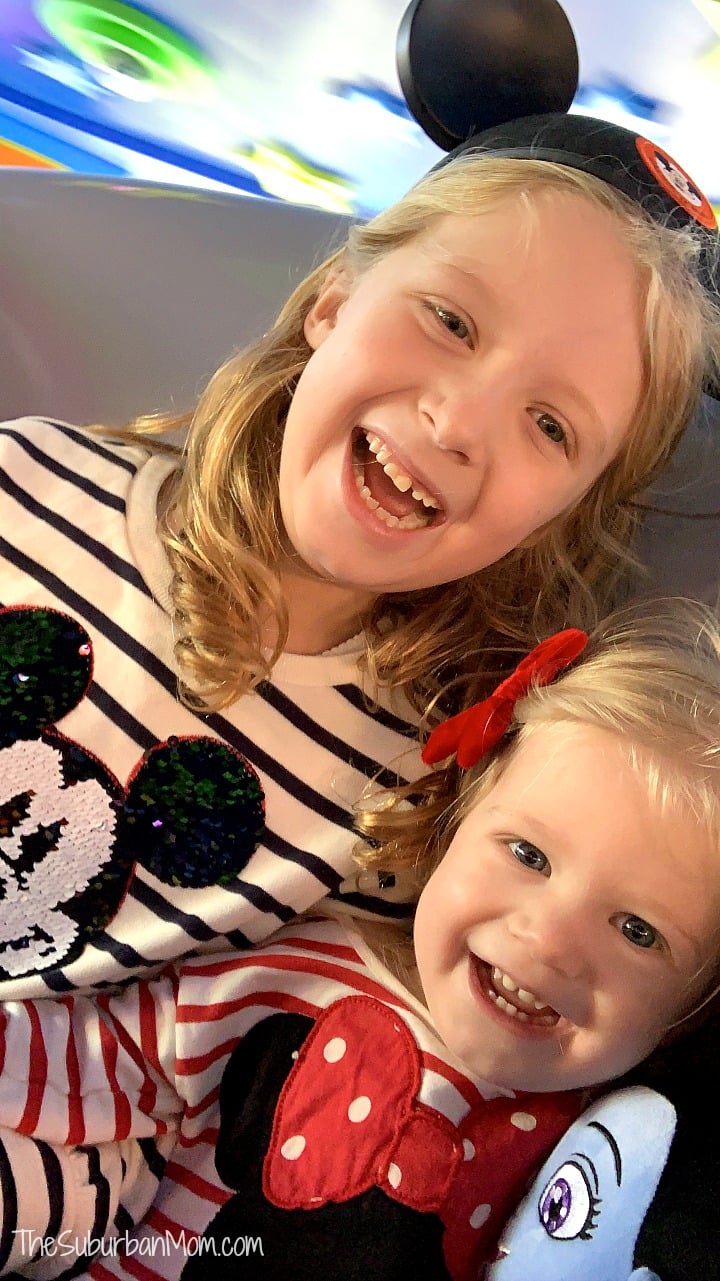 While this tip isn’t exciting for the little ones, it is for parents and older siblings. Rider Switch allows everyone who wants to ride the big thrill rides have a chance without waiting in line twice.

The best part about Rider Switch is that the second rider can take up to three people with them. So in our family, that means the big kids get to ride everything twice — once with mom and once with dad — but we only have to wait in line once. 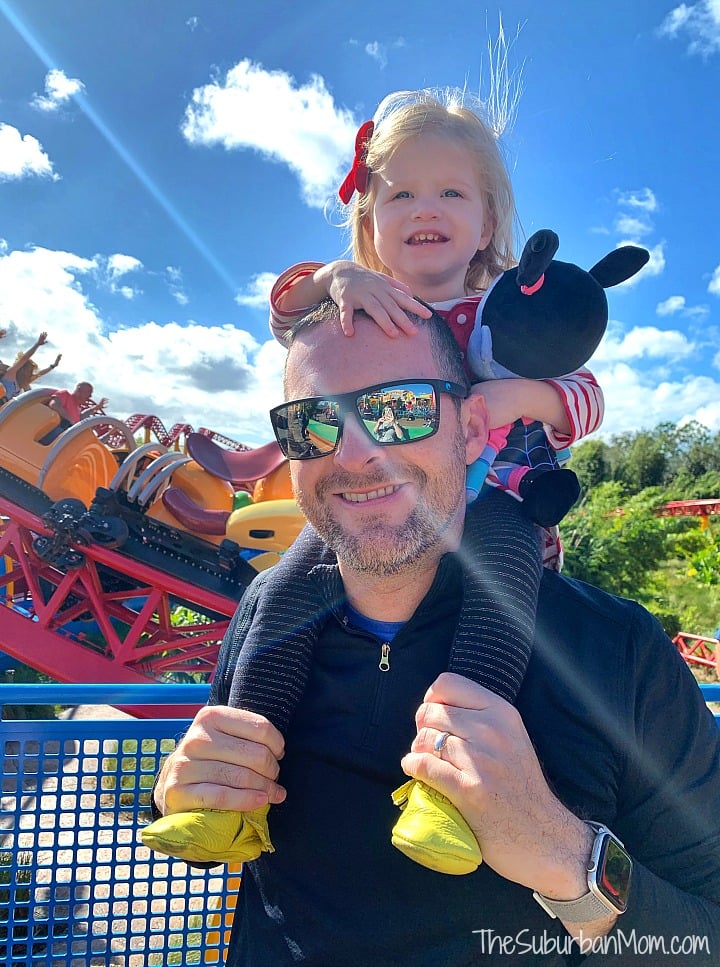 To use Rider Switch, approach the line entrance with your whole party. Let the cast member know who plans to ride first and second. Your FastPass band or card will be scanned essentially giving the second riders a FastPass to return when the first riders finish the ride.

This way the whole family can enjoy their time at Hollywood Studios. Find a full list of rides with Rider Switch here. 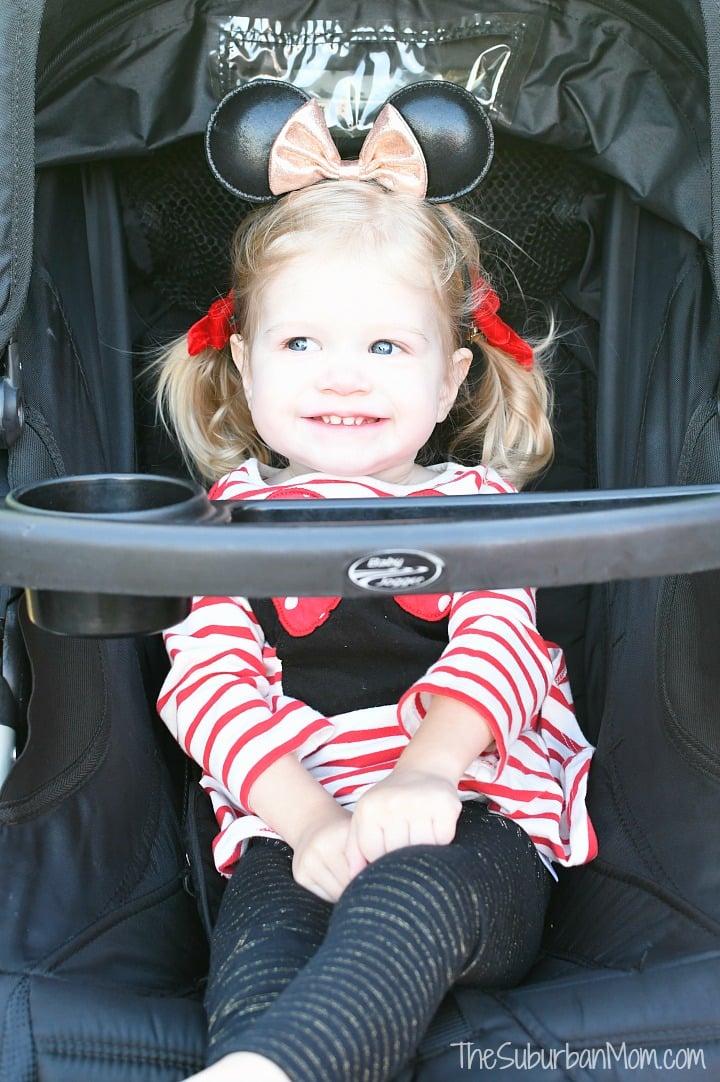 We got lucky and walked into the park just as Daisy Duck arrived, and it was the first time our toddler was excited to see a character. She ran right up for a photo. While some kids are afraid of characters, for those who are excited to meet their favorites, it is magical. 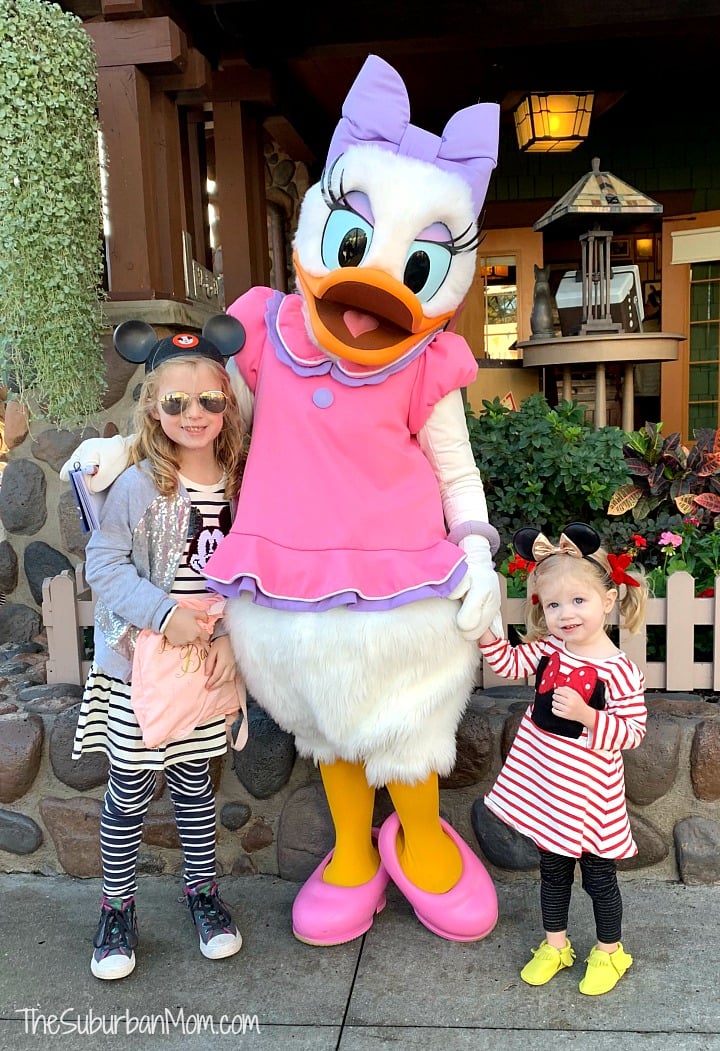 Character Meet and Greets at Hollywood Studios include:

*You can also catch Storm Troopers, Captain Phasma and Rey marching through the park at various times, but they don’t stop for photos.

If your tots love characters, I highly recommend the Disney Junior breakfast or Minnie’s Seasonal Dining (dinner) at Hollywood and Vine.

There is even more fun coming to Hollywood Studios for toddlers in 2019 including Mickey and Minnie’s Runaway Railroad and Lightning McQueen’s Racing Academy. For older kids, the much anticipated Star Wars: Galaxy’s Edge also opens in 2019.

It’s a big year at Hollywood Studios for toddlers and their families!

For more planning ideas check out 10 Things To Do At Disney With Your Preschooler. 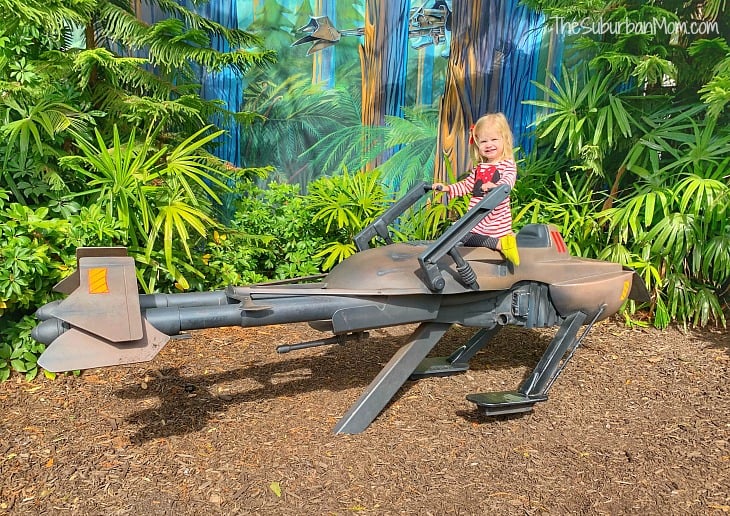