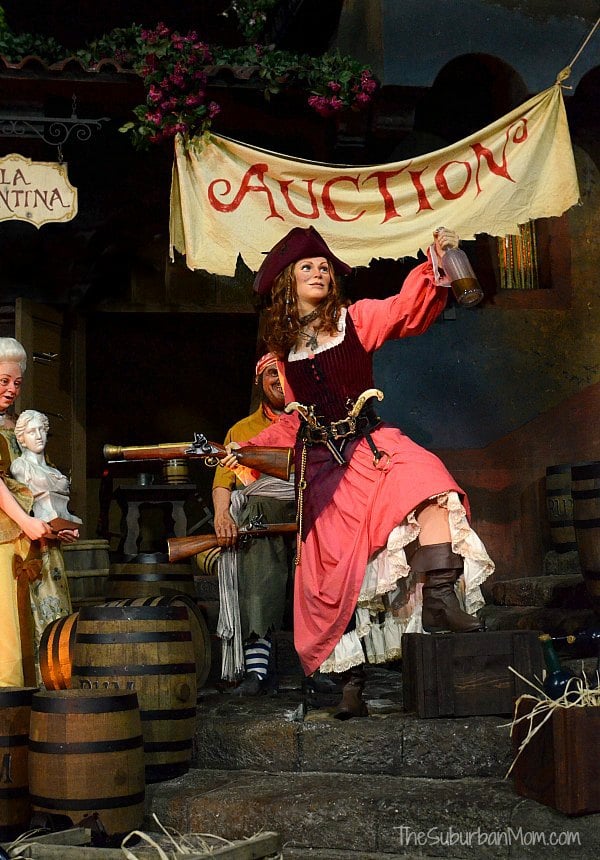 Pirates of the Caribbean has been closed for refurbishment since February, and is now reopened to the public. But before the guests could ride, I got a very special sneak peek before the park opened. Thank you to Disney for the invitation to ride.

In the scene, which formerly featured an auctioneer auctioning off wenches, the star of the scene (known as the lady in red) now takes a starring role, switching sides. Reimagined as Redd the pirate, she has been updated, but still dons her signature red this time in the form of a pirate costume. 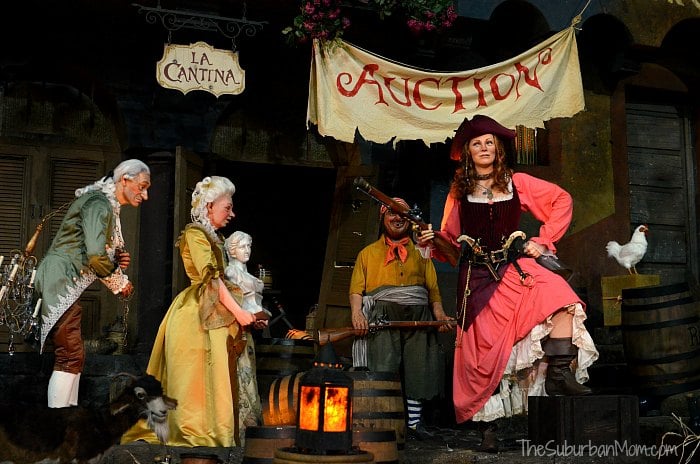 The pirate is auctioning off the many treasures she has pillaged. No longer a damsel in distress, she even has a speaking line.

Check out the new scene in the ride:

The update gives the ride a much-needed strong female character, and it blends seamlessly into the existing ride.

One of the unique things about the Pirates of the Caribbean ride is that the ride, which opened 51 years ago at Disneyland, inspired the movie, and then in turn the movies have continued to inspired the ride.

Easter Egg – Don’t get too caught up in the auction scene that you forget to look to your right. At the top of the stairs is a new sign for the East India Trading Company — a direct reference to the Pirates of the Caribbean movies. (I nearly missed it myself, so the image is a screen grab from my video.) 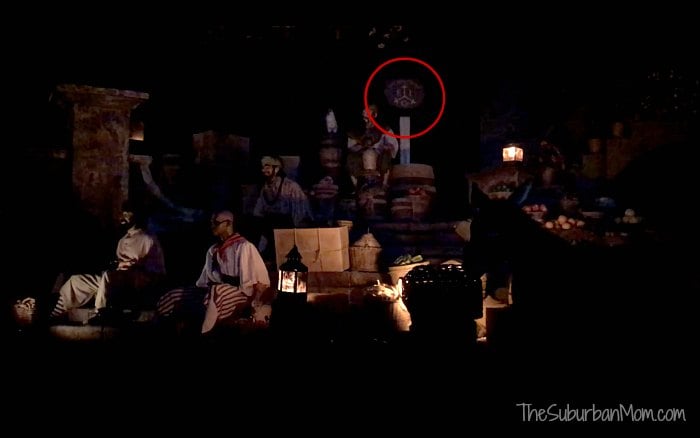 I hope you get to visit the newly refurbished Pirates of the Caribbean ride to experience Redd for yourself soon.