The Disney Channel did it again. Descendants 2 was a hit! My daughters and their friends had been talking about the upcoming movie for weeks, and when the movie premiered — all of the girls stayed up late to watch it so they could all talk about it the next day. It was the big summer hit. After all of the excitement, and watching the movie on repeat since the premiere, imagine the excitement when mom presented them with a Mal wing, an Evie wig and an Uma hat. (Cue loud shrieking.)

Since Mal has always been K’s favorite and Evie Sissy’s favorite, that meant Uma’s hat was left for Pi. The trio donned their attire (complete with Descendants Halloween costumes from the first movie), asked “Alexia” to play the Descendants 2 sound track and a costume dance party was born.

Look at the cuteness! Guess what my crew will be dressed up as for Mickey’s Not So Scary Halloween Party this year?! Now to find something the baby can wear as Uma to complete these sisters Halloween costumes.

Get the Descendants 2 sisters Halloween costumes:

Isle of the Lost Books

We set a challenge for her to earn a copy of Rise of the Isle of the Lost, and she should finish it this week. So she can’t wait to read that too.

Return to the Isle of the Lost: A Descendants Novel (The Descendants)

In Descendants 2 the villain kids are back and the stakes are even higher in the highly anticipated sequel to the Disney Channel Original Movie “Descendants”! The story deepens in the music-driven sequel to the global smash hit “Descendants,” as the teenage sons and daughters of Disney’s most infamous villains try to find their place in idyllic Auradon.

When the pressure to be royally perfect becomes too much for Mal, she returns to her rotten roots on the Isle of the Lost where her archenemy Uma, the daughter of Ursula, has taken her spot as self-proclaimed queen of the run-down town.  Uma, still resentful over not being selected by Ben to go to Auradon Prep with the other Villain Kids, stirs her pirate gang including Captain Hook’s son Harry and Gaston’s son Gil, to break the barrier between the Isle of the Lost and Auradon, and unleash all the villains imprisoned on the Isle, once and for all.

Descendants 2 is now available on DVD. If your kids love it as much as mine do, it’s a good movie to own so they can watch it over and over again. After a while, I bet even mom and dad will start humming along to those catchy tunes.

As a special bonus, the Descendants 2 DVD comes with a free necklace and 5 villain charms, which were a big hit in my house. 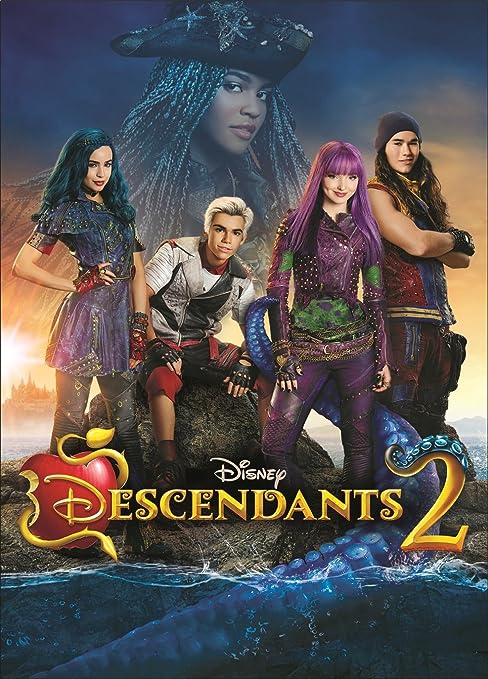 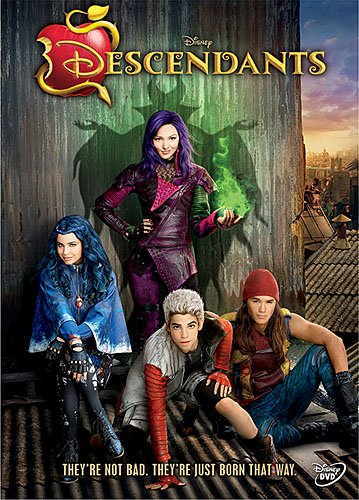 For even more fun, check out this DIY Descendants purse / gift box from Raising Whasians. Such a super cute project.