For today only, December 25, 2012, and while supplies last, get “Disney Epic Mickey 2” for Xbox 360 or PlayStation 3 for $19.99, “Disney Epic Mickey 2” for Wii and “Epic Mickey: Power of Illusions” 3DS for $25.00 and “Just Dance Disney Party” for Wii and Xbox 360 for $15.99. Applies only to purchases of products shipped and sold by Amazon.com, and does not apply to products sold by third-party merchants and other sellers through the Amazon.com site. 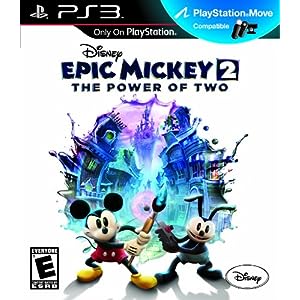