This post was sponsored by PAW Patrol as part of an Influencer Activation for Influence Central and all opinions expressed in my post are my own.

“PAW Patrol, PAW Patrol, we’ll be there on the double!” It’s time for a rescue! My daughter sang and cheered when I revealed the new PAW Patrol Movie True Metal Total City Rescue Set. She could hardly wait for me to open the box to put Skye, Marshall and Chase into action. And there’s lots of action with the new set of vehicles and an interactive playset. 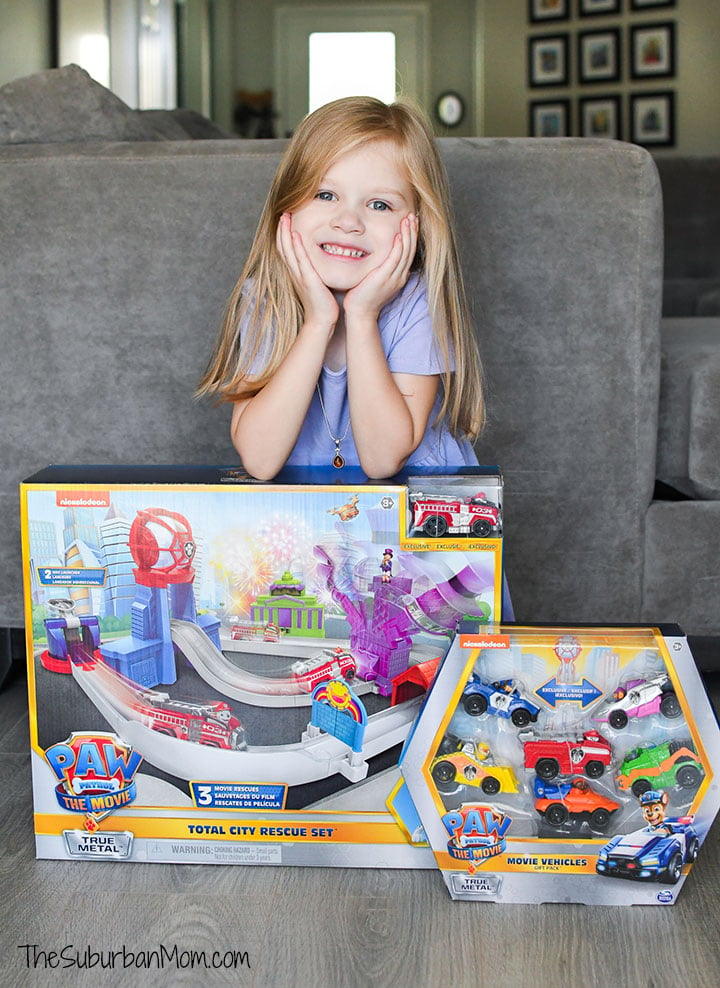 Has your family seen the new PAW Patrol movie yet? We still haven’t seen it (yet), but our little fan can’t wait. As with watching any PAW Patrol episode, part of the fun for her is recreating her favorite scenes with her PAW Patrol toys. The PAW Patrol Movie True Metal Total City Rescue Set helps this imaginary play come to life with the film’s iconic city locations and movie-inspired rescues.

While we own tons of cars and PAW Patrol vehicles, this is our younger daughter’s first race track. She was so excited to launch her PAW Patrol friends and race them around the track. And even though she hasn’t seen the new movie yet, she knew exactly how to use the storytelling and action playset to make her own PAW Patrol rescues. 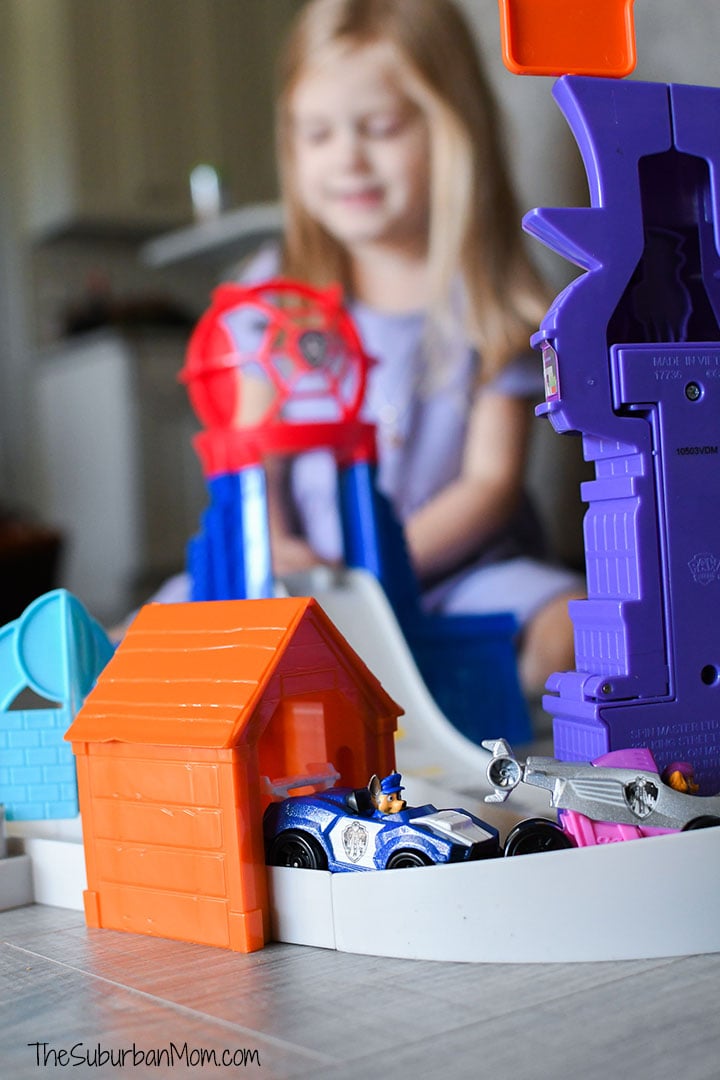 I’m happy to report that setting up the PAW Patrol Movie True Metal Total City Rescue Set was a breeze. Our little hero always wants to “help” mom build toys, and usually, that just makes things complicated. But the track was so simple to put together and it was easy to have her help snap the track pieces together and hand me items for assembly. We had the whole track built and ready for play in less than 10 minutes, and she was so proud to have helped build her toy. 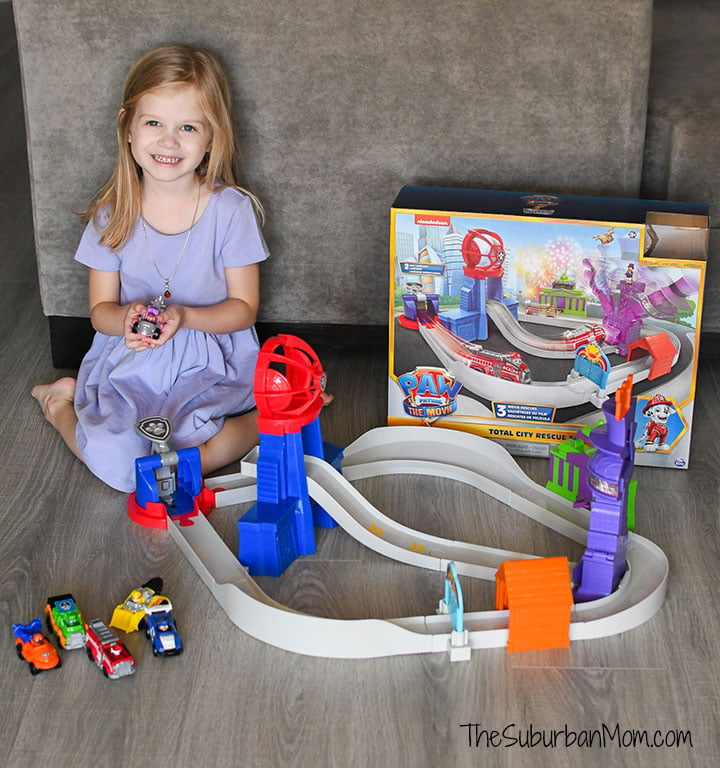 The PAW Patrol Movie True Metal Total City Rescue Set comes with a 1:55 scale True Metal die-cast Marshall vehicle. So right out of the box, your kiddo is ready for play. (No batteries are needed for this playset!) But for even more action, I highly recommend the PAW Patrol True Metal Movie Gift Pack of 6 Collectible Die-Cast Toy Cars. This set gives you an additional five characters* to help with rescue missions. And since my daughter’s favorite character is Skye, it was a must for us. 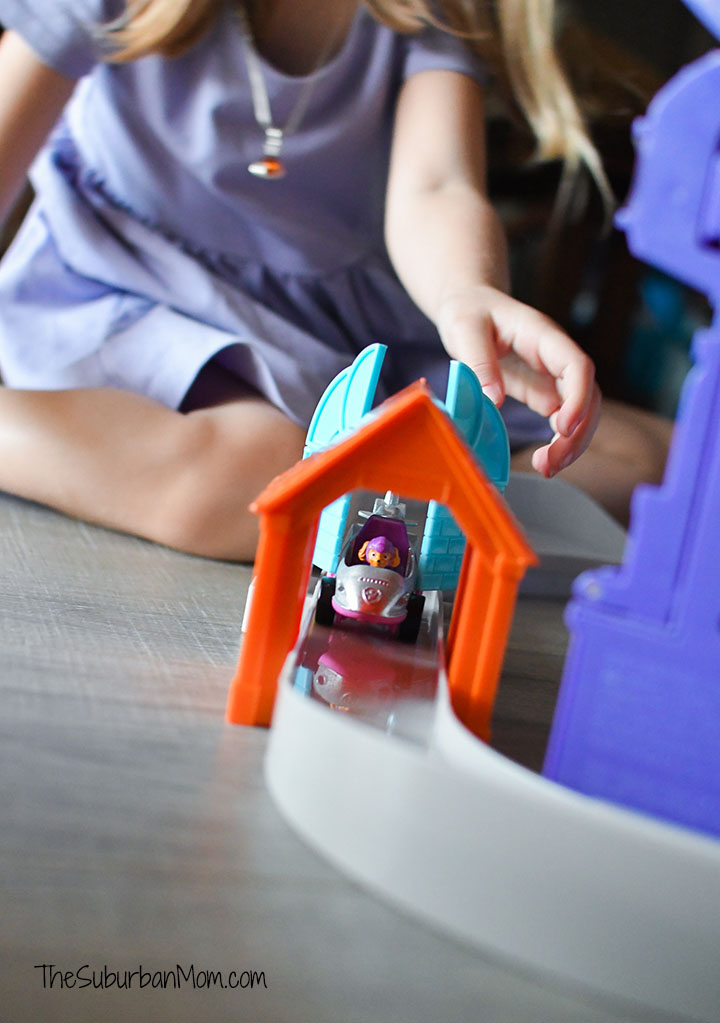 *Note, the gift set comes with a second Marshall vehicle.

There are endless ways to play with a race track, but the PAW Patrol Movie True Metal Total City Rescue Set is set up to help kids recreate three movie scenes –  Marshall bursting through the obedience school’s wall, putting out the fireworks at City Hall and capturing Mayor Humdinger.

My daughter’s favorite part is launching the toys on the track. The launcher easily rotates so kids can turn it to the left or right depending on which interactive feature they want to engage. Because my daughter hasn’t played with a race track like this before, the launcher took some getting used to. If she doesn’t push it hard enough, the cars don’t go far enough. If she hit it too hard, the cars flip off the track. Getting it just right took some getting used to, but honestly, she was all giggles whether the car barely moved, flipped off the track or triggered the interactive feature. 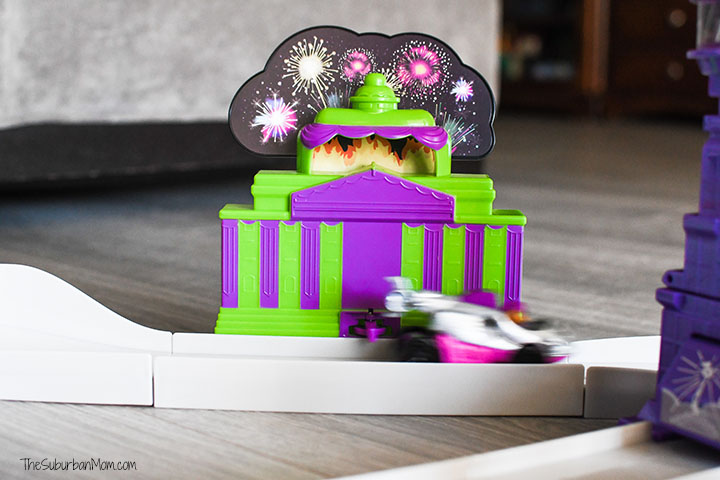 PAW Patrol Where To Buy

I knew the PAW Patrol Movie True Metal Total City Rescue was a total hit when the first sounds I heard when I woke up the next morning were those of her playing with the playset and vehicles on her own. She had gotten out her other PAW Patrol toys and had a whole imaginary story going on before I had even gotten out of bed this morning. I loved walking out to hear her imagination taking over. 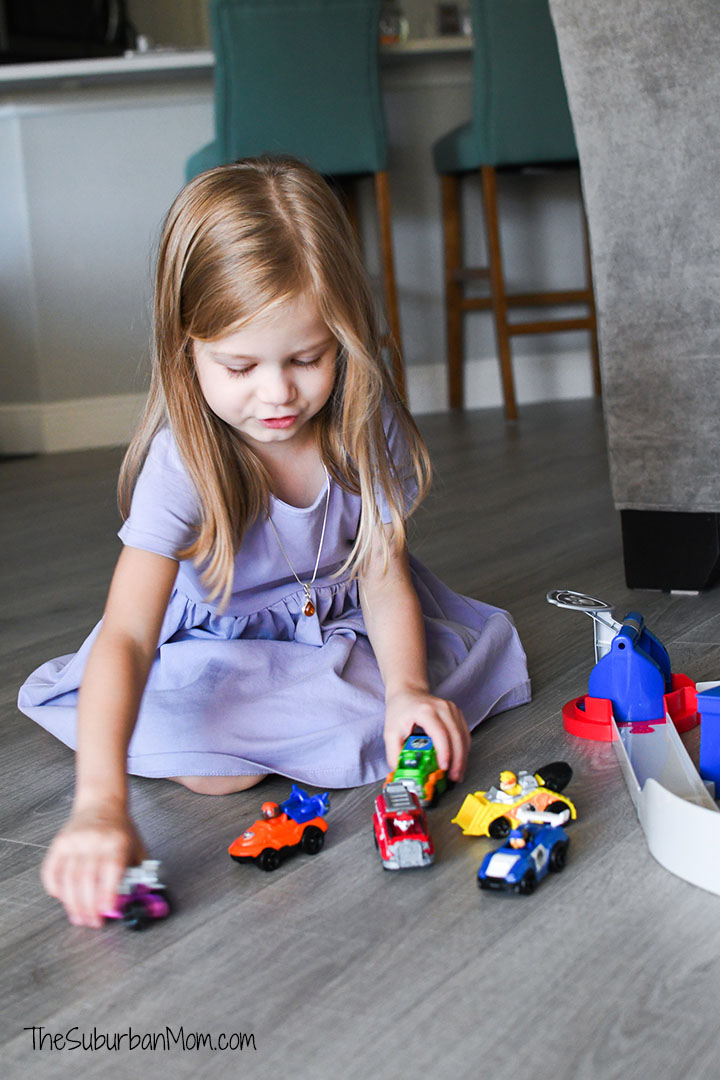 “No job’s too big
No pups too small
Paw Patrol, we’re on the roll!” 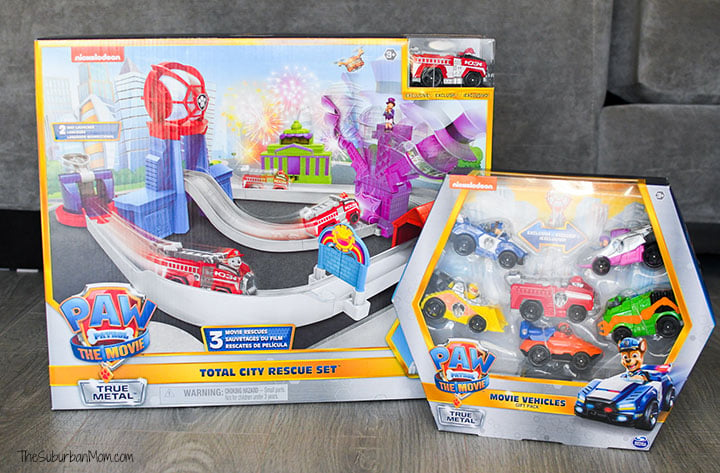